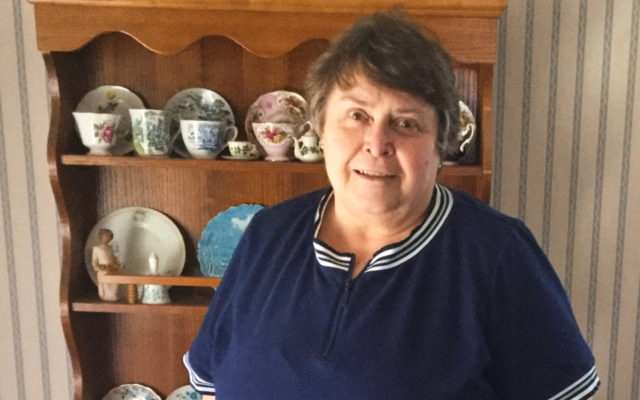 Jen Lynds • September 4, 2019
In years past, the month of August meant Gloria Powers of Houlton would be busy preparing for a return to the classroom.

In years past, the month of August meant Gloria Powers of Houlton would be busy preparing for a return to the classroom.

Normally, the Houlton resident would spend the bulk of the month drafting lesson plans or a syllabus, shopping for books and classroom supplies.

But this is no ordinary August for Powers. For the first time in more than four decades, she will not be returning to the classroom.

Powers, a longtime secondary education math teacher who has worked in both Calais and Houlton, retired in May after teaching her final class at the Houlton Higher Education Center for the University of Maine at Presque Isle.

“To be honest, I thought that I would be more excited for retirement,” she said recently. “I admit that I am already starting to miss it.”

After earning a bachelor’s degree in education from the University of Maine at Presque Isle, Powers began teaching math at Calais High School in 1973. After moving to Houlton, she taught at RSU 50 in Dyer Brook and in RSU 29 in Houlton.

Powers said that she became interested in teaching math after encouragement from several of her own teachers.

“When I was in sixth grade, I had Morris Cassidy as a math teacher,” she said. “He was really inspiring. There was just something about the way that he taught and encouraged me. I also had Beverly Clark in school, and he really encouraged me as well. I also had a great math instructor at UMPI who was very supportive. So I began thinking about a career in education.”

Powers said that she collected “so many great memories” over the years that it is hard to pick a favorite.

“The students that I had were wonderful,” she said. “I love when they come up to me and speak to me about the past and their lives now, because I think it shows they respected me.”

One of her favorite memories, she said, involves a student she taught in Houlton. He enlisted in the military, she said, so she always asked about him whenever she saw his parents. One day after he had finished his service and returned to the community, she said, he came to visit her and handed her a case. It was a medal that his superiors had told him to give to someone who had inspired and encouraged him.

“I could not believe he chose me,” she said. “It still brings tears to my eyes. To think that I was the person that he sought out — it is amazing.”

Powers said that she had always dreamed of teaching at the college level, so she decided to return to school and graduated with a master’s degree in education from the University of New England. She then secured a job at the higher education center.

“I loved teaching at both academic levels,” she said. “But the thing I loved about teaching in college was that some of the students I had in RSU 29 later ended up in my college classroom.”

Though Powers said she has no definite plans for retirement, she does have a number of hobbies to keep her busy, as well as two children and two grandchildren whom she plans to visit more.

Her daughter Angela, is a pharmacist in Manchester, New Hampshire, and daughter Renee is a nurse practitioner in Brunswick. She has offered her tutoring skills to her grandchildren, Regan and Sydney, and also plans to continue private tutoring.

“I want to keep my mind active,” she said Tuesday. “I definitely don’t want to lose the skills I’ve acquired.”

Only one member of Maine’s congressional delegation had come out in favor of impeaching President Donald Trump ahead of House Speaker Nancy Pelosi’s Tuesday announcement that the Democratic-led House of Representatives would begin an impeachment inquiry.
Pets END_OF_DOCUMENT_TOKEN_TO_BE_REPLACED

We think a cat can make for the best pet in the world. To truly love a cat, you must learn to accept them for what they are -- unpredictable and quirky, which is something unique and unlike any other pet.
Campaign Corner END_OF_DOCUMENT_TOKEN_TO_BE_REPLACED