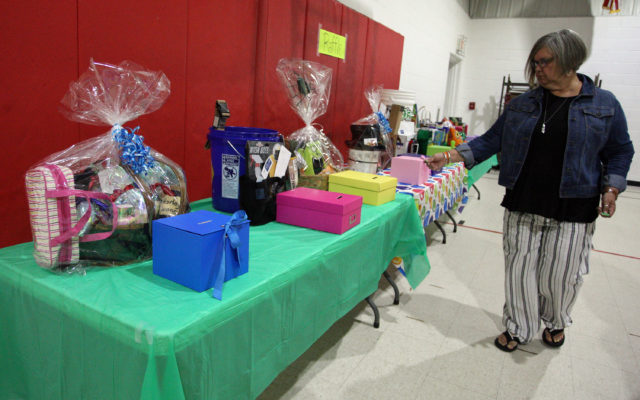 Joseph Cyr • September 9, 2019
There were plenty of smiles and few tears Saturday at the Oakfield Community Building as family and friends gathered to remember an Oakfield couple who were murdered in their home in 2013.

OAKFIELD, Maine — There were plenty of smiles and few tears Saturday at the Oakfield Community Building as family and friends gathered to remember an Oakfield couple who were murdered in their home in 2013.

The fifth annual “Mike and Heidi Victory Ride,” in memory of Mike Kitchen and Heidi Pratt was canceled for the first time in the event’s five-year history as heavy and steady rain blanketed the area.

“The motorcycle riders would have been here, but it really is a safety issue,” organizer Ken Bustard said. 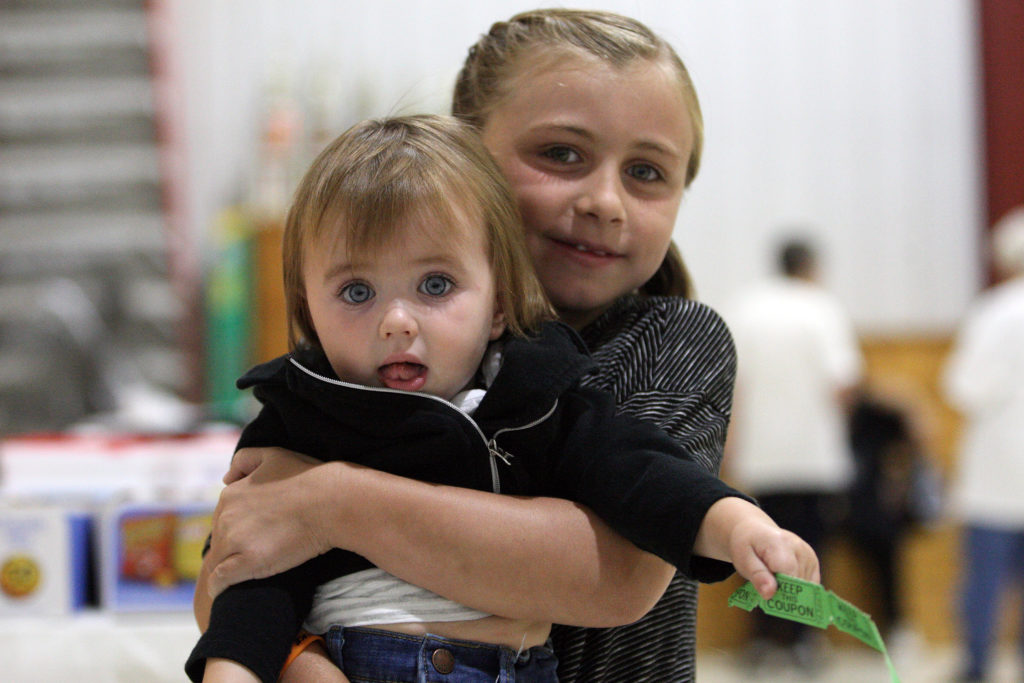 Little Rogan and Wren Bustard were among the many who gathered Saturday at the Oakfield Community Building for the annual Mike and Heidi Victory Ride event.
(Joseph Cyr)

Instead, those who gathered were able to enjoy more time socializing, enjoying a buffet lunch and bidding on many donated items for The Mike and Heidi Community Fund auction. Proceeds from that auction have been used to fund a scholarship.

At Saturday’s event Bustard announced that an endowment fund is being created at the Northern Maine Community College to create a lasting scholarship in the couple’s memory. A $5,000 check was presented Saturday to the college to start the endowment fund process. 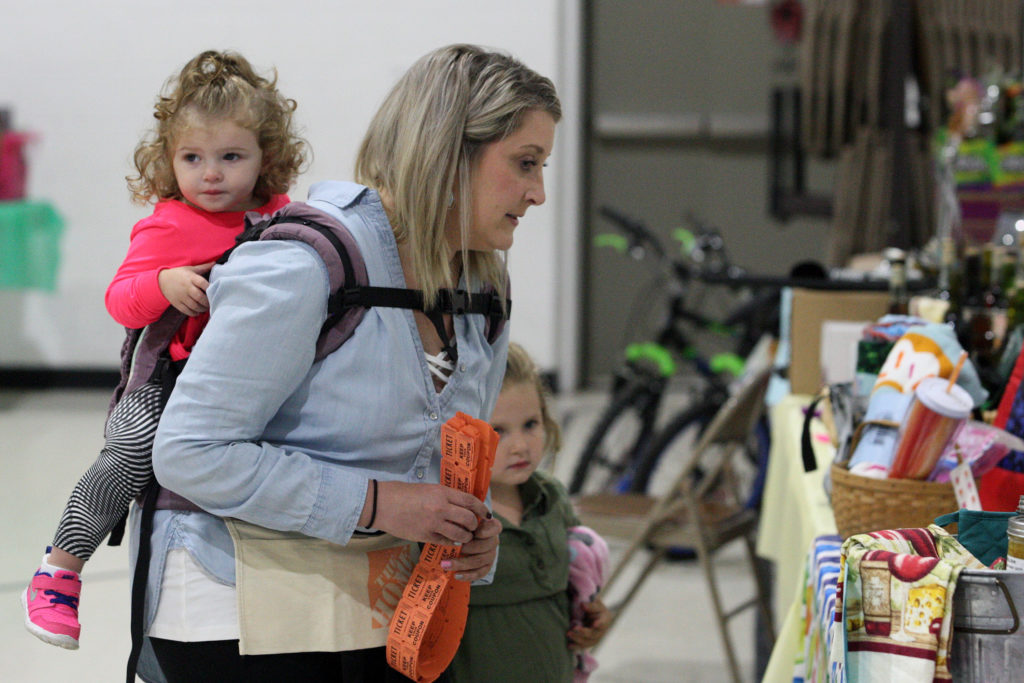 Shannon Lloyd, along with her children Lenon and Harper, checks out some of the auction items up for grabs at the annual Mike and Heidi Victory Ride event in Oakfield Saturday morning.
(Joseph Cyr)

Bustard said the group plans to end the memorial ride on the 10th anniversary of the couple’s death. Kitchen was a local mechanic in the Houlton area, while Pratt was a social worker.

Kitchen and Pratt were asleep in their 331 Oakfield-Smyrna Road home on Sept. 23, 2013, when Mathew Davis entered their home, killed the couple and set the home ablaze. He was convicted of the crime in 2017 and sentenced to life in prison. 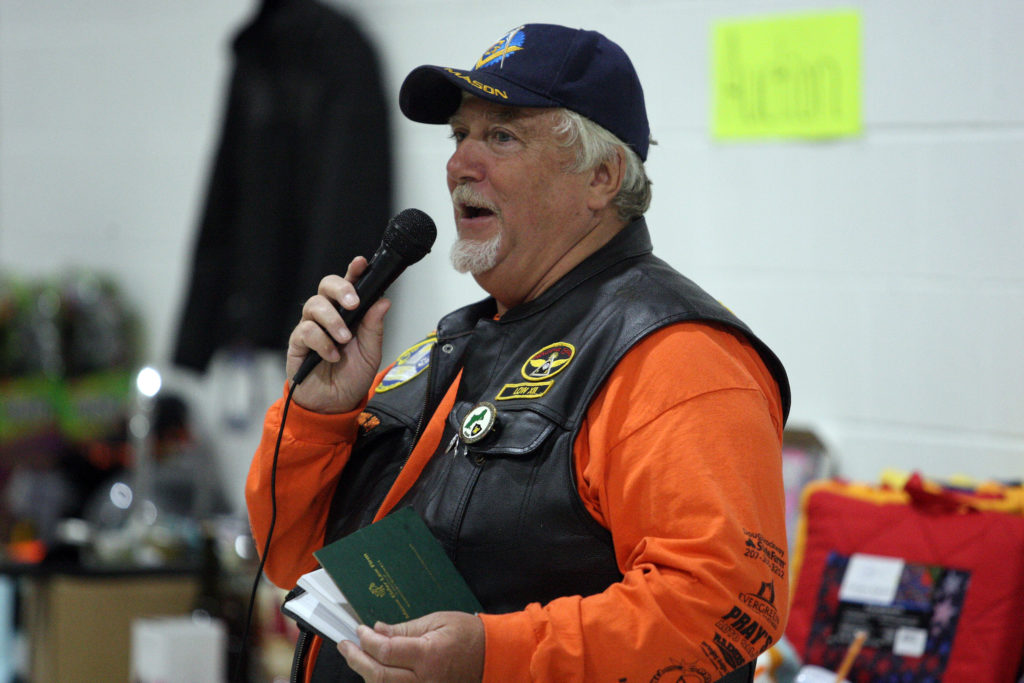 Ken Bustard, one of the event organizers, speaks to the crowd Saturday morning at the annual Mike and Heidi Victory Ride event in Oakfield.
(Joseph Cyr)

Brenda Hersey, Heidi’s sister, said the yearly gathering has been an emotional rollercoaster for everyone involved.

“My biggest fear is that people are going to forget her and Mike,” Hersey said. “They were such great people.They would give the shirt off their back to anybody in need. If anybody needed anything, they would always be there. My sister really would have loved coming to this event.”

A special tribute was unveiled at the event Saturday. A large metal memorial, created by an inmate at the Maine State Prison, was revealed prior to the lunch. The monument will be placed at the Kitchen and Pratt property, which remains under family ownership, as a lasting tribute to the couple. 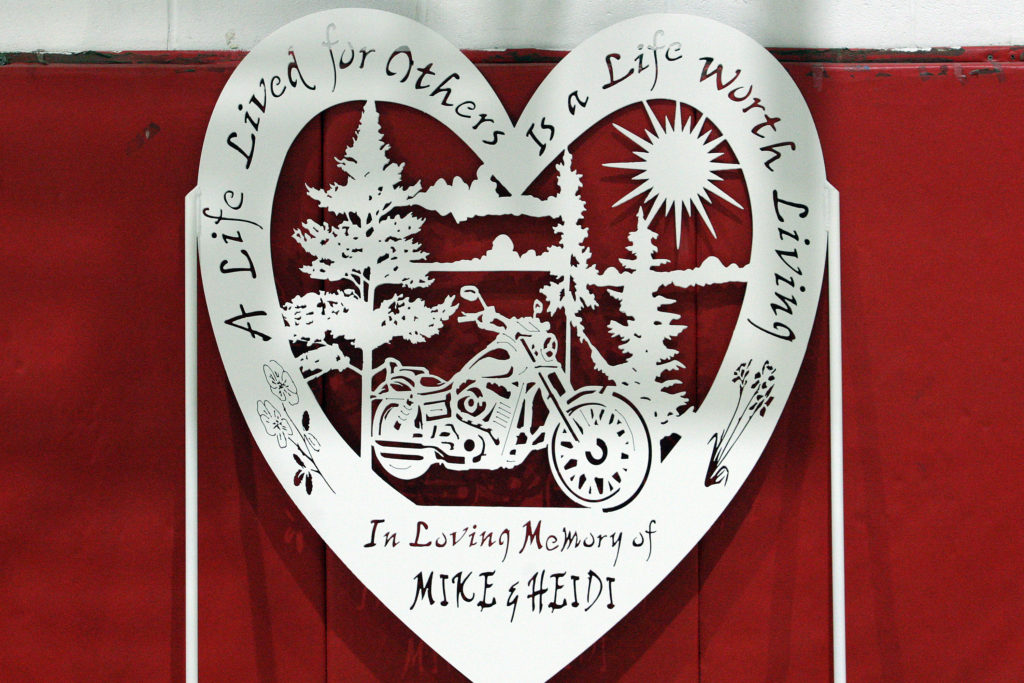 This sign was unveiled Saturday morning at the annual Mike and Heidi Victory Ride event at the Oakfield Community Center. The sign will be erected at the home of Mike Kitchen and Heidi Pratt in Oakfield.
(Joseph Cyr)

A donation was also made to the Ark Animal  Sanctuary on behalf of the couple. In years past, balloons have been released as a memorial tribute, but this year, organizers opted to gather pet food and other supplies for the Ark.

The Mike and Heidi Community Fund, a public charity nonprofit, is overseen by a board of directors. Board members include Heidi Pratt’s son, Paul Suiter of Portland as well as her sister Brenda Hersey of Oakfield. Additional board members are Joe and Becky McLaughlin of Limestone, Torri Bates of Smyrna, Jerri Russell and Shannon Lloyd of Oakfield, Ken and Pearl Bustard of Bucksport and Jill Bustard of Merrill. 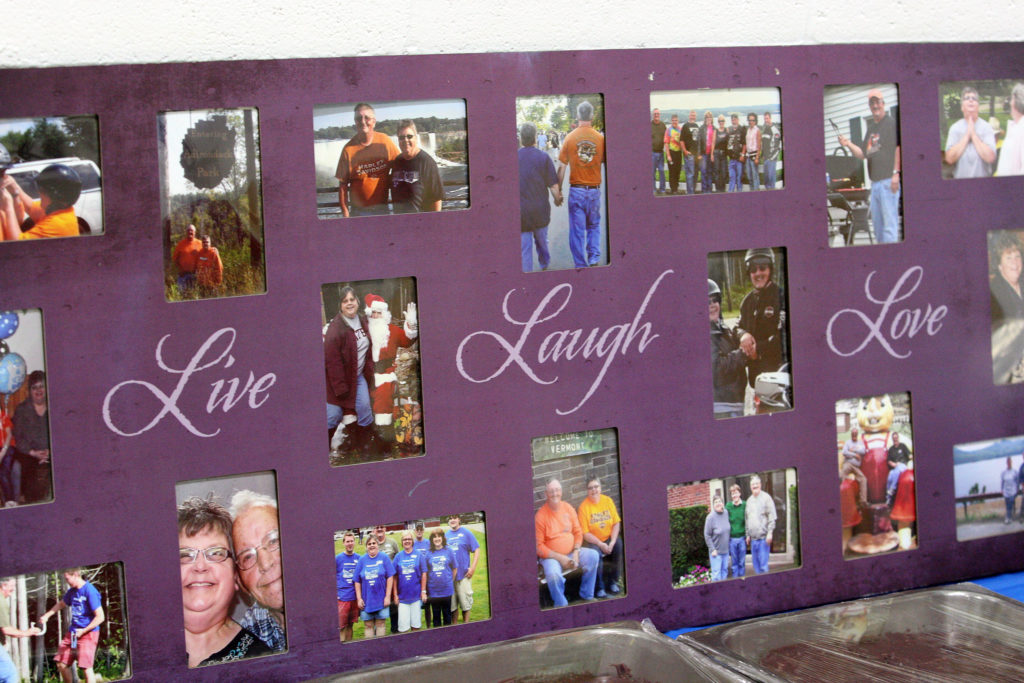 Photos serve as a somber reminder to the lives of Mike Kitchen and Heidi Pratt at the annual Mike and Heidi Victory Ride in Oakfield Saturday.
(Joseph Cyr)

Only one member of Maine’s congressional delegation had come out in favor of impeaching President Donald Trump ahead of House Speaker Nancy Pelosi’s Tuesday announcement that the Democratic-led House of Representatives would begin an impeachment inquiry.
Pets END_OF_DOCUMENT_TOKEN_TO_BE_REPLACED