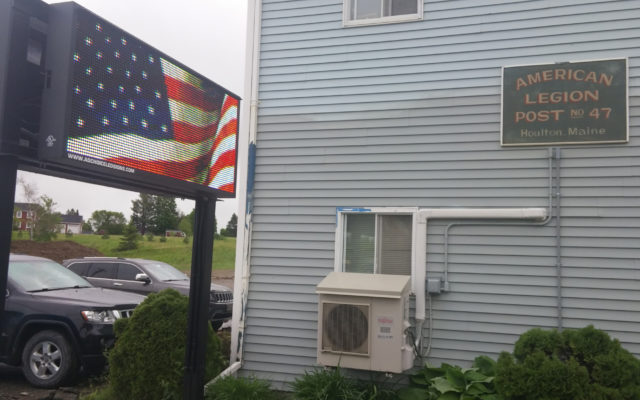 Joseph Cyr • September 10, 2019
Officials with the Chester L. Briggs Post No. 47 of the American Legion are optimistic that changes in the federal eligibility requirements will bolster the group’s membership.

HOULTON, Maine — Officials with the Chester L. Briggs Post No. 47 of the American Legion are optimistic that changes in the federal eligibility requirements will bolster the group’s membership.

“The Legion Act passed by Congress and President Trump reduced the eligibility requirements from seven periods (of conflict) to two,” explained Gerry “Butch” Riley, of the Chester L. Briggs Post No. 47. “Our hope is that it expands not only the Legion, but the Sons of the American Legion and for the Ladies Auxiliary.”

Riley said the signing of the Legion Act,also opens the door for about 6 million veterans to access American Legion programs and benefits that they previously had not been eligible for.

“This gives us an excellent recruiting tool that we did not have before,” Riley said. “Plus it gives veterans who signed the same pledge that many of us did an opportunity to take advantage of the many services that are available.”

According to the Legion’s website, the American Legion’s primary mission is to help American veterans and their families, as well as America’s children. The United States Veterans Bureau, the forerunner of the Veterans Administration was created in 1921 as a result of the efforts led by the American Legion. The American Legion also authored the first draft of the Serviceman’s Readjustment Act, popularly known as the GI Bill, passed by the U.S. Congress in 1944. The organization continues to press for improved educational and medical benefits for new veterans and for a complete accounting of all prisoners of war (POWs) and soldiers listed as missing in action (MIAs).

On Thursday, Rep. Harold “Trey” Stewart III, R-Presque Isle, announced he will run for a state Senate seat in the 2020 legislative election -- an important change for one of the most powerful representatives in the Maine House.
Pets END_OF_DOCUMENT_TOKEN_TO_BE_REPLACED