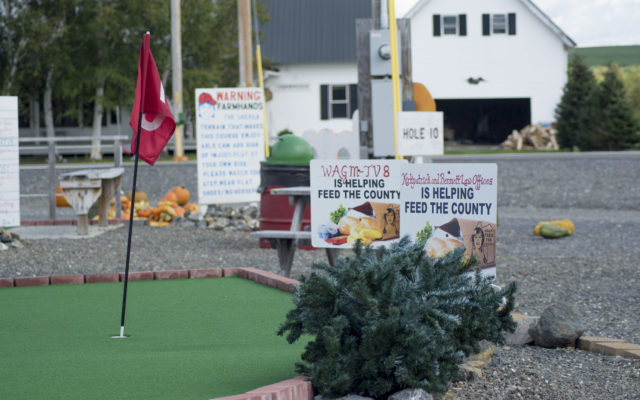 Chris Bouchard • September 13, 2019
Hundreds came out to enjoy mini golf, ice cream and a barbecue, and to venture through a Woodstock-themed corn maze during Goughan’s Farm’s fourth annual Feed The County Family Fun Day on Aug. 31.

CARIBOU, Maine — Hundreds came out to enjoy mini golf, ice cream and a barbecue, and to venture through a Woodstock-themed corn maze during Goughan’s Farm’s fourth annual Feed The County Family Fun Day on Aug. 31.

The event, which is a collaboration between Goughan’s Farm, Catholic Charities Maine, Aroostook Savings & Loan, and numerous local businesses, raised more than $6,800 for the Feed The County program, which is led by Dixie Shaw, director of Hunger and Relief Services at Catholic Charities.

Mark and Gloria Goughan and their daughters worked together with Shaw to organize the event, and Mark Goughan said this year’s event had an even larger turnout than anticipated. 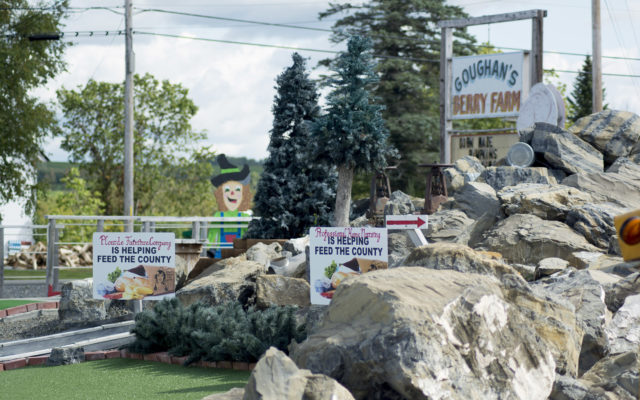 “We all put this together to help out Catholic Charities,” Goughan said, “and to feed the county.”

Money made during the fundraiser will benefit the 24 local food pantries served by the organization. 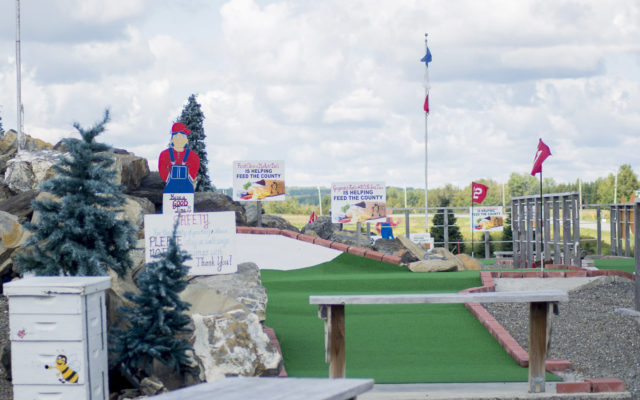 Goughan said preliminary meetings for the event typically start in January or February, and usually involve working out a date and time as well as a theme for the corn maze.

“We have about six meetings during the course of the year,” Goughan said. “But during the week before the event, we’ll all be talking to each other a couple times a day just to double check who is doing what, and what everyone’s responsibilities will be.”

Goughan said the recent event, as with the previous three, have all been a tremendous success, adding that he would be happy to continue hosting the event in the future.

“I don’t think there are any problems with doing another one next year,” he said. “I see no reason not to continue,” adding that he and others involved have been “extremely happy” with how everything has been going thus far.

After working together for four years, Goughan said the collaborative process is also becoming easier. He said he works with a small team consisting of about “six or seven” people and that, at this point, they have developed a pattern when it comes to organizing the event.

Aroostook Savings & Loan Marketing Manager Pam Sherman said that while the bank participates in several fundraisers throughout the year, this is their favorite event of the year.

“It’s so community oriented,” she said, “and we’re proud of the fact that over the past four years we’ve raised between six [thousand] and eight thousand each year. Cumulatively, over four years, that’s quite an amount.”

Sherman said the bank works closely with Feed the County and that some of its other fundraisers include a holiday light parade and a telethon with WAGM-TV.

“Goughan’s is special to us,” she said. “It’s near and dear because the community comes out to support us. All of our employees look forward to it every year, and for all four years, we’ve been blessed with beautiful weather.”

Only one member of Maine’s congressional delegation had come out in favor of impeaching President Donald Trump ahead of House Speaker Nancy Pelosi’s Tuesday announcement that the Democratic-led House of Representatives would begin an impeachment inquiry.
Pets END_OF_DOCUMENT_TOKEN_TO_BE_REPLACED