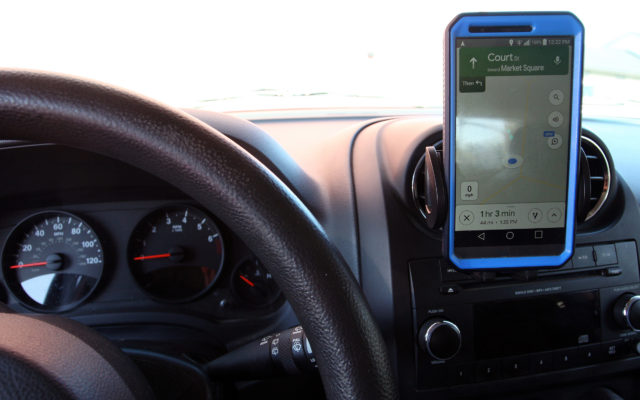 Joseph Cyr • September 14, 2019
The urge to pick up one’s phone while driving could come now with a hefty fine.

HOULTON, Maine — The urge to pick up one’s phone while driving could come now with a hefty fine.

Effective Thursday, Sept. 19, Maine law prohibits the use of handheld phones and devices while driving. Gov.r Janet Mills signed the new legislation into law in July to add further weight to an existing law that already made texting and driving illegal.

The new legislation now makes it illegal to use a cellphone for any phone calls, texting, surfing the web or any other purpose. In fact, simply holding a cellphone while driving is now illegal under the new rule.

“There seems to be a lot of misconceptions and misunderstandings of this new law,” said Lt. Brian Harris of the Maine State Police Troop F division in Houlton. “Some people think there will be a warning period to ease into this new law. That is simply not true.”

Harris said starting Sept. 19, troopers can and will be pulling over people they see driving and using a cellular phone. Because this new law makes using a cellphone a primary violation, police do not need any other reason to initiate a traffic stop if they see someone on their phone.

Those found in violation of the new law will be subject to at least a $50 fine for their first offense and $250 for a second and any subsequent offense.

The new rule does not necessarily make talking on one’s phone illegal. Harris said people are still able to use their phones in a “hands-free” manner provided the phone is mounted onto a dashboard mount or placed in some other location in the car. Many newer vehicles are now equipped with Bluetooth technology that allows one to access their phone through their vehicle’s radio simply by speaking.

“As long as they are not holding the phone in their hand, they can still make or take a call,” Harris said.

Another misconception is that an individual can use their phone while at a stop light, or while waiting in a construction zone. Harris said those zones are not exempt from the law and people caught using their phones can be summoned.

Using a phone as a navigational GPS tool is quite common today, but this too is not allowed under the new law, Harris said. Using your phone as a GPS tool is only allowed if the phone is mounted to a bracket.

Similarly, a phone may be used as a music player, but only if it is attached to a bracket. Tapping the screen to change a song is allowed, if the phone is mounted properly, he said.

People may use their phones if they are stopped, with their vehicle in park, in a parking lot, Harris added.

The law also applies to police, but there are some exceptions for law enforcement officers. If the officer is in an emergency situation and their primary radio is not working properly, they are able to use cell phones. For the state police, every cruiser is equipped with hands-free technology that allows an officer to carry on conversations through their radios, Harris said.

Tractor trailer drivers must also adhere to this new law, but they are still able to use citizen’s band (CB) radios for communication.

For the general public, there are two exceptions to the new law, he added. If a person sees a vehicle in front or behind them that they believe is breaking the law, such as a drunk driver, or if they are experiencing a medical emergency, a person is allowed to hold their phone to call the police.

Halfway Home Pet Rescue in Caribou has partnered with the Houlton Humane Society shelter for a cat spay and neuter clinic on Saturday, May 30, and Sunday, May 31, in Houlton.
Campaign Corner END_OF_DOCUMENT_TOKEN_TO_BE_REPLACED