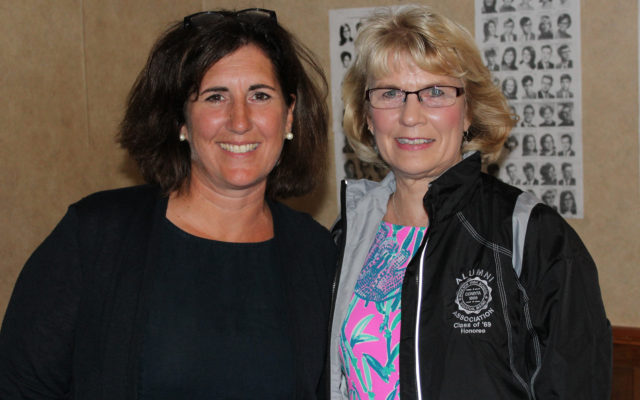 Saturday morning, members enjoyed a breakfast brunch at the Main Street Co-op and Farm Store shopped at the Downtown Farmer’s Market and toured Houlton High School early in the afternoon.

The main event began at 5:30 p.m. at the Shiretown Inn and Suites. Classmates and guests enjoyed a social hour, followed by dinner. Class member, Corrine Lynds Bongiovanni, raffled an original painting of train cars and raised $530 for the class scholarship. All guests attending received a reusable grocery bag embellished with the reunion date earmarking the 50 years since graduation. Albert Potvin, from New Jersey returned for his first reunion, while others traveled from Florida, North Carolina, Alabama and Ohio to attend.

The event culminated with several classmates meeting for breakfast before leaving the area. Plans were also discussed to attend the upcoming Houlton High School all class reunion planned for July 7-11, 2020.