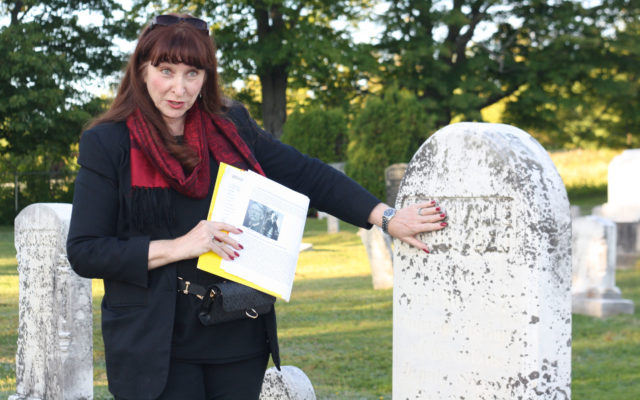 Melissa Lizotte • September 18, 2019
On the evening of Friday, Sept. 13, a small group of people gathered in the Fairmount Cemetery in Presque Isle to hear stories about a few of the people who made some of the greatest contributions to the central Aroostook city numerous decades ago.

PRESQUE ISLE, Maine — On the evening of Friday, Sept. 13, a small group of people gathered in the Fairmount Cemetery in Presque Isle to hear stories about a few of the people who made some of the greatest contributions to the central Aroostook city numerous decades ago.

Despite the Friday the 13th setting and a nearly full moon that would soon rise out of the darkening skies, the Presque Isle Historical Society tour did not feature tales of ghosts or spirits that haunt the 30-acre cemetery. Instead, Kim Smith took her eight guests on a journey back in time to the 1800s and early to mid-1900s, when many of the people who helped shape Presque Isle’s growth were alive. 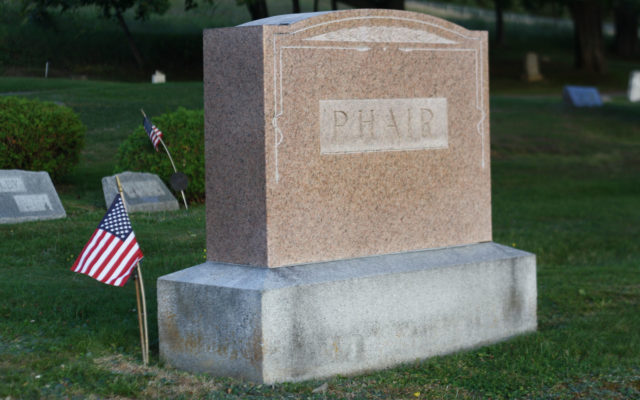 The Phair family, including the “starch king of Aroostook County” Thomas Phair, is one of many famous Presque Isle families buried at Fairmount Cemetery. (Staff photo/Melissa Lizotte)

Although the names on the monument do not represent all of the men from Aroostook County who fought on the Union side of the Civil War, many of those veterans are buried at Fairmount, including Charles Allen.

During his lifetime, Allen became president of the first bank in Presque Isle and was the grandson of John Allen, one of the pioneers of the town of Maysville, between Presque Isle and Caribou, which became part of Presque Isle in 1883. Charles Allen’s bank stood on what is now 428 Main St., the former location of Bike, Board and Ski.

“His building is one of the few original buildings left on Main Street,” Smith said.

Another important figure now buried at Fairmount is Thomas Phair, who was known as the “Starch King of Aroostook County.” Phair owned 20 starch factories during a time when potatoes started not as a food crop but as a seed crop. In the 1800s, the starch from potatoes was used for clothing produced during the Industrial Revolution. 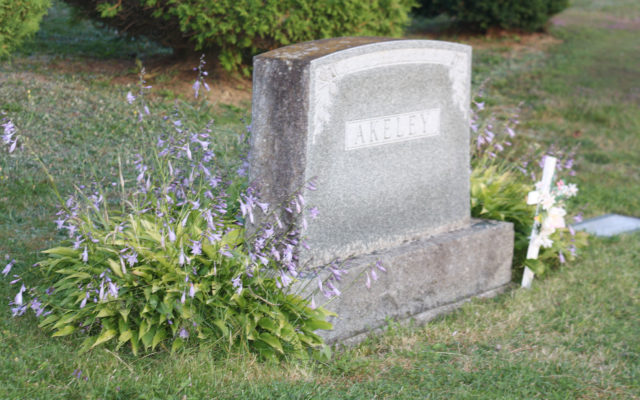 Phair also played a major role in establishing a public library in Presque Isle, now known as the Mark and Emily Turner Memorial Library. In the early 1900s, Phair purchased the land on Second Street, where the library currently sits, in order for the Presque Isle Library Association to apply for a $10,000 grant from famous millionaire Andrew Carnegie.

“In order to qualify for the grant the library would have to be built on land that city members owned,” Smith said. “Phair bought that land to move the project forward.”

Fairmount is now the final resting place of the library’s longest serving librarian, Beulah Akeley, who assumed the position from 1927 to 1945.

Akeley was known for bringing up the “controversial” idea during a Maine Library Association meeting that libraries should focus on “getting books off the shelves and into peoples’ hands” instead of trying to keep books on the shelves. She became known among library patrons as a welcoming person who wanted to make the library a home-like environment for everyone.

Smith explained that the historical society typically has a more difficult time finding information on women of Presque Isle’s past unless certain women wrote diaries or were “unusual.” One of those “unusual women” was Mary Oak, who not only never married or had children but also owned several businesses throughout her lifetime. 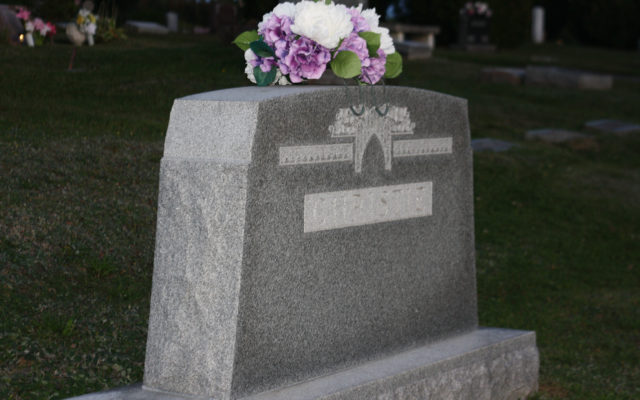 Augusta Christie was the first woman to serve in both the Maine House of Representatives and state Senate. (Staff photo/Melissa Lizotte)

“She dressed like a man and would drive herself to Florida and back alone, which was rather scandalous at that time,” Smith said.

In 1920 Oak opened Mary Oak Photography Studio on State Street and operated the business until the building burned in a fire. She later owned The Oak Hotel and apartment buildings and relocated her photography studio to the hotel. No one knows exactly how Oak died in 1982 but she is said to have “lived hard and partied hard” and was known to smoke and drink heavily.

One woman whose name might be more familiar to some people in Aroostook County is Augusta Christie, the first woman to serve in both the Maine House of Representatives and Senate.

During World War II, Christie served as an American Red Cross “gray lady” in European hospitals. She used her position in the state Legislature to advocate for the creation of an educational institution on land that was formerly part of the Presque Isle Air Force Base. That school is now known as Northern Maine Community College. 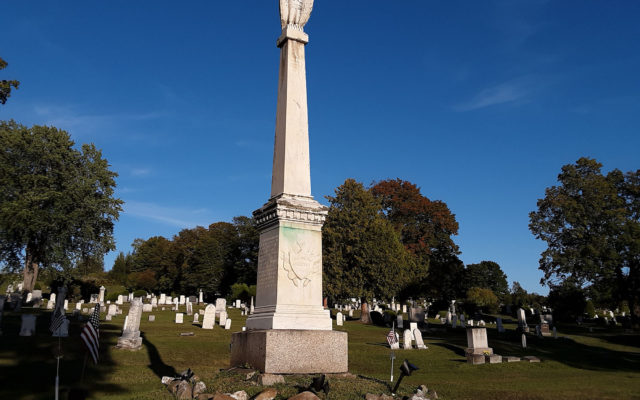 The Civil War Monument at Presque Isle’s Fairmount Cemetery stands at 15 feet tall and features names of soldiers from the city who fought on the Union side during the war. (Staff photo/Melissa Lizotte)

Sherri Guerrette of Mapleton, one of the people who attended the Fairmount tour, said she was surprised by how much history is hidden among the cemetery grounds.

“The stories are fascinating and Kim does a great job at sharing them with the community,” Guerrette said.

Laurie Amero, also of Mapleton, noted a more personal discovery she made during the tour: the burial spot of her great-great-grandfather, Charles Barland.

“If you’re a history or genealogy buff, I’d definitely recommend the tour,” Amero said. “It’s great finding out how many families have contributed to the community.”

The Presque Isle Historical Society typically hosts Fairmount Cemetery tours on the second Friday of the month from May to September.

Many of you have been following Luke's story on our Facebook page. Luke came to the Ark last July with his sister Lydia at 8 weeks old. Both Luke and Lydia were in really bad shape with untreated upper respiratory infection.
Campaign Corner END_OF_DOCUMENT_TOKEN_TO_BE_REPLACED