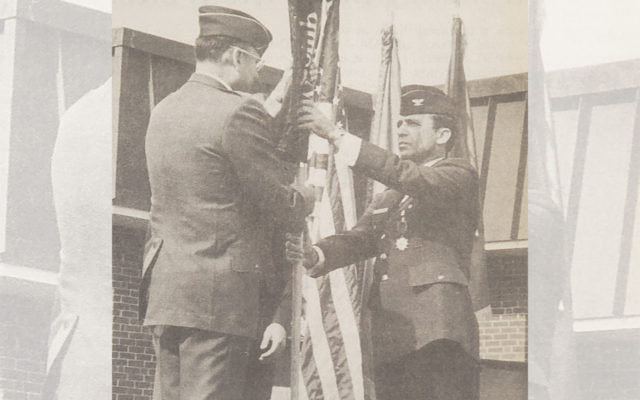 Compiled by Yvonne Tardie, Special to The County • September 23, 2019
101 Years Ago - Sept. 26, 1918 Dr. Swadener -- Dr. Madison Swadener, noted Chautauqua lecturer and reformer, spoke in Perry Theatre on an important subject of Win the War, or War-time Prohibition. His subject was The Final Drive for National Prohibition.

Dr. Swadener — Dr. Madison Swadener, noted Chautauqua lecturer and reformer, spoke in Perry Theatre on an important subject of Win the War, or War-time Prohibition. His subject was The Final Drive for National Prohibition.

Dr. Swadener was a man of striking personality, with the keen, penetrating glance and finely chiseled features of Henry Clay, or Senator Chauncey depew, the great New York after dinner orator. Dr. swadener was an optimist by birth, education and training, and had gathered a fund of experiences from every stratum of society, which he used with tremendous power in the uplift of men.

Milton Blackwell elected — At a reorganization meeting of the Presque Isle Community Association, M.S. Blackwell was elected president, Roland Andrews vice president, and Edward Green secretary and treasurer. The Association pledged to aid youth of this city, voted to the recreational pursuits of the quest the Community Chest to raise approximately $7,500 as their allotment in the forthcoming drive.

Chairman of C.S.C. — Mrs. Alvin Cotton of Presque Isle accepted the appointment as County Chairman of the Citizens Service Corps for Northern Aroostook, Mrs. Donald M. Payson, Director of the Maine CSC, announced. Mrs. Cotton, who had been CSC Chairman for Presque Isle since may 1943, replaced Mrs. J.J. Howlett of Caribou, whose resignation had been accepted. The resignation of Mrs. Howlett as County Chairman for Northern Aroostook terminated over a year of service to Citizens Service Corps. “Mrs. Howlett’s interest and cooperation had served as a stimulus to CSC work in her area,” Mrs. Payson stated. “Always cognizant of her responsibilities, she consistently supervised and promoted the CSC projects.” Despite her resignation, Mrs. Howlett offered to assist in any way she could.

New to Beaver Brook — A man known throughout Aroostook County for leadership in the potato and starch industries joined the marketing department of Beaver Brook Farms, Inc. He was G. Franklin Washburn Jr., Presque Isle, president of Presque Isle Starch Co., and he was involved in all the buying and selling operations according to Jack Roth, Beaver Brook’s president. Washburn devoted his career to the agricultural business of Aroostook County in a variety of positions.

Post Office recognition — Two members of the Presque Isle Post Office received suggestion awards, according to Postmaster William D. Halloran. Ralph Day, city carrier, was given $15 for a suggestion pertaining to housekeeping, while Herbert Baker received the same amount for a suggestion involving handling of supplies. Both employees received certificates of commendation from Postmaster Halloran in connection with their suggestions which were approved by the regional Post Office Department in Boston. It was Baker’s fifth award and Day’s first award.

March of Dimes walk — Many small steps for the March of Dimes, one giant effort to stamp out birth defects. More than 125 pledge earners and 50 of their walking peers took to the streets of Presque Isle Sept. 18, on a six-mile jaunt that raised approximately $13,000 for March of Dimes programs aimed at decreasing the number of low birth weight babies born each year. Sunday’s walk was the second of three Aroostook County walks planned for the summer.

New bank director — Katahdin Trust Company President, Steven L. Richardson, announced the appointment of Peter F. Briggs of Presque Isle to serve as a member of its board of directors. Briggs had served on the advisory board of the Presque Isle office since the spring of 1993. He owned and operated Aroostook Beverage Company in Presque Isle since 1961. A native of Lincoln, he attended the Bangor school system and attained his bachelor of science from Husson College in Bangor.

At the Houlton Humane Society, we take adopting the cats and dogs in our charge very seriously.
Campaign Corner END_OF_DOCUMENT_TOKEN_TO_BE_REPLACED