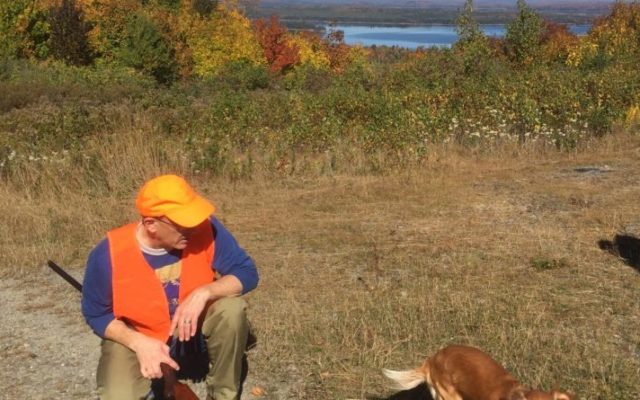 John Holyoke • September 26, 2019
Over three decades helping manage the state’s bird populations, biologist Brad Allen has learned a lot about the game birds — like ruffed grouse — that Mainers like to hunt.

Over three decades helping manage the state’s bird populations, biologist Brad Allen has learned a lot about the game birds — like ruffed grouse — that Mainers like to hunt.

One of the things the Maine Department of Inland Fisheries and Wildlife’s bird group leader has learned bodes well for the state’s bird hunters.

Decent weather — cool but not too cold — during the nesting season shouldn’t have hampered reproductive efforts, he said, and the population of grouse should be solid.

Maine’s opening day of bird season has traditionally fallen on the first non-Sunday in the month of October, but this year hunters will enjoy an extra two days afield, as long as they’re only targeting grouse, which are often referred to as “partridge.”

Grouse hunting kicks off on Saturday, Sept. 28, as a result of the Maine legislature’s passage of LD 265 into law. The bill was pitched as a “cast and blast” opportunity that would allow hunters to fish before many waters close on Oct. 1, and also hunt, on the same weekend. The goal was to boost business for Maine sporting camps.

But woodcock are considered migratory birds and hunting for them is regulated by a federal framework established by the U.S. Fish and Wildlife Service, which doesn’t allow hunting for the species until at least Oct. 1.

Therefore, on Saturday the bird-hunting will be a grouse-only affair, and it’s up to the hunter to identify a bird’s species before pulling the trigger.

“If you’re fortunate enough to have your dog point a woodcock, you can’t shoot it,” Allen said.

Woodcock season runs from Oct. 1 through Nov. 21, while grouse season stretches from Saturday until Dec. 31. No hunting is allowed on Sundays.

There is one potential complication that comes along with the early starting date, Allen said. State wildlife officials have long sought to give early moose hunters their own six-day season in the woods with no competition from upland bird hunters.

On Saturday, both groups will be in the woods at the same time in certain Wildlife Management Districts.

Some avid hunters will head afield with their well-trained bird dogs, while others will ride the roads, looking for grouse that may be warming up in the sun. Still others will walk through the the woods, or down roads, in hopes of spotting a bird.

Allen did have a few tips for this year’s bird hunters.

First, the massive tracts of commercial forest north of American Realty Road are still likely to produce the best hunting for a very predictable reason.

“There’s just so much land use up there that that favors early successional forest, that it’s probably some of the best available habitat in the whole state,” Allen said.

Those forests, which have been harvested and are in the early stages of growing back, are among the best places to find grouse.

Allen said that with millions of acres of habitat to choose from, it’ll still be possible to end up in spots that just doesn’t hold many birds. Focusing on places that have been productive in the past is more important than riding the roads for miles and miles in search of a bird to shoot.

“My advice to some of those people [who are having trouble finding birds] is, keep trying, and find the areas that you year after year find the most birds because that’s probably the best habitat,” Allen said. “And instead of driving 400 miles, you might want to park there and walk two miles and And you might experience [better hunting].”

In addition, it helps to pay attention to spots that might provide food for grouse.

“I like having bountiful wild apples or oaks because you can focus some of your hunting activities on areas where a lot of feed is and you’re going to find some birds,” he said.

Only one member of Maine’s congressional delegation had come out in favor of impeaching President Donald Trump ahead of House Speaker Nancy Pelosi’s Tuesday announcement that the Democratic-led House of Representatives would begin an impeachment inquiry.
Pets END_OF_DOCUMENT_TOKEN_TO_BE_REPLACED