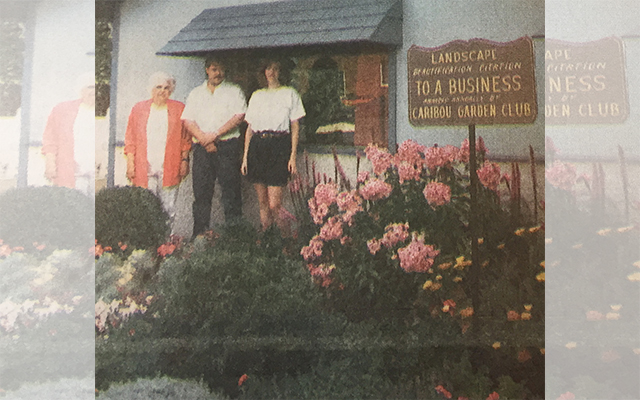 Beth Lacombe, Special to The County • September 30, 2019
115 Years Ago - Sept. 28,  1904 Farmers -- The Aroostook Federation of Farmers are now located in their new quarters in the Milton, Poland and Bishop brick block. Miss Annie McGlinn has been engaged as stenographer.

Farmers — The Aroostook Federation of Farmers are now located in their new quarters in the Milton, Poland and Bishop brick block. Miss Annie McGlinn has been engaged as stenographer.

Church — A contract for remodeling the Universalist Church has been given to S.C. Page. Many changes will be made, including the addition of a recess in the rear for a large pipe organ which has been purchased.

Hunt Up Your Old Skates — The Caribou Park & Rec. Committee disclosed last week plans for a skating rink this winter. Because of the wars skates are difficult to find. For this reason it seems we need to start a center for used skates. Searches in attics, cellars or garages are necessary to have enough skates. The dept. asks you to bring them in to be sharpened and repaired for the season.

Will Hit “Miss Maine” on the Nose — Gov. Kenneth Curtis plans to break a bottle of champagne over the nose of “Miss Maine 1969” Saturday, but it won’t hurt her. “Miss Maine,” in this case, is a 225 ton Boeing B52 Stratofortress Bomber, the Loring AFB entry in the 1969 Strategic Air Command bombing competition. Gov. and Mrs. Curtis, along with members of the Limestone and Caribou chambers of commerce, will arrive at Loring at 5 p.m. for the christening ceremony. Afterwards, they will have a chance to look at the lady’s “makeup.” “Miss Maine’s” new paint job represents the state well. A green pine tree and her name decorate the left side of her fuselage. Bright red Maine lobsters are emblazoned on the right side of the fuselage and the fuel tanks on the wing tips.

Nursing Home Start Welcome — The announcement that Caribou will, in all probability, have a new 75-bed nursing home in operation by next year is an encouraging word for those who have been aware of the need for such a facility here. The Rev. John Wright of Mars Hill, who says that extended care units will be included in the home on South Main Street, also indicates that $600,000 will be invested in the building, its equipment and furnishings. This means, of course, that it should be most desirable home for the elderly needing extended care as well as for Medicare patients. The architectural design of the structure, which will be “Y” shaped, is interesting in that the building will extend in the wings from the present home, which is owned by Mrs. Flora Anderson — this home which she is to remain in for her lifetime. Long-range plans call for it to eventually have 100 beds. The new facility will make a welcome addition to the Caribou scenery with its opening in 1970.

Open House Set — The Lars Noak Blacksmith Shop and Woodworking Shop in New Sweden has a large collection of turn-of-the-century tools displayed on one wall of the shop. The tools were collected over many years by Dr. Frank Horton and were donated to the colony, the historical restoration and preservation society which restored the Noak Shop. An open house at the shop will be held Saturday afternoon, Oct. 8, when visiting blacksmith Bob Klar will present blacksmithing demonstrations and teach the rudimentary elements of the art. The public is invited.

Band Earns Recognition — The Cleary Country Band opened the show for the Lee Greenwood concert on Sunday, Aug. 21 at the Forum in Presque Isle. Band members are Mike Poisson, Greg Pelletier, Mike Pelletier and Dale Corbin. Proceeds of the concert benefited the cancer clinic expansion at Cary Medical Center in Caribou. Also, the local band took first place for the best band in the Fourth of July parade in Limestone. The tractor trailer flatbed that the group rode on was donated and operated by Roger Niles of Caribou.

At the Houlton Humane Society, we take adopting the cats and dogs in our charge very seriously.
Campaign Corner END_OF_DOCUMENT_TOKEN_TO_BE_REPLACED