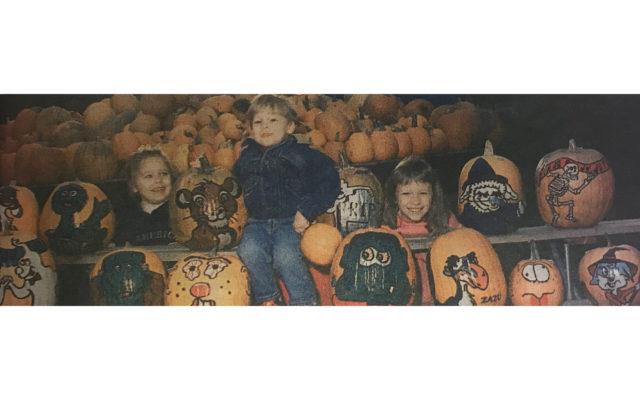 Compiled by Lanette Virtanen, Special to The County • October 8, 2019
A representative of the Crown Piano Co. was at Hagerman and Astle’s music store Monday demonstrating the mechanism of the Crown piano.

Demonstration — A representative of the Crown Piano Co. was at Hagerman and Astle’s music store Monday demonstrating the mechanism of the Crown piano.

Work coming along — The frame of the mammoth storehouse of John Watson Co. at the B & A is completed and work on the building is being rushed.

Arrived — Mr. John F. Law arrived here from Boston on Wednesday last and has assumed his duties at the Houlton Shoe Hospital, where he will have charge of the retail department.

Entering politics— W. J. Ryan of Portland, the blind Almanac salesman who has supplied the people in this section for more than 25 years, has just announced his intention of entering politics and will seek nomination for a seat in the Legislature.

Celebrates anniversary — A reception was held in honor of the 50th wedding anniversary of Mr. and Mrs. Benjamin Hanning at the home of their son and daughter-in-law, Mr. and Mrs. Harry Hanning, on Tuesday. There were many friends and relatives present and a social evening was enjoyed at the close of which refreshments were served, by the hostess.

Attends meeting — Mr. and Mrs. David Dunn left Monday for a  two-day trip. They will spend one week in Los Angeles, California, and the second week in San Francisco, where Mr. Dunn will attend the National Morticians Meeting at the Fairmont Hotel.

Bazaar winner — Albert Sparrow was the eighth and final winner in the Bazaar of Values promotion, which was sponsored by the Pioneer Times in conjunction with 42 local business firms. During the eight weeks of the promotion a total of $200 in cash was awarded. For four weeks, there was a cash prize of $10, for the next three weeks the prize was $20 and the eighth and final drawing was for $100. Mr. Sparrow was presented his prize from Michael Clark, owner of M. A. Clark, where he made his winning purchase.

Retires — Evelyn Dow received a plaque on her retirement after 34 years of service to Aroostook County, the last 20 years as register of deeds. Presenting the plaque are County Commissioners Norman Fournier, of Wallagrass and Paul Adams of Houlton.

Graduate of Hamburger U — Heidi D. Abbotoni, manager at the McDonald’s restaurant in Houlton, graduated with honors from McDonald’s Corporation’s Hamburger University with a ‘bachelor of hamburgerology’ degree and an appointment to the university dean’s list. McDonald’s managers are trained in general business management including customer service, personnel practices, quality assurance, equipment fundamentals, accounting and marketing.

At the Houlton Humane Society, we take adopting the cats and dogs in our charge very seriously.
Campaign Corner END_OF_DOCUMENT_TOKEN_TO_BE_REPLACED