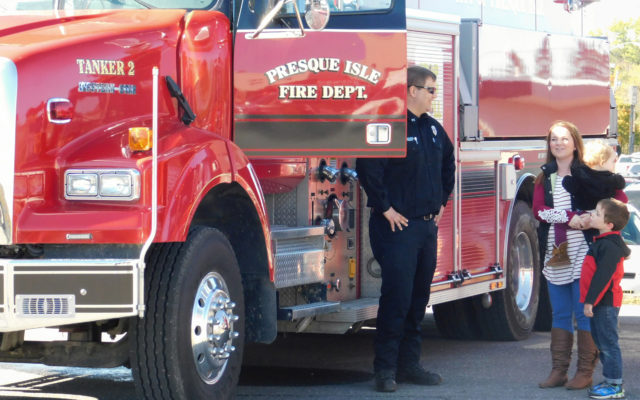 Nina Mahaleris • October 8, 2019
Kids and their families from around The County tested their fire safety skills and had some fun, including seeing firefighting vehicles up close, during the Presque Isle Fire Department’s annual open house on Saturday, Oct. 5.

PRESQUE ISLE, Maine — Kids and their families from around The County tested their fire safety skills and had some fun, including seeing firefighting vehicles up close, during the Presque Isle Fire Department’s annual open house on Saturday, Oct. 5.

Fire trucks and tanks lined up one by one in the parking lot outside the station with their lights flashing. Firefighters stood beside the open doors, welcoming passing youth to stop and take a peek at the vehicles. 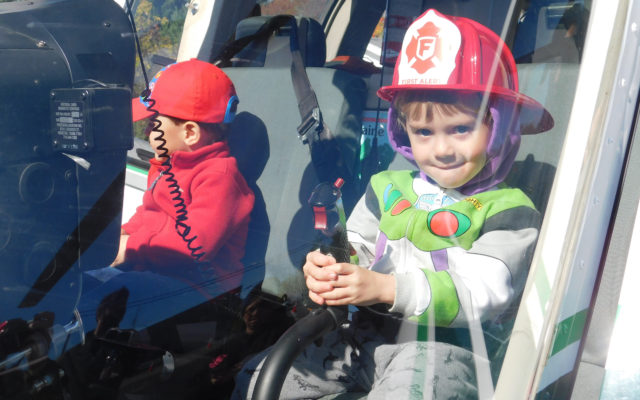 Inside, sounds of hammering and squeals of excitement echoed throughout the station as children worked on building their own toy fire trucks and picked out plastic fire hats to take home.

The department also offered a buffet of soup and sandwiches for parents as they perused the various booths with fire safety information for their children.

Some kids took part in an obstacle course set up and coached by firefighters. Darting through stray hoses and cones, they tried their hand at firefighting by spraying water at a wooden house frame with plastic pieces made to look like fire jutting out of the windows. 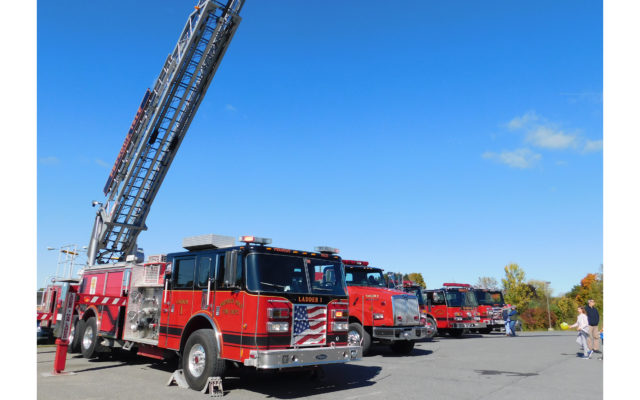 Firetrucks line up for viewing outside the Presque Isle Fire Department during the open house on Saturday, Oct. 5. (Staff photo/Nina Mahaleris)

The Maine Forest Ranger Service also appeared for the event, arriving by helicopter. Some kids watched through the windows of the station as the helicopter made its landing just behind the building.

Children and their families lined up around the helicopter, waiting for a turn to sit inside and see how the aircraft worked.

Along with the fire trucks and tanks, youngsters also got to sit inside a big yellow truck, which firefighter Matthew Harris explained was used to put out airport fires and could spray both water and foam, depending on which was needed for the emergency. 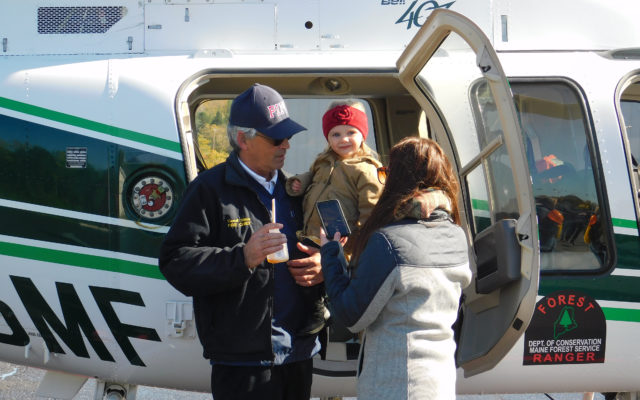 Jessica Poisson of Presque Isle brought her eager children, 2-year-old Rose and 5-year-old Michaeal, to the station to see the trucks and helicopter, knowing they wanted to look at the vehicles.

But once they got there, neither Rose or Michael dared to sit inside the huge machines, and both were seemingly content enough to just stand outside and look.

“It’s fun, though, I’m glad they do this,” said Poisson about the open house.

During the event, children climbed into the trucks to look at the various buttons and levers that make the vehicle run. Firefighters offered them popcorn and balloons, along with goodie bags to hold their firefighting souvenirs of the afternoon. 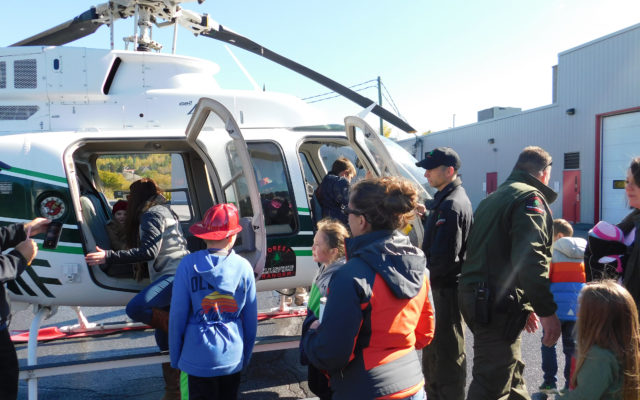 Kids wait their turn to sit inside a helicopter brought by the Maine Forest Rangers Service at the Presque Isle Fire Department open house on Saturday, Oct. 5. (Staff photo/Nina Mahaleris)

Halfway Home Pet Rescue in Caribou has partnered with the Houlton Humane Society shelter for a cat spay and neuter clinic on Saturday, May 30, and Sunday, May 31, in Houlton.
Campaign Corner END_OF_DOCUMENT_TOKEN_TO_BE_REPLACED