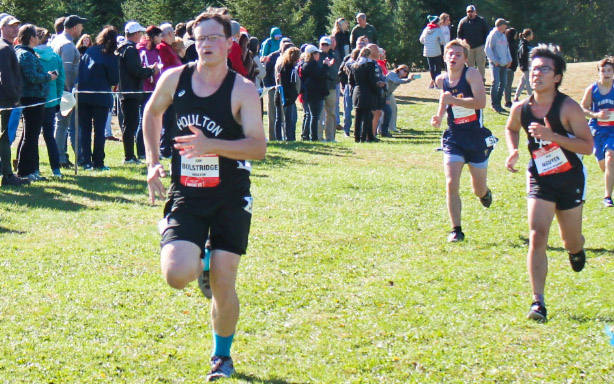 Joseph Cyr • October 9, 2019
The Festival of Champions is a special turning point in the season for many programs around the state and greater region, as 77 squads participated in this year’s meet.

BELFAST, Maine — The Festival of Champions is a special turning point in the season for many programs around the state and greater region, as 77 squads participated in this year’s meet.

Sixty-five Maine schools were joined by another 12 from New England and the Canadian Maritimes for this year’s race.

“Our small contingent of athletes ran up against some of the best in the sport and were in the mix with 1,000 boys and 644 girls,” Houlton coach Chris Rines said. “In order for the course to accommodate the volume of runners, the meet was broken up into different heats. There is an unseeded (slower) section, seeded (faster) section, and all freshmen are also separated in their own section.” 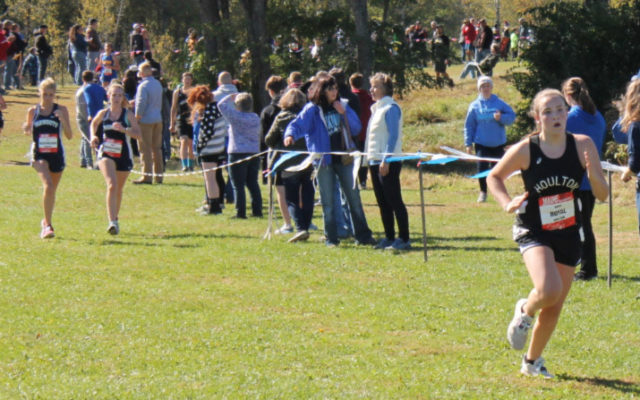 Hope Royal races along the course of the Festival  of Champions in Belfast Saturday. (Photo Courtesy of Chris Rines)

The Houlton/GHCA girls team was understaffed for the race due to two runners nursing nagging injuries and a third who had fallen ill late last week. With only four girls placing, the Shires were unable to post a team score.

The boys team was able to score and had its best showing of the year thus far. “Just about every runner ran a career personal best yesterday, if not, they posted a season best time,” Rines said.

Bringing a new kitten into your home is exciting, whether this is your first or another addition. Your kitten will be entirely reliant on you to ease his/her transition to a new home.
Campaign Corner END_OF_DOCUMENT_TOKEN_TO_BE_REPLACED