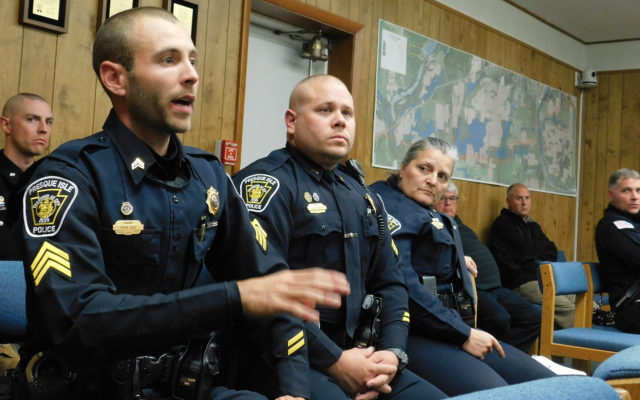 For months, Presque Isle’s first responders have pressed city officials to adopt the program, which law enforcement personnel have said would improve their employee retention rates, keeping officers on the force longer.

Since 2006, the city has paid $581,304 in training costs for new police officers, according to a memorandum from City Manager Martin Puckett on Aug. 1. The majority of the 10 patrol officers with the department have less than five years of experience and only three have more than 10 years. 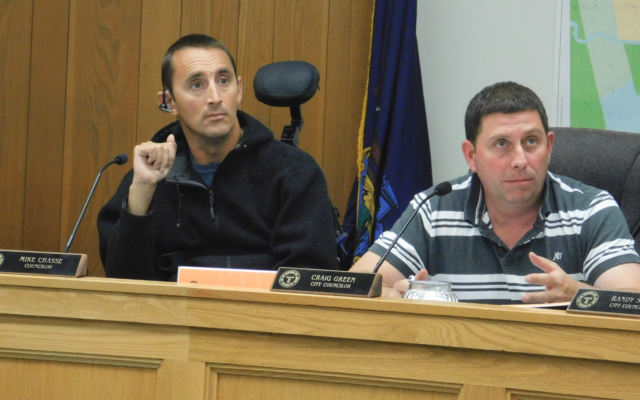 The department has struggled in recent years to retain officers, who often take positions with other agencies that offer the state retirement program as a benefit.

City councilors said during the Oct. 3 meeting that Presque Isle already has a retirement plan in place, just not MEPERS. City employees previously had access to 401K and 457 plans for their retirement savings, Puckett confirmed Thursday.

Along with a retention problem, Presque Isle police also face the challenge of attracting people to apply for vacant positions, which they attribute to the ability of other departments to offer MEPERS.

More than 150 Maine municipalities offer MEPERS, according to data from the city manager’s office. Thirteen towns in Aroostook County participate in the program including Easton, Fort Fairfield, Fort Kent, Limestone and Mars Hill, among others. Caribou Police and Fire departments also have the state retirement program.

Acknowledging the loss of officers citywide, Puckett wrote in his memorandum to the council, “While we may be unable to compete with federal jobs, other local departments have similar wages, but they offer [state retirement], which puts us in a considerable disadvantage.”

At least a dozen Presque Isle police officers and firefighters waited their turns during the meeting to make their cases for adopting MEPERS. Two officers who were recently promoted to the rank of sergeant urged the council to approve bringing back the statewide retirement plan.

“The reason we’re not getting applicants is solely because we don’t have Maine state retirement,” Sgt. Tyler Cote told the council.

A number of first responders, along with one representative from the District Attorney’s office, said that officers are overworked and need the city to readopt the retirement plan that they think will encourage people from other areas to apply to work in the Presque Isle department.

The department now has two openings for officers. In July, the department was down by more than a third, with six vacant positions.

Officers told councilors the physical and psychological stress of working in law enforcement will not be sustainable as they get older, and the city needs the state retirement program to attract younger officers.

Presque Isle once offered this plan to city employees but withdrew from it in June 1996, according to Deanna Doyle, the participating local district plan administrator for MEPERS.

While struggling to fill vacant positions in the department, Presque Isle police officers started contacting the agency on their own to ask about rejoining the plan.

According to Doyle, city officials then started “seriously inquiring” about re-establishing the state retirement plan, but hadn’t made an official decision until the council meeting on Wednesday night.

“[We] can’t compete with Caribou, Fort Fairfield or Fort Kent,” said councilor Jacob Shaw after listening to the testimonies from first responders.

But city councilors remained skeptical of the program, some arguing that it was too great a risk that would trap the city into a retirement system for the next few decades.

Bringing up the agency’s history, Chairman Mike Chasse appeared uncertain about the program, saying that it can’t guarantee that the savings will be available to employees in the future, and that it might put a financial burden on the taxpayers.

Chasse said he understands the urgency of the problem, but didn’t necessarily think the retirement plan would fix it. “Things are desperate but I don’t want to open the city up to a liability.”

“At the end of the day, it’s either you guys who pick up the tab … or it’s the taxpayers,” he said.

Councilors pressed the city’s first responders, asking them if they truly understood the program they were requesting, pointing out that employees would see wage cuts of 9-12 percent if the program were adopted.

Police Chief Laurie Kelly countered that argument, saying that Social Security isn’t totally guaranteed, either. “Nothing is a given,” she said. “The retirement benefit is not about the money.”

“My problem would be the irreversibility of it,” said Councilor Randy Smith. “I’m really hesitant to put my approval on [this].”

Some councilors expressed frustration with being pressed to make a decision that would affect city employees for decades to come. Kevin Freeman argued that if employees want to move to other agencies, having the state retirement plan won’t stop them from leaving.

City Manager Martin Puckett had told the council at the beginning of the discussion that employees have told him personally they would leave if the city couldn’t adopt the state program. He also said that during exit interviews, former employees regularly cited not having the program as the reason they were leaving the city.

The council couldn’t put off the decision until the next meeting, either, Puckett told them, because it would be too late to establish themselves in the program, which would begin on Jan. 1, 2020.

“I do feel like the revolver’s been pointed to my head a little bit,” said Councilor Kevin Freeman, who said employees in support of the plan were asking a lot of the council in a short amount of time.

But this is not the first time the council has deliberated over bringing back MEPERS.

In the past few months, while the police department looked into rejoining the program, the city council separately organized its own workshops and meetings to discuss the potential advantages and disadvantages.

The council also has been working with a representative from MEPERS recently to help inform its decision. Councilors discussed the employee retention problem during the Aug. 14 council meeting and also held a retention workshop on Sept. 9 so far this year to discuss solutions, including rejoining MEPERS.

City employees held steadfast to their position, unwavering amidst the council’s uncertainties about future implications.

“It is one giant step in solving this problem,” said Fire Chief Darrell White.

Halfway Home Pet Rescue in Caribou has partnered with the Houlton Humane Society shelter for a cat spay and neuter clinic on Saturday, May 30, and Sunday, May 31, in Houlton.
Campaign Corner END_OF_DOCUMENT_TOKEN_TO_BE_REPLACED