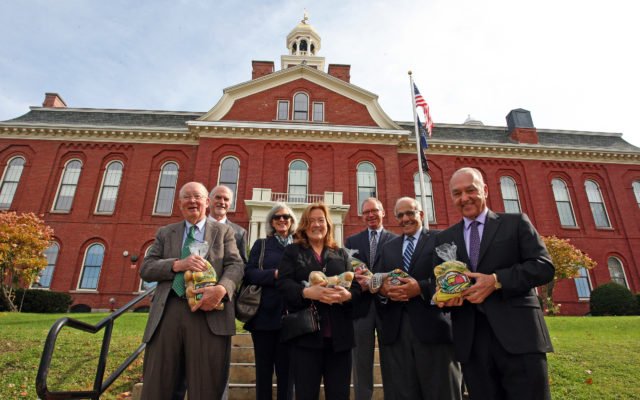 Prior to leaving the Shiretown, the justices met at the Houlton District Courthouse, where local attorney Richard Rhoda informed the group on how the gold leaf on top of the cupola came to be. 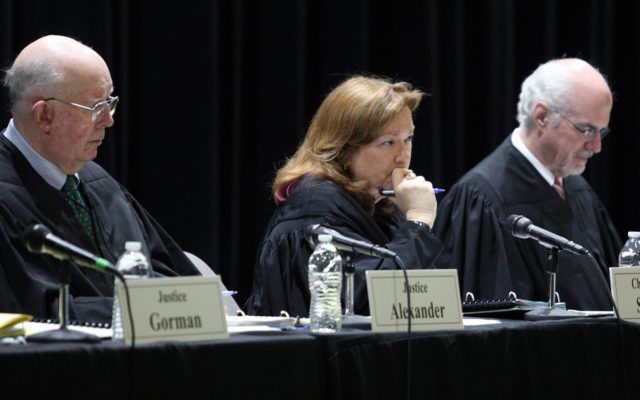 According to Rhoda, the gold leaf cupola is only the second such dome in the state and the only County Courthouse with a gold leaf dome. The only other gold dome is the former Catherine McAuley girls school in Portland.

Two years ago, $17,000 was raised to cover the expense of restoring the cupola, including a $5,000 donation from the Rockabema (Oddfellows) Lodge. Chief Justice Leigh Ingalls Saufley was the first justice to offer a donation for the cause.

The justices were also presented with bags of Aroostook County potatoes by Leigh Cummings of the “HomeTown Proud” committee.

Chief Justice Saufley said she was impressed by how well behaved and prepared the students were at the session.

“The school arguments were wonderful,” she said. “The principals for all three schools did an excellent job making us feel welcome and setting up the auditorium as a courtroom. The students paid great attention. We asked teenagers to sit still and be quiet for three hours while lawyers and judges talked, and they did it.” 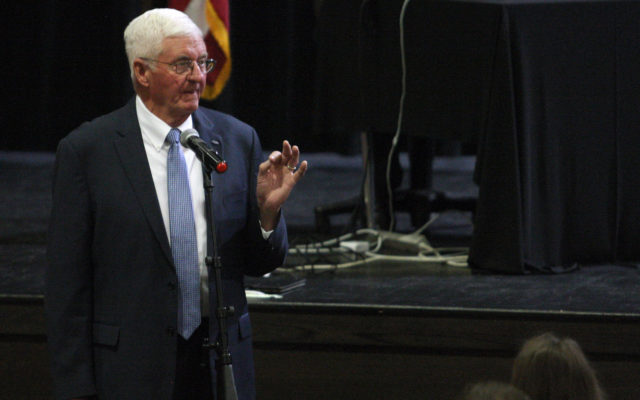 Sen. Mike Carpenter of Houlton speaks to the student body at Houlton Middle-High School Thursday, Oct. 10, to brief students from Houlton, Hodgdon and Southern Aroostook on the cases being presented before the Maine Supreme Judicial Court. (Staff Photo/Joseph Cyr)

Ingalls added the students asked thoughtful questions following each case and she was impressed with their behavior throughout the proceedings.

“I was so impressed by the students,” Ingalls said. “We hope it was meaningful for them as well.”

Maine Sen. Mike Carpenter of Houlton was one of the state representatives who helped bring the Supreme Judicial  Court to the Shiretown, along with assistant Houlton Principal Tim Tweedie.

“I am really pleased that we could bring the Supreme Judicial Court to Houlton,” Carpenter said.

In Erik Wuori vs. Travis Otis, the attorney for Otis sought to change the District Court verdict that required his 36-foot-long boat to be turned over to Erik Wuorki, as the boat was not being used for “commercial fishing.” Otis’ attorney appealed, arguing that his use of the boat to fish for lobster in closed or restricted waters to obtain data from each lobster for research purposes, for which he is paid, constitutes “commercial fishing,” thereby making his boat exempt from the claims of creditors.

In Sean C. Clark et al. vs. Beth Clark, attorneys for an heir of Kevin Clark, appealed a lower court decision, arguing that Kevin and Beth Clark obtained title to real estate as tenants in common when their mother died, that Beth had no authority as personal representative to alter the distribution of the property provided for in their mother’s will, and that when Kevin died intestate his one-half interest in the real estate passed to his heirs. 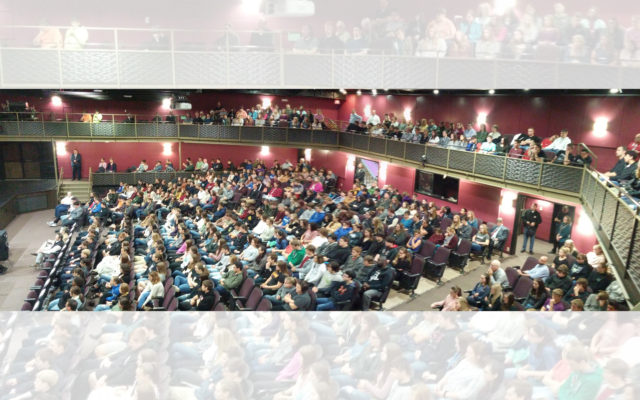 In the third case, state of Maine vs David Marble Jr., Marble’s attorney argued that a lower court decision should have been tossed out at the jury trial. David Marble was convicted of two counts of murder and one count of illegal possession of a firearm. Marble’s attorney appealed, arguing that the trial court erred in failing to suppress evidence, including cell tower location information, obtained from Marble’s cell phone because the warrant authorizing a search of the cell phone was not supported by probable cause. They also argued the court failed in providing jury instructions on accomplice liability because the evidence presented did not support the instruction.

The court sessions were tied into the curriculum for many of the students. “Our U.S. History and government classes have been recently focusing on the Constitution. The third case, which brought the Fourth Amendment into question, helps support what we’ve been discussing in class,” said  Heather Fagnant, a government teacher at Houlton Middle-High School.

“It gave me a realistic perspective on how our court system really works,” said Isabelle Cosby, a student from Houlton.

Caelib West added, “It was interesting to see what it is like. I found all of the cases interesting and easy to follow.”

Only one member of Maine’s congressional delegation had come out in favor of impeaching President Donald Trump ahead of House Speaker Nancy Pelosi’s Tuesday announcement that the Democratic-led House of Representatives would begin an impeachment inquiry.
Pets END_OF_DOCUMENT_TOKEN_TO_BE_REPLACED

We think a cat can make for the best pet in the world. To truly love a cat, you must learn to accept them for what they are -- unpredictable and quirky, which is something unique and unlike any other pet.
Campaign Corner END_OF_DOCUMENT_TOKEN_TO_BE_REPLACED