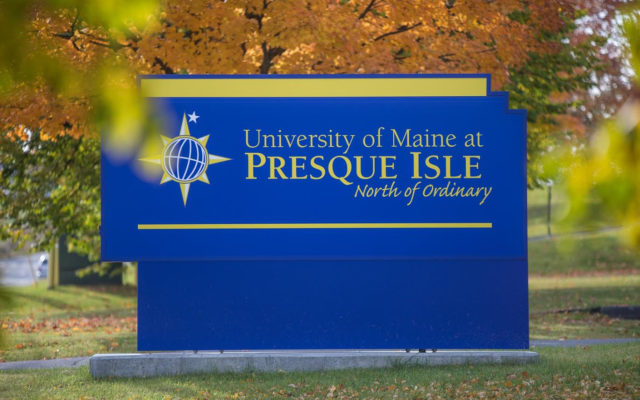 UMPI and UMFK joined GMRI’s Gulf of Maine Responsibly Harvested program in 2016 as members of the Maine Course initiative by Sodexo, the company that manages their food service operation. The GMRI program’s ecolabel identifies seafood that is traceable back to the Gulf of Maine region and species that meet important criteria around responsible harvest.

Over the past two years, Sodexo at UMPI and UMFK have shifted from buying fish imported from other parts of the world to purchasing fish like Atlantic pollock and Acadian redfish from the Gulf of Maine region. Sterling Hartin, food services general manager at UMFK, reported they’ve also seen more success in serving seafood in general.

“We serve fish and chips every Friday,” said Hartin. “When we explain to our customers what GMRI is and that we are actually serving a white pollock fish filet, they are amazed that this fish is not haddock or cod fish.”

According to Sodexo officials, by sourcing less well-known species, UMPI and UMFK are helping to drive demand for a broader range of abundant, responsibly harvested species from the Gulf of Maine. This, in turn, gives fishermen more options and helps to build stronger local economies across the state.

“It is a very satisfying feeling knowing we are helping local fishermen and, in some cases, introducing the students to something they never knew existed,” explained Craig Thompson, food services general manager at UMPI.

This month, GMRI Sustainable Seafood Project Manager, Sophie Scott, will officially recognize Sodexo at UMPI and UMFK for their achievements during a celebration event on each campus.

More and more, colleges are turning food into a way to attract students and an opportunity to positively impact the local economy. Academic institutions like the University of Maine System are working hard to bring students, staff, and the surrounding community fresh, sustainable, and increasingly local meal options.

The Maine Course is Sodexo’s commitment to make a positive economic impact in the state of Maine through the purchase of local products, produce, services and responsibly harvested underutilized seafood. Sodexo has committed to serving 100% Gulf of Maine Responsibly Harvested white fish at all their university locations throughout Maine by 2020.

UMPI and UMFK have reached this goal and all the colleges in Maine served by Sodexo are on track to reach 100 percent by this coming January.

Only one member of Maine’s congressional delegation had come out in favor of impeaching President Donald Trump ahead of House Speaker Nancy Pelosi’s Tuesday announcement that the Democratic-led House of Representatives would begin an impeachment inquiry.
Pets END_OF_DOCUMENT_TOKEN_TO_BE_REPLACED

We think a cat can make for the best pet in the world. To truly love a cat, you must learn to accept them for what they are -- unpredictable and quirky, which is something unique and unlike any other pet.
Campaign Corner END_OF_DOCUMENT_TOKEN_TO_BE_REPLACED