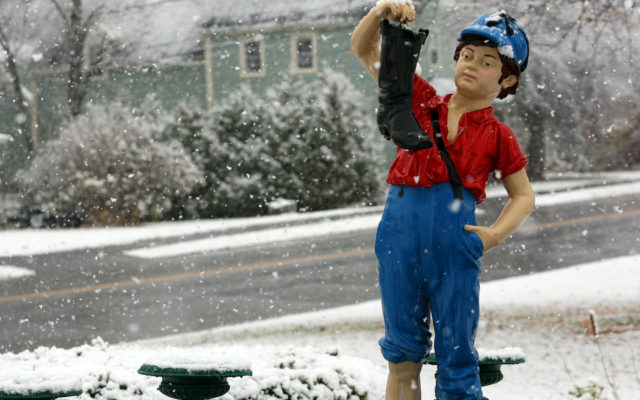 Some parts of Aroostook County receive four inches of snow

Jen Lynds • November 8, 2019
Residents across southern Aroostook County saw the first snowflakes of the season fall on Thursday, as parts of the region were blanketed with several inches of snow while others received only a trace.

CARIBOU, Maine — Residents across southern Aroostook County saw the first snowflakes of the season fall on Thursday, as parts of the region were blanketed with several inches of snow while others received only a trace.

A collection of chinese lanterns are picturesque with the first fallen snow upon them. These plants were found in Houlton.
(Staff Photo/Joseph Cyr)

Joe Hewitt, meteorologist for the National Weather Service in Caribou, said Friday that the bulk of the accumulation centered on southern Aroostook, after a swath of snowfall stretched over the area. Total accumulations were still being compiled in some places, he added.

“Houlton received the most snow, which was between four and five inches,” he said. “Linneus received 3.3 inches of snow, and so did Cary Plantation.”

Up in the St. John Valley in far northern Aroostook, Van Buren received 0.5 inches of snow.

In central Aroostook County, residents saw a mix of wet snowfall and light rain that didn’t stick to the ground in most places.

Carrie Shea, who lives in Presque Isle, said that she was surprised to hear from a friend in Houlton that her lawn was “covered in snow.”

“I had no idea what she was talking about,” she said on Thursday, laughing as she looked around at her still green and leaf-strewn front lawn. “It is pretty much just kind of raining here. I didn’t even know it was really supposed to snow.” 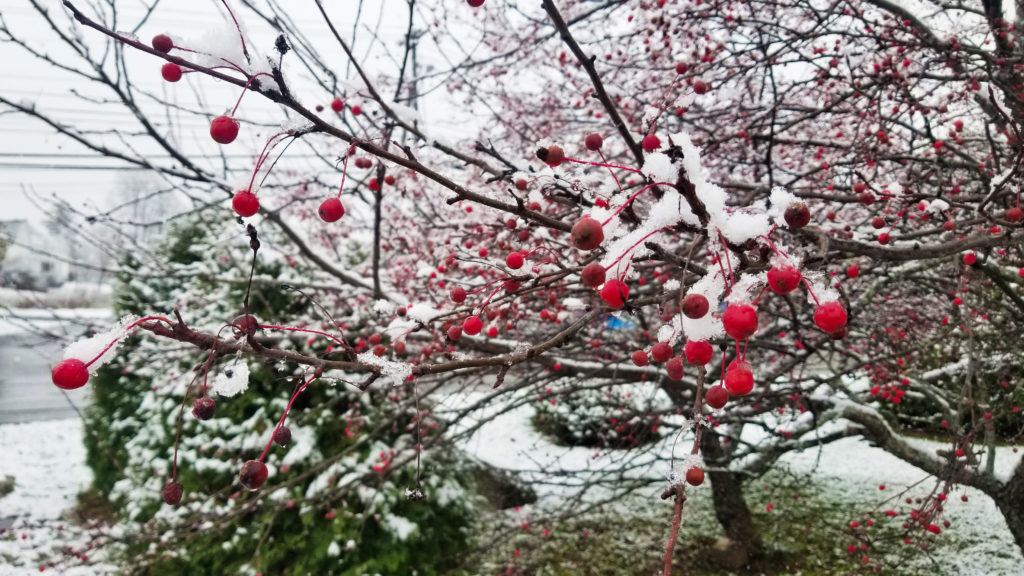 A crab apple tree at the Houlton Higher Education Center in Houlton was covered with snow Thursday morning as the first accumulating snowfall of the season took place.
(Staff Photo/Joseph Cyr)

“Pretty much everyone else just received a trace of snow,” he said, adding that snowfall amounts were lower than expected. 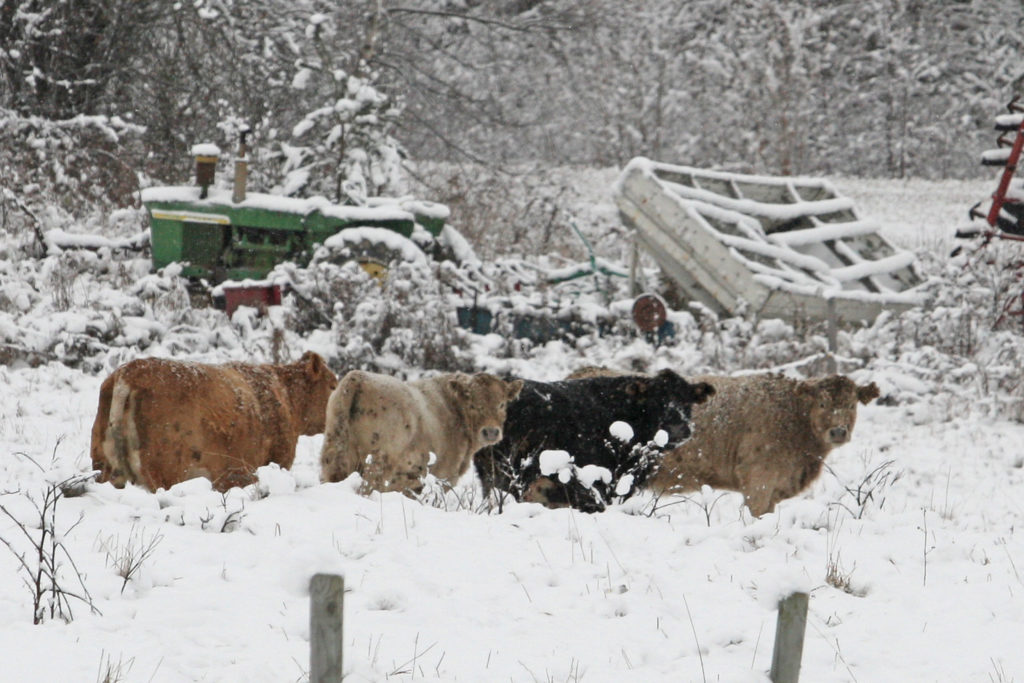 Cows graze in a pasture Friday morning in Hodgdon as snow continued to lightly fall in southern Aroostook County. About 5 inches of snow fell in the Houlton-Hodgdon area, marking the first snow of the season.
(Staff Photo/Joseph Cyr)

According to NWS Caribou records, the earliest Aroostook County has ever seen snow was on Sept. 29, 1991. Record keeping at the weather service  began in 1929.

The average date for snow to fall in The County is on Oct. 26. The most snow ever recorded in October fell in the Caribou area in 1963, when 9.4 inches was recorded. The second highest total, 7.6 inches, fell in 1959 in the Caribou area.

Halfway Home Pet Rescue in Caribou has partnered with the Houlton Humane Society shelter for a cat spay and neuter clinic on Saturday, May 30, and Sunday, May 31, in Houlton.
Campaign Corner END_OF_DOCUMENT_TOKEN_TO_BE_REPLACED