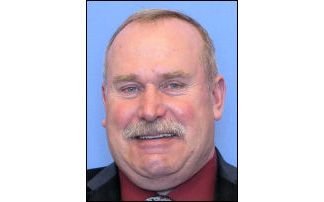 Recently, Sen. Michael Carpenter, R-Houlton, responded to my criticism of the extremism and out-of-control spending that one-party rule has brought to state government.  Regrettably, he failed to refute my key points. Rather than counter my major points, he listed a number of correct procedural facts and invited readers to call him if they had any questions. He said readers of The County deserve “straight talk.”

On this point we agree, so here goes:

Democrats, that control all of state government, passed an $8 billion dollar budget that is 11 percent higher than Gov. LePage’s last one.

To avoid tax increases [this year[, they spent 99.995 percent of all available monies, including the surplus accumulated under Republican leadership. The budget commits Maine to spending more than it takes in. There are also persistent rumors from lobbyists that they will get more money in January, when a large supplemental budget will be submitted by the governor.

Here are some of my original points that the Senator ignored:

The points that the Senator chose to make included the Maine Constitutional requirement that our state budgets be balanced, requiring bipartisanship. Republicans on the Appropriations committee did work in good faith with Democrats, resulting in the bipartisan committee procedural votes he cites.

Because Republicans hold 37 percent of the legislative seats, our ability to affect outcomes is limited. Despite that reality, our committee members were successful in having a Republican property tax relief proposal included in the budget. The Keschl/Millet proposal will provide $130 million in property tax relief to families and homeowners as Sen. Carpenter asserts.

I will once again state, for the record, that this has been the most extreme legislative session in Maine history.

The $8 billion budget that I voted against put our elderly and people with disabilities at the end of the line, in favor of potential new voters and able-bodied people from away seeking generous welfare benefits.

Most people know that if you spend more money than you take in, that is a problem. I favor using limited tax dollars to address our most pressing priorities, not rewarding narrow special interest groups with national agendas.

Straight talk, there it is.

A few years back the Ark was gifted with something that we never dreamed possible. It is a gift that left us speechless and opened a whole new door for us.
Campaign Corner END_OF_DOCUMENT_TOKEN_TO_BE_REPLACED