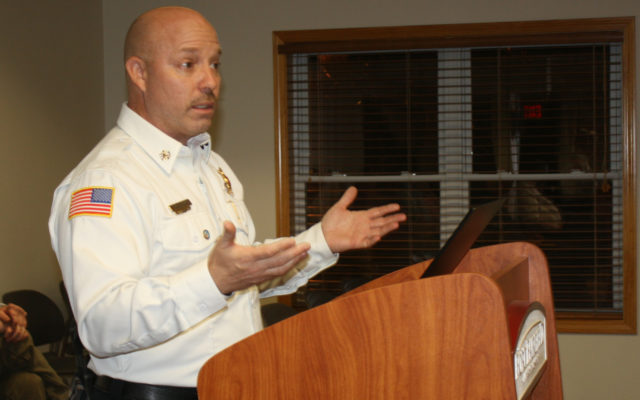 Melissa Lizotte • November 26, 2019
The Fort Fairfield Town Council has taken the next steps toward establishing a full-time fire and EMS service by approving the future purchase of two new ambulances to serve local residents.

FORT FAIRFIELD, Maine — The Fort Fairfield Town Council has taken the next steps toward establishing a full-time fire and EMS service by approving the future purchase of two new ambulances to serve local residents.

Councilors unanimously voted on Wednesday, Nov. 20, to have the town’s fire department purchase two Type III ambulances, which feature two-wheel drive and are mounted on a cut-a-way van chassis.

Councilors and community members were able to view a prototype of a Type III ambulance inside the fire station, courtesy of representatives from the Frenchville-based company Autotronics. 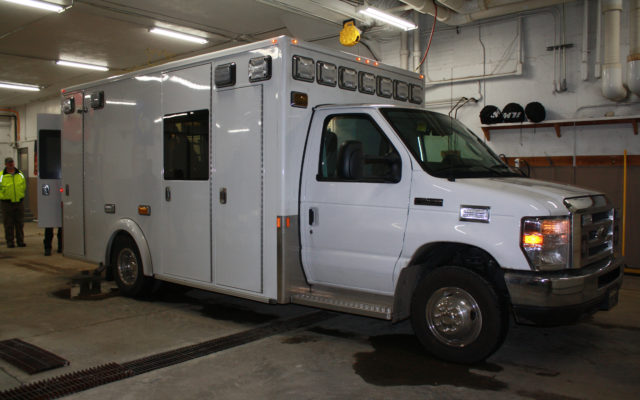 All councilors except Melissa Libby were present for Wednesday evening’s vote.

Fire chief Vince Baldwin has estimated the start-up costs for the fire and EMS service, including the two ambulances, to be $304,595, and the overall annual budget for the department to be $821,427.

The annual operating budget will include costs associated with salaries and benefits, medical supplies, vehicle maintenance, fuel and ambulance lease fees. The expected annual revenue for the town is around $169,556.

Baldwin recommended a lease package of $75,696 and a maintenance package of $28,000 that would offer full coverage if either ambulance broke down and a replacement was needed.

“This is a lease-to-purchase plan for five years,” Baldwin told the council. “The ideal situation would be to own the ambulances in five years.”

Councilor Scott Smith expressed support for the new EMS service, which the council approved in October, but had questions for Baldwin if the department had plans to extend coverage to the nearby towns of Limestone and Caswell. He referred to earlier discussions between Baldwin and the council about those towns and said Fort Fairfield should focus on its own residents first.

Baldwin noted that the current fire/EMS budget is based on Fort Fairfield only, but said the department would still provide back-up assistance to other towns during large-scale emergencies, as they have in the past.

He said that future conversations might involve thinking about covering other towns, as long as the towns pay for the associated costs of Fort Fairfield’s ambulance coverage.

“No longer are the days where the smaller towns like Fort Fairfield can bear the costs for EMS coverage themselves,” Baldwin said, referring to the increased collaboration between neighboring Aroostook towns for EMS services.

Moving forward, Baldwin said that the next steps for the town are to reach out to local banks to finalize the loan process and begin searching for EMS employees. They will also discuss equipment purchases. He hopes that the EMS service will be up and running by March or April 2020.

Halfway Home Pet Rescue in Caribou has partnered with the Houlton Humane Society shelter for a cat spay and neuter clinic on Saturday, May 30, and Sunday, May 31, in Houlton.
Campaign Corner END_OF_DOCUMENT_TOKEN_TO_BE_REPLACED