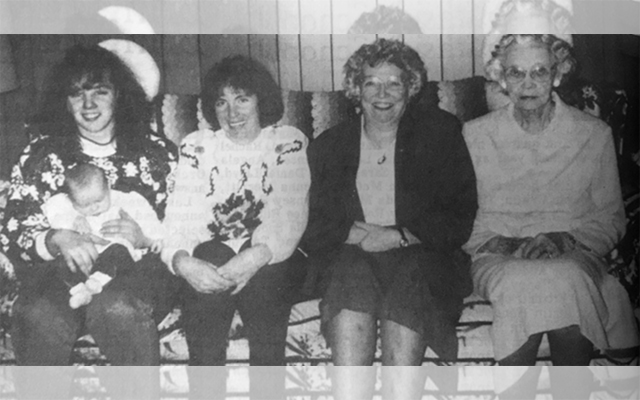 Back in town — Norman Shea, brother of Geo. Shea of this town, arrived here Monday from Seattle.

He will associate himself with his brother in the Houlton Foundry and Machine Co. He was formerly connected with the foundry in this town when it was run under the firm name of Graves & Shea. For the past dozen years Mr. Shea has been in the employ of the U.S. Government.

Moved into town — Mr. and Mrs. Samuel Bubar have moved into town from their farm in New Limerick for the winter. Mr. Bubar will be employed by the Eastman Heater Car Co., having charge of all cars in this town.

Open house draws 1000 — An estimated 1,000 persons braved the rain Thursday afternoon to attend the open house that marked the 31st anniversary of Houlton Farms Dairy. Alan H. Clark, owner of the dairy, said the group included an estimated 600 adults and 400 children. Special tours of the dairy’s new facilities were conducted.

Outstanding farmer — Robert Heath of Patten was honored last week by being named the Outstanding Farmer for 1969 by the Southern Aroostook Soil and Water Conservation District. The presentation was made during the District’s annual meeting at the Grange Hall in Houlton by Arthur Crouse, a District supervisor, also from Patten. Mr. Heath and his brother Wayne are potato farmers in Patten.

A few years back the Ark was gifted with something that we never dreamed possible. It is a gift that left us speechless and opened a whole new door for us.
Campaign Corner END_OF_DOCUMENT_TOKEN_TO_BE_REPLACED