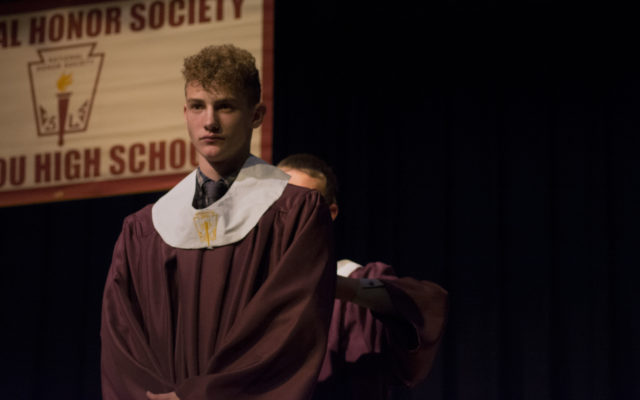 Chapter President Shelby Barnes welcomed guests as they stood for the national anthem, and discussed the importance of the National Honor Society before new members were inducted.

“Members of this chapter are more than just good grades and good performance in school,” she said. “The members of the National Honor Society are well rounded individuals that contribute to their families, their school and their community.”

As an example, Barnes explained that the Caribou NHS has assisted with numerous events and activities throughout the year, including the Caribou Marathon, Maine Special Olympics, the festival of trees, academic night and an annual food drive. 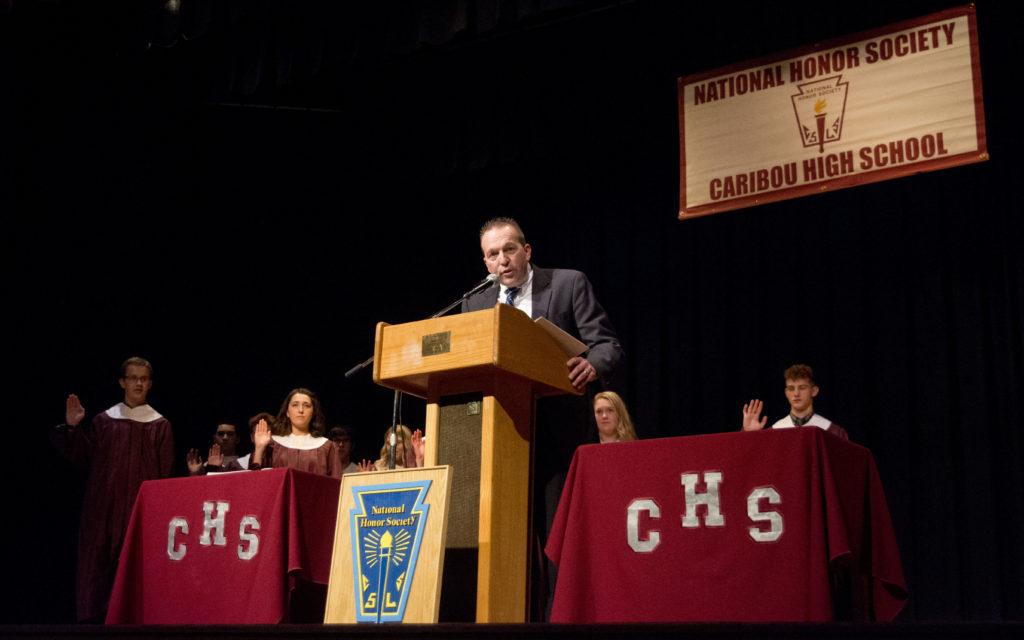 NHS officers each described the “four pillars” of the organization after the induction. 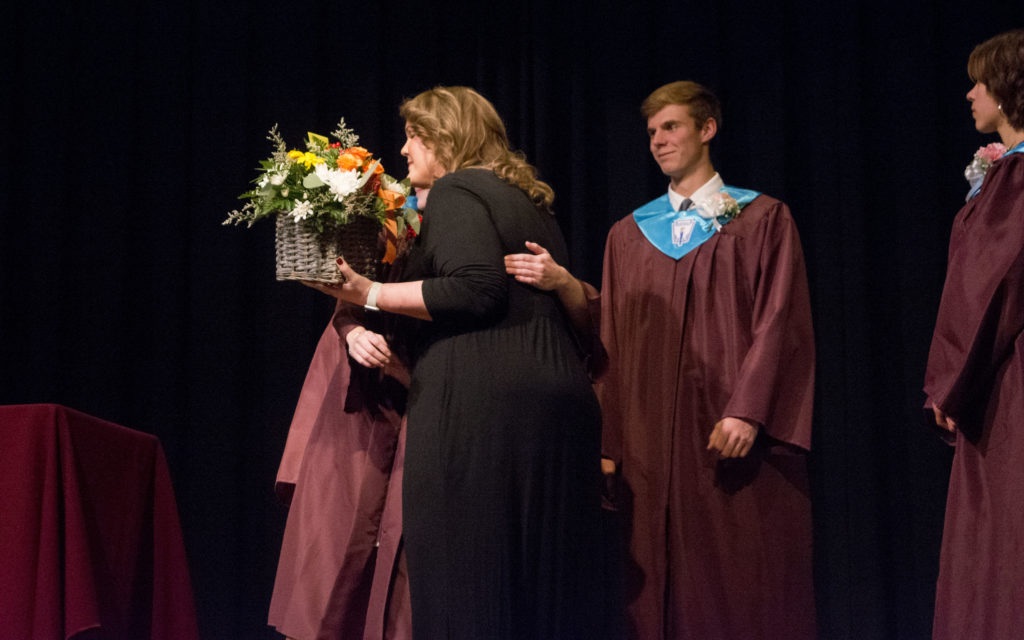 “Character is often described as doing the right thing,” Wimmer said, “but it is more than what a person does; it is who they are. Character is defined on the quiet moments when no one is watching, and a decision has to be made between right and wrong. It is speaking up for justice even when the words being spoken are unpopular, and focusing on values rather than appearance. At the end of the day, what we look like and how much we achieve means only as much as the level of character that we base our choices upon.”

“A scholar isn’t solely a student with the highest GPA,” Leavitt said. “They are characterized by their desires to be thorough, accurate and organized. A scholar strives to learn both inside and outside the classroom. They realize that knowledge is the only way we can progress and will stop at nothing to become satisfied with their achievements. Scholarship is a quality developed with much determination and willpower. Scholarship takes time and is something that must not be overlooked.”

“Leadership is something greater than a title,” Theriault said. “It is not just handed over or proclaimed. It’s a mindset. A great leader sees the truth in those around them and feels the need to empower. Those who are leaders find themselves to blame when success is not achieved. They’re the first to feel that they could have done better, even when victory is felt. Leaders are more than just the captain of a sports team or a president of a club or organization. They are the people that make things happen and contribute in ways that are best for all.” 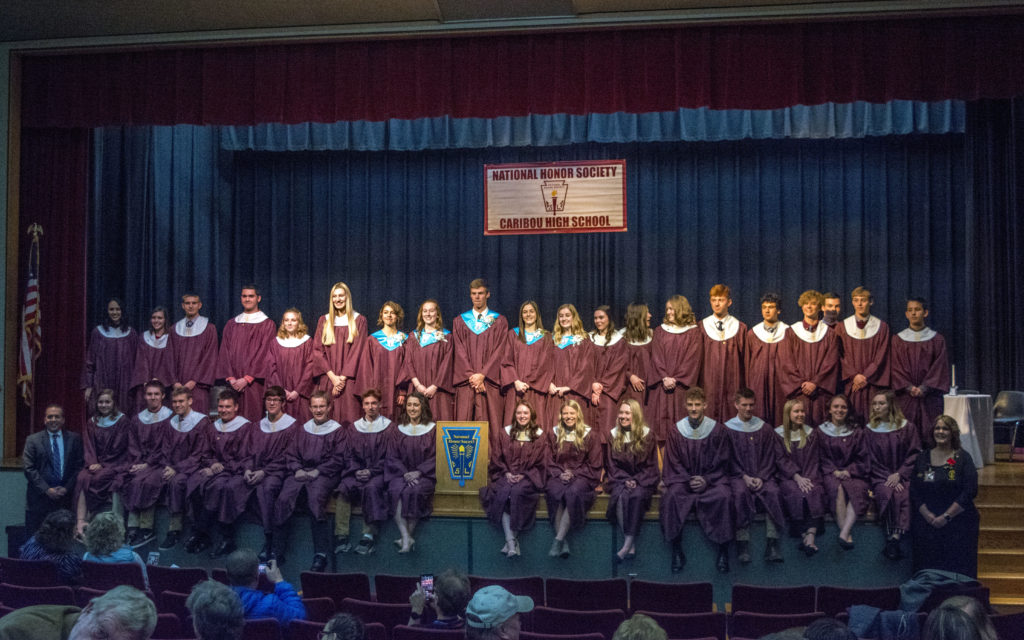 17 new members were inducted into the Caribou National Honor Society on Nov. 22 in the Caribou Performing Arts Center, bringing the total number of members up to 35.
(Chris Bouchard)

And Executive Committee Member Parker Deprey gave a description of the “pillar of service.”

“Service is considered to be the actions taken by another which are done on behalf of others,” said Deprey, “but with no material or financial form of compensation. Service is one of the greatest gifts you can give to others, but there’s also no feeling quite like the deep satisfaction of providing a service to your community. Service is any contribution of time and effort which are done without the desire for accolades, but instead are done in an attempt to improve the community.”

“[Waldemarson] has taken on so many responsibilities here at Caribou High School,” said Barnes. “She runs the National Honor Society, Jobs for Maine Graduates, and the Key Club. Every day she continues to better us as students.”

Families were then invited to take photos of new members before the induction concluded for the night.

Well, normally this time of year we would be gearing up for our annual “Paws for the Cause” walk.  Families and their furry companions would be showing up with generous pledges in hand, ready to enjoy an easy two-mile walk and then some welcomed refreshments afterward.
Campaign Corner END_OF_DOCUMENT_TOKEN_TO_BE_REPLACED