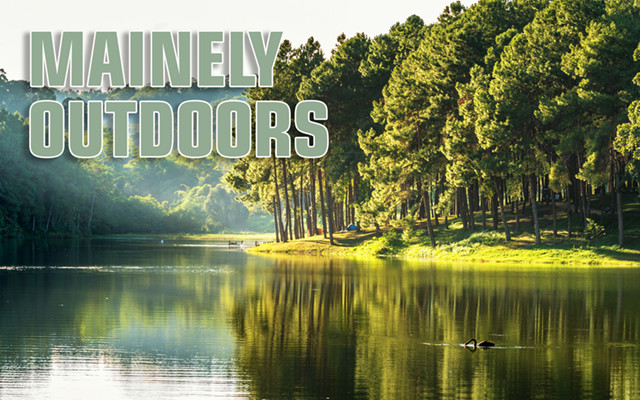 Bill Graves, Special to The County • November 29, 2019
When the regular firearm season for deer ends each November, a few sportsmen who didn’t tag a whitetail and aren’t willing to throw in the towel, turn to black powder hunting.

When the regular firearm season for deer ends each November, a few sportsmen who didn’t tag a whitetail and aren’t willing to throw in the towel, turn to black powder hunting. Each year a few more outdoorsmen take up the sport of muzzleloader shooting, but total involvement remains minimal.

Each woodsman who enters into the world of muzzleloading must make a choice between traditional or modern style guns. Although black powder handguns and shotguns may be used to hunt deer, rifles are by far the most prevalent choice. Long smokepoles such as wheel, flint or match lock rifles have side hammer firing mechanisms that produce a spark to ignite a powder charge and send the conical bullet or ball on its way. Such guns were used during the founding of this country and the exploration and taming of the early frontier.

Modern muzzleloaders incorporate an enclosed firing mechanism that utilizes a metal primer to provide the spark to ignite the main charge of black powder, or a more modern substitute such as Pyrodex or Clean Shot.  Some powders are even available in pre-measured, formed discs that eliminate any chance of measuring errors, or spilling during loading. The new style rifles are called “in-line” since the primer, powder and bullet are all in-line in the receiver and barrel. 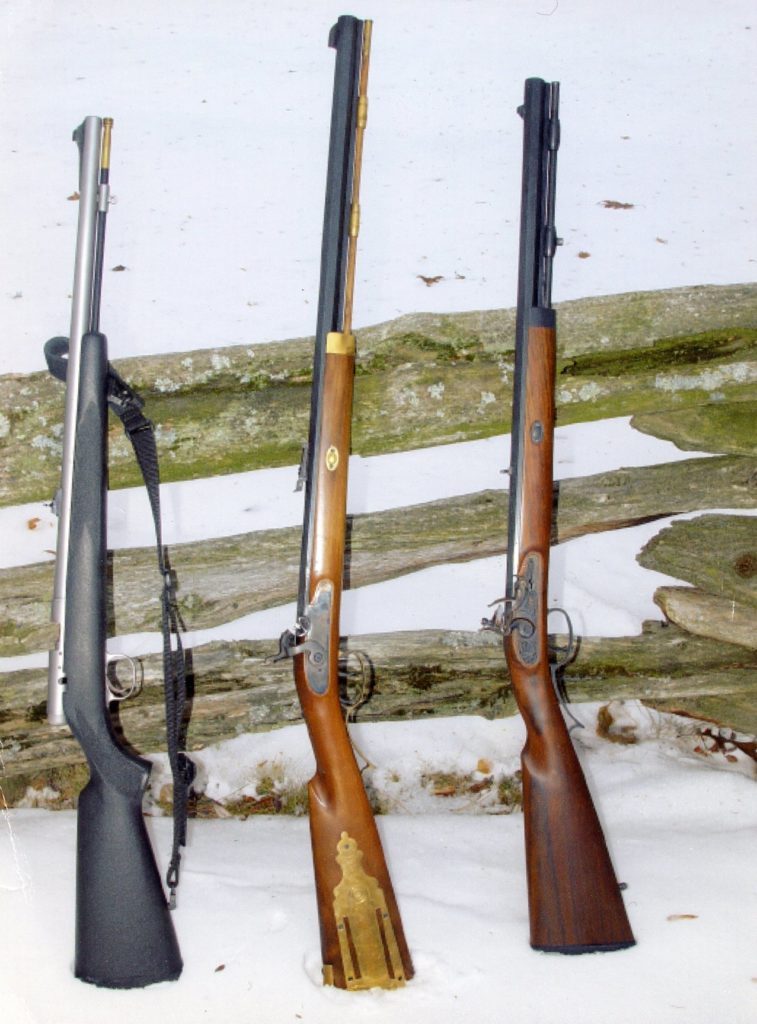 Shown are, from left, in-line, cap lock and flint lock muzzleloader rifles, all good options for the black powder deer season. The choice depends on how traditional the hunter wishes to be.
(Courtesy of Bill Graves)

Stainless steel barrels and receivers, lightweight synthetic stocks and forearms that don’t scratch or dent, and fiber optic sights are a few of the amenities available on in-line guns. With all moving parts enclosed, as well as the powder and primer, the in-line rifles are far less likely to misfire if rain, snow or even dew gets into the firing pin and hammer mechanism. Many sports who use the old style rifles for deer hunting feel strongly that in-line muzzleloaders are too modern, and overstep the boundaries intended for the black powder deer season.

Present guidelines are clear however, regarding what qualifies as a proper muzzleloader weapon. It must be a rifled or smooth bore firearm of forty caliber or greater, capable of firing only a single charge. Loading of powder and projectile must be through the bore, and ignited via percussion cap or priming charge of a wheel, flint or match lock mechanism. Scopes are acceptable for this season.

Whatever style of gun is selected, the shooter must make several trips to the target range to work out a good load and become proficient at loading and shooting. Practice shooting from a bench rest until the gun is sighted in, then fire from sitting, off hand, kneeling and prone positions, just in case. A hunter may see only one buck during this brief season and there’s no guarantee of distance or conditions, so being prepared is crucial.

Muzzleloader season is very safe since so few hunters are in the woods, and fewer outdoorsmen means less pressure on the whitetails, and therefore the bucks should be a bit less wary. Also, since many bucks are still in rut, they will be moving about a great deal in search of does and their attention will be somewhat diverted. The chilly weather will cause the whitetails to wander and browse more steadily as well.

The snow cover can be used for tracking or to identify fresh sign, a hunter has a much better chance of identifying regularly active areas with some soft fresh powder. Rubs and scrapes signify sites regularly visited by traveling bucks, and these are excellent spots to set up a tree stand or blind. Any region that harbors several does is also a good spot to hunt heavily, since a buck will find his way to the females eventually.

Apple trees, raspberry bushes, shrubs with berries and fields with winter crops planted will often entice deer to feed. Clear cuts gone to second growth are also good spots to set and wait early and late in the day. When the weather isn’t cold enough to force deer to feed and move about more, the hunter must go to likely resting and feeding spots, take a stand and wait patiently.

Muzzleloader hunters may not have an eye opening success rate, but some bag bucks, and all get to spend a few extra days afield. The challenge of using black powder firearms allows an outdoorsman to experience part of his heritage. Try it once and it will become an annual challenge.

Just when we thought we were out of the woods with kitten season, it has hit full force.  The past few days have been difficult answering the phone and hearing the stories of why people have litters of kittens they need to surrender.
Campaign Corner END_OF_DOCUMENT_TOKEN_TO_BE_REPLACED