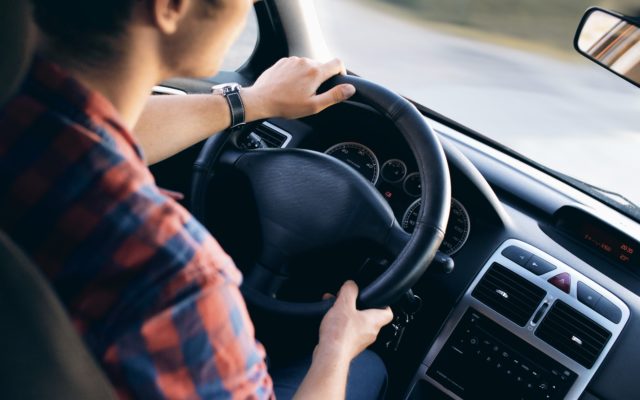 Jessica Potila • December 24, 2019
The next four or five months that follow are the creepiest time of year for me. They represent nearly half a year of spooky driving.

FORT KENT, Maine — Over the years I have developed a few survival techniques to avoid feeling frightened in certain situations.

For instance, when selecting a television show while home alone at night in October I avoid flipping through the channels so as not to come into contact with inevitable flashes of horror movie scenes. Instead, I punch numbers in the television remote control to bring me directly to channels airing warm and friendly cooking contests or home renovation shows, like “Beat Bobby Flay” or “Property Brothers.”

Flipping through channels is a markedly different, and more welcome, experience come Nov. 1 as programming on virtually every television channel has instantly switched over to Christmas mode. However, the next four or five months that follow are the creepiest time of year for me. They represent nearly half a year of spooky driving.

Winter driving in northern Maine is an anxiety-inducing experience for me, especially when venturing outside the downtown Fort Kent area. It seems no matter how icy the roads, or how limited the visibility due to rapidly falling snow, many people expect to drive (and demand others on the road to do the same), as though it is a sunny day in July.

During the summer months while traveling even five mph above the speed limit, I am constantly passed by other drivers. I can live with that.

Unfortunately, winter drivers often do the same, and I fear that I will not live with that, literally.

I often find myself in winter finding a safe location to pull off so that a stream of speeding vehicles with impatient drivers following dangerously close behind me can go by. It does not matter how slippery the roads are or even if the National Weather Service is warning people to exercise caution while driving.

Impatient drivers pass me in no-pass zones on icy roads, so my pulling over into a parking lot or driveway seems like the safest bet for everyone. It takes me much longer to get to my destination, but I would rather arrive there late than never, as the saying goes. Unless I am a surgeon on my way to the hospital to save a dying child’s life or a woman who is about to give birth in the next 30 seconds, there is no reason I can think of to speed and tailgate other drivers on icy winter roads.

I commented about this on a Facebook post last year and someone remarked that by driving at or slightly below the speed limit during the winter months, I am interfering with the flow of traffic.

Speed limits are set for a reason, and that is to keep people safe.

In northern Maine, moose do not have any respect for the flow of traffic and can rush out at any time into the path of oncoming traffic. On slippery winter roads, swerving to avoid hitting a moose is an even more dangerous prospect than in summer.

Northern Maine does not have tsunamis or alligators or dangerous tornadoes or boa constrictors, and for that I am thankful. As the Facebook memes go, long cold winters seem a fair exchange to avoid such things.

I just wish the winters did not include spooky driving.

Jessica Potila is a reporter for the St. John Valley Times and Fiddlehead Focus, covering Fort Kent and surrounding areas.

On Thursday, Rep. Harold “Trey” Stewart III, R-Presque Isle, announced he will run for a state Senate seat in the 2020 legislative election -- an important change for one of the most powerful representatives in the Maine House.
Pets END_OF_DOCUMENT_TOKEN_TO_BE_REPLACED