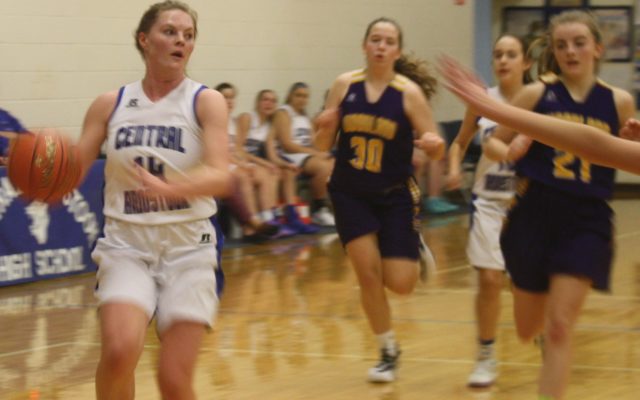 David Marino Jr. • January 7, 2020
The Central Aroostook girls basketball team defeated Woodland 86-35 in a home game on Saturday, putting up big offensive numbers to win its sixth in a row.

MARS HILL, Maine — The Central Aroostook girls basketball team defeated Woodland 86-35 in a home game on Saturday, putting up big offensive numbers to win its sixth in a row. 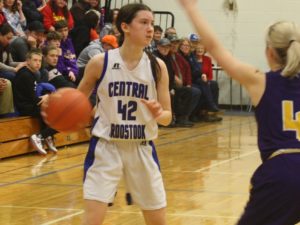 After keeping it competitive in the first, the Woodland offense was never able to take off and compete with Central Aroostook. They scored less than 10 in every quarter but the fourth.

Meanwhile, Central Aroostook’s strong offense continuously built its lead, from eight at the end of the first, to 22 at halftime, to 41 in the third, and 51 in the final.

Senior Breann Bradbury led Central Aroostook with 25 points, which included seven out of 11 free throws made. Junior Maci Beals had 20, while junior Libby Grass had 18, including four 3-pointers.

Beals said she was especially pleased with the way her team worked together to put up big offensive numbers.

“We shared the ball well, made our shots,” she said. “All that comes down to at the end of the game.”

Central Aroostook coach Dillon Kingsbury said the game was the most dominating performance he had seen by his team all year. He said his team had performed strongly on both sides of the court, and that they were clearly on the right track for the rest of the season. 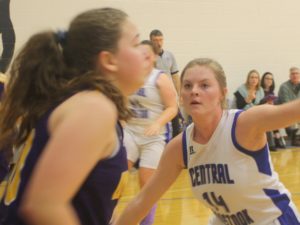 “When the defensive intensity is there…and you’re making offensive rebounds, the rest of it just kind of takes care of itself,” Kingsbury said.

Woodland coach Michelle Ripley said a couple of her starters had recently recovered from the flu, so she was happy they were able to play. She said the main thing she wanted to work on was the confidence of her freshman players (which make up about half her team).

“We’ve really just been trying to get them to get open,” Ripley said. “I need to encourage them to take it to the basket because they are just really timid right now.”

Central Aroostook is now 8-1, and in fourth place in the North Class C girls rankings.

Maine is more than eight months into Medicaid expansion under the federal Affordable Care Act and trends around who is enrolling and where they live are starting to emerge, bucking some expectations and pointing out access challenges.
Pets END_OF_DOCUMENT_TOKEN_TO_BE_REPLACED