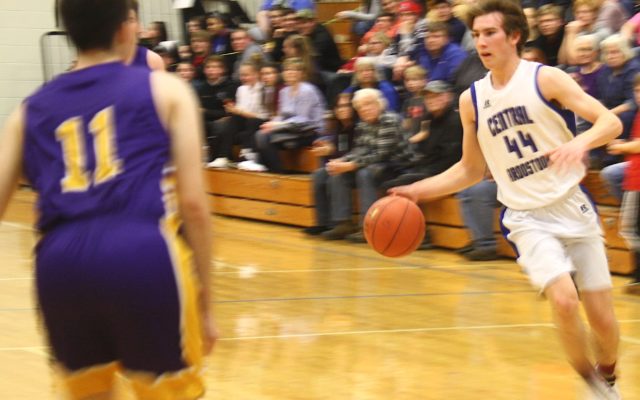 David Marino Jr. • January 7, 2020
After a short break for the holidays, high school boys basketball revved right up in the Presque Isle area for the new year.

PRESQUE ISLE, Maine — After a short break for the holidays, high school boys basketball revved right up in the Presque Isle area for the new year.

Despite suffering its second loss to Woodland (4-4) on Saturday, Central Aroostook (6-2) continues to play well and is the top seed in  Class C North, while Fort Fairfield (4-4) is 10th.

The following is a recap of games played through Sunday, Jan. 5.

Orono 43, Presque Isle 42 — At Orono Dec. 30, Orono edged out Presque Isle in a low-scoring defensive match that put the 1-6 Orono up against Presque Isle. Malachi Cummings led the Wildcats with 12 points, while Connor Rideout had eight, and Xavier McAtee seven. Orono’s Jason DeSisto had 18 points, while Zack Dill had 16.

Mount Desert Island 92, Presque Isle 61 — At Presque Isle Jan. 1. Taking a 27-11 lead in the first quarter, the visiting MDI flew past Presque Isle with a powerful offense that neared 100 points on the day. Jack DaCorte led his team to victory with 24 points, while Porter Isaacs was not far behind with 23. Presque Isle’s Caleb Wheaton led his team in scoring with 18.

Washburn 61, Ashland 28 — At Ashland Jan. 2, Washburn got its first win of the season after great play throughout, including a 21-2 fourth quarter run. Washburn was helped by Devin Dionne, who had 25 points and 17 rebounds. Josh Celestre led Ashland with 13 points.

Southern Aroostook 78, Ashland 49 — At Dyer Brook Jan. 3, Hunter Burpee put 20 points on the board to get a win for the Warriors against Ashland, while Xavier Morales had 14. Drew Doughty led Ashland with 13, while two other players went into the double digits: Gabe Page with 12 and Celestre with 11.

Initially tied 12-12 at the end of the first quarter, the Warriors took a 32-25 lead at the half that they would not soon relinquish.

Washburn 65, Katahdin 48 — At Washburn Jan. 4, Washburn won its second in a row with a victory over Katahdin. Aidan Churchill helped the Beavers with 24 points, including 5 3-pointers, while Devin Dionne helped them along with 19 points and 18 rebounds. Katahdin’s Justin Hurlbert led his team with 12 points.

Maine is more than eight months into Medicaid expansion under the federal Affordable Care Act and trends around who is enrolling and where they live are starting to emerge, bucking some expectations and pointing out access challenges.
Pets END_OF_DOCUMENT_TOKEN_TO_BE_REPLACED