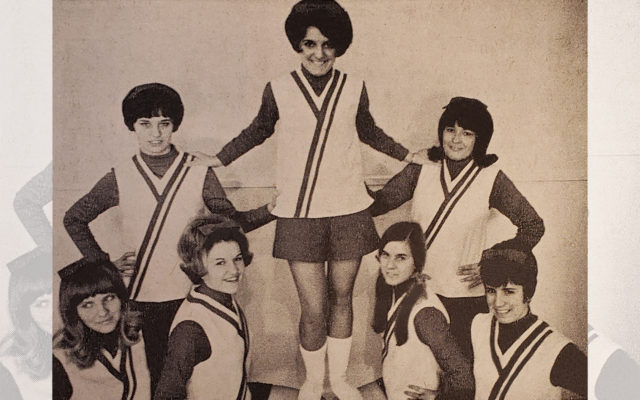 Yvonne Tardie • January 8, 2020
75 Years Ago -  Jan. 11, 1945 Graves, Trafton continue serving -- At a meeting of the City Council, Dr. Richard A. Graves was re-elected chairman of the Council for the third consecutive term.

Graves, Trafton continue serving — At a meeting of the City Council, Dr. Richard A. Graves was re-elected chairman of the Council for the third consecutive term.

Other members of the council were Benjamin Curtis, Clifford Wheeler, Harry Stephenson and Edwin E. Parkhurst. The Council appointed Mark Trafton as city manager for his 11th consecutive term of office. Perley Rees was again named chief of police.

Maine tops war loan drive — Maine exceeded its quota in the sixth War Loan Drive by a larger percentage than was attained in any of the previous State campaigns. Final figures announced by the Maine War Finance Committee showed it to have been 143 percent. The assigned quota was $53,000,000, while sales reached $75,738,000. Maine was, also, the first in New England to reach its E bond allotment. This was $12,000,000, with buyers taking a total of $13,886,600, or a 116 percent record, which was the highest percentage achieved by any state in New England.

Winterama at Loring — Winterama 1970 was hosted by Loring AFB with over 500 Boy Scouts from the Aroostook area. Troops 192, 195 and 295 from the base attended this polar camp-out held in the Malabeam Lake area at Loring. The three-day-event centered around the Boy Scouts of America theme “America’s Manpower of Tomorrow Begins with Boypower Today.” That was the first year that Webolos Scouts were allowed to attend. Competition between the troops was the keynote for the entire event. Skiing contests were held on the base ski slopes as well as toboggan races, ice skating and snowshoe competition. Boys from 52 units took part. The base gym and pool were also open to the boys.

Lagerstrom is Farmer of the Year — In an effort to recognize excellence in the potato industry, the Maine Potato Board chose John Lagerstrom as Farmer of the Year. Lagerstrom had been growing seed potatoes for 39 years. The past 18 of those, he had farmed in Presque Isle where, in 1991, he started Lagerstrom Seed Sales with his son, Paul. Paul majored in agri-business and resource management at the University of Maine, before returning home to broker potatoes and farm with his father. Due to cooperative relationships with other growers, advanced storage and packing facilities and long relationships with customers, the father of this father-son team had earned industry recognition. Lagerstrom Farms was owned by John, his wife, Marena, Paul and farm foreman David Cochran.

Helping to make fields a reality — The Washburn Rotary Club committed $10,000 toward the construction of new athletic fields behind Washburn Elementary School. Town Manager Gene Conlogue received a $2,000 check from Rotarian Larry Harrison, the first of the club’s five installments to help fund the project.

Pedaling in place — Susan Dalling of Presque Isle worked out inside during the winter in preparation for the American Lung Association’s annual Trek Across Maine. During the previous five years, the three-day, Bethel-to-Rockport fundraising event had doubled its number of participants, from 450 to 900. Dalling said she put between 700 and 1,000 miles on her bike each year preparing for the event.

For all it does to refresh us, burn energy and keep us sharp, we all need playtime, dogs and cats included. Sharing playtime with pets has the added benefit of strengthening the bond between us, so we better understand one another.
Campaign Corner END_OF_DOCUMENT_TOKEN_TO_BE_REPLACED