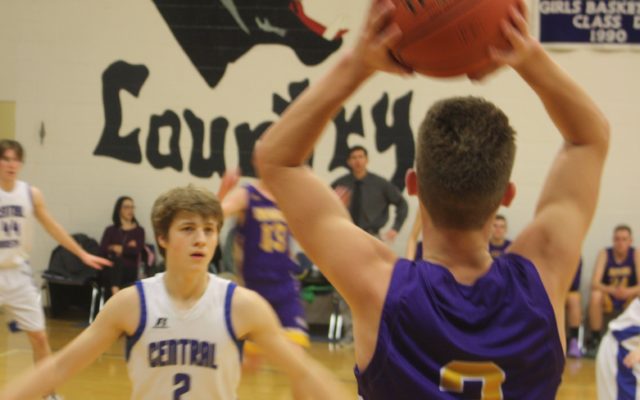 David Marino Jr. • January 8, 2020
Woodland upset the top-ranked Central Aroostook boys basketball team, 66-62, Saturday, besting a team that had beat them in a blowout less than a month ago.

MARS HILL, Maine — Woodland upset the top-ranked Central Aroostook boys basketball team, 66-62, Saturday, besting a team that had beat them in a blowout less than a month ago.

Going in with a 3-4 record, Woodland knew the top-ranked Central Aroostook would be a tough competitor. And its only reference point, a 62-32 victory by Central Aroostook at Woodland on Dec. 21, did not make them feel any more optimistic. 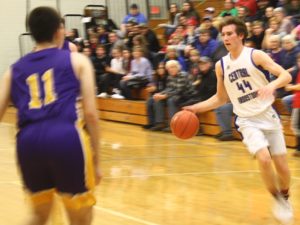 But the Dragons were able to perform a series of defensive stops on Central Aroostook that limited the offensively powerful team to 62 points. Meanwhile, the team was able to score a season-best 66 points, after coming in averaging only 45 per game.

Yet, Bradbury was disappointed in his own performance, describing it as not very good. Bradbury struggled at times, especially on the free-throw line. He landed only four out of his 10 attempts.

Central Aroostook boys coach Jason Woodworth spoke harshly of his team’s performance, calling it “lackluster” at best. He said his team needed to change its mindset if it wanted to go further. 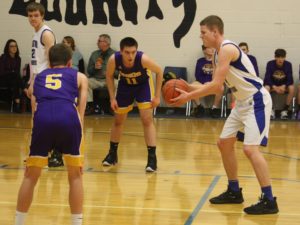 “We thought we were just going to be able to walk in here and win the game, and you can’t have a mindset like that if you want to be a champion,” Woodworth said. “I felt like we took these guys for granted today. And we walked out with a loss.”

Woodland coach Ben Maloney said the game was his team’s best of the season, and the first time he had seen the team put together four quarters of great basketball.

“After this one, I’m feeling really confident,” Maloney said. “Hopefully they all feel confident now. You get a big win like this, they know that they are capable.”

Despite the loss, Central Aroostook leads the Class C North standings as of Monday afternoon. Central Aroostook will play an away game against Southern Aroostook on Jan. 7 at 7 p.m.  Bradbury needs only one basket to get to 1,000 points.