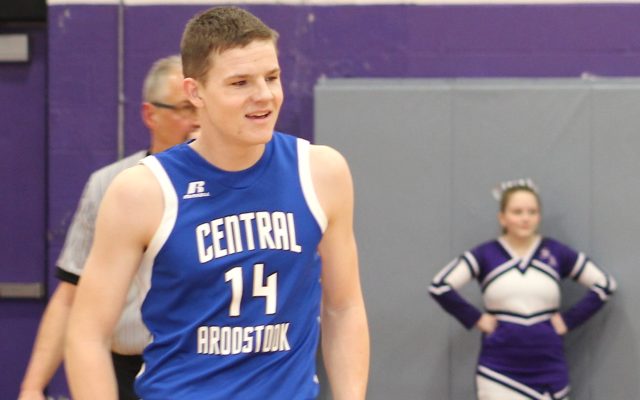 David Marino Jr. • January 10, 2020
When Central Aroostook boys basketball player Brayden Bradbury began playing varsity basketball at age 14, he initially worried he might not be able to compare with the older players on the court.

MARS HILL, Maine — When Central Aroostook boys basketball player Brayden Bradbury began playing varsity basketball at age 14, he initially worried he might not be able to compare with the older players on the court.

But, after years of hard work, Bradbury — a senior — just reached a benchmark many high school players dream of: 1,000 points.

He accomplished the feat in a 75-59 road win against Southern Aroostook on Tuesday. Going into the game, Bradbury needed just two points to reach the milestone. He did it in the first quarter.

After some celebration with friends and family, he came back in style, putting 23 more points on the board. He led players on both teams in scoring.

It was par for the course for Bradbury, who has played solid varsity basketball since he got on the court. He said the powerful play he saw around him at that time inspired him to continually examine how to improve his performance.

“That was definitely a big wake-up call,” Bradbury said. “Everyone’s a lot more athletic, a lot stronger and a lot faster than they are in junior high.”

As he got older, Bradbury said he became “bigger and stronger.” He found himself being able to help his team in new ways, especially in his post play. His coach Jason Woodworth estimated that he made half of all his career points on the offensive glass. 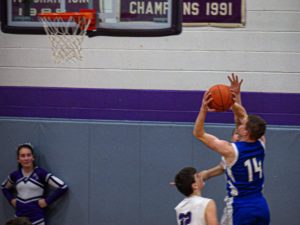 Asked what the key to scoring 1,000 points was, he said it came down to maintaining robust mental and physical strength.

Bradbury, who graduates from high school in June, said he hopes to study mechanical engineering at the University of Maine in the fall.

He was unsure if he would play in the Orono university’s basketball program, both because of its competitive Division I nature, and the difficulty of his chosen major.

“It would hurt obviously,” Bradbury said. “But at the end of the day, I have to think about my future.”

Throughout his time playing basketball in Mars Hill, Bradbury has always had one head coach at his side: Jason Woodworth.

Woodworth said he was both happy and relieved when Bradbury made the milestone basket. Happy because it’s a powerful and lasting accomplishment for a player to have, and relief because he knew Bradbury had it on his mind.

“It’s just one extra thing to think about. There’s a lot of pressure, and a lot of expectation, that comes along with trying to score 1,000 points, said Woodworth, who joined the club himself in 2005.

Woodworth said he had long noticed Bradbury’s value, and that Bradbury’s work ethic and relentlessness were the keys to his success and growth throughout his four years.

Maine is more than eight months into Medicaid expansion under the federal Affordable Care Act and trends around who is enrolling and where they live are starting to emerge, bucking some expectations and pointing out access challenges.
Pets END_OF_DOCUMENT_TOKEN_TO_BE_REPLACED