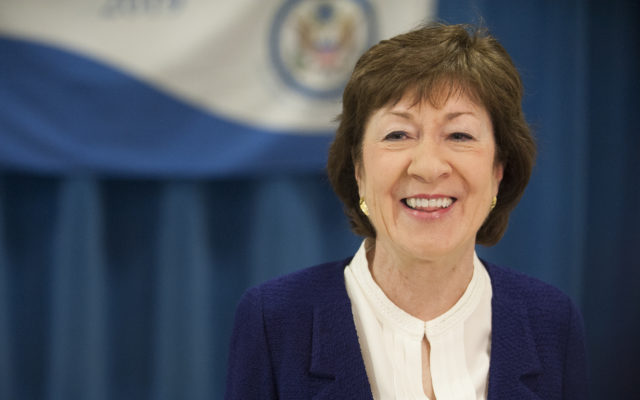 Sen. Susan Collins, R-Maine • January 20, 2020
Military commanders often say that you “recruit the soldier,” but you “retain the family.”   We have an obligation to make sure that we take care of our military families who have sacrificed so much for our country.

Military commanders often say that you “recruit the soldier,” but you “retain the family.”   We have an obligation to make sure that we take care of our military families who have sacrificed so much for our country.

The National Defense Authorization Act that was signed into law in December 2019 includes a provision I co-authored with Senator Doug Jones of Alabama that helps fulfill our profound obligation to the surviving spouses of those who die of service-connected causes and surviving spouses of service members killed on active duty.  Our bipartisan amendment repeals what is often called the “Military Widow’s Tax,” which prevented as many as 67,000 surviving spouses — including more than 260 from Maine — from receiving the full benefits they deserve.

For far too long, the Military Widow’s Tax created financial hardships for surviving military spouses whose loved ones fought to keep our nation safe.  This unfair offset applied to widows or widowers who qualified for two programs: the Survivors Benefits Plan (SBP) — an insurance benefit that provides cash benefits to a surviving spouse — and the Dependency and Indemnity Compensation (DIC) program — a monthly tax-free payment from the VA to survivors and dependents of service members who pass away from service-related conditions.

Many military retirees elect to pay into the voluntary SBP insurance program to provide for their families when they pass away.  If they died of a service-connected illness, however, and qualified for the DIC program, their SBP benefit was offset dollar-for-dollar, even though retirees paid into that program out of their own pockets.

The average offset to SBP amounted to more than $11,000 per year, which is a significant amount of money that widows or widowers need to help support their families and themselves in the absence of their spouses. In some cases, this led to the total elimination of the SBP benefit.  In other cases, the offset greatly reduced the benefit. In either case, it harmed the survivors of our service members and military retirees.

Clearly, if a military retiree voluntarily pays premiums into the SBP insurance program, then his or her spouse ought to be able to receive those benefits when the retiree passes away.

The bipartisan Military Widow’s Tax Elimination Act Senator Jones and I introduced will fix this inequity that created severe financial hardships.  The new law abolished the unfair offset and authorizes payment of both SBP and DIC in the case of a service-connected death.

I am grateful for the overwhelming support we received from our colleagues as well as veterans advocates.  Under our leadership, our bill earned a record-high of 78 co-sponsors in the Senate. Our legislation was endorsed by numerous military and veterans advocacy groups, including the Gold Star Wives of America, the Military Officers Association of America, the National Military Family Association, the Tragedy Assistance Program for Survivors and the VFW, among others.

The brave men and women of our military — and their families — do their duty to defend our freedom.   The repeal of the Military Widow’s Tax was a long–overdue recognition of our national obligation to honor their service.

Only one member of Maine’s congressional delegation had come out in favor of impeaching President Donald Trump ahead of House Speaker Nancy Pelosi’s Tuesday announcement that the Democratic-led House of Representatives would begin an impeachment inquiry.
Pets END_OF_DOCUMENT_TOKEN_TO_BE_REPLACED