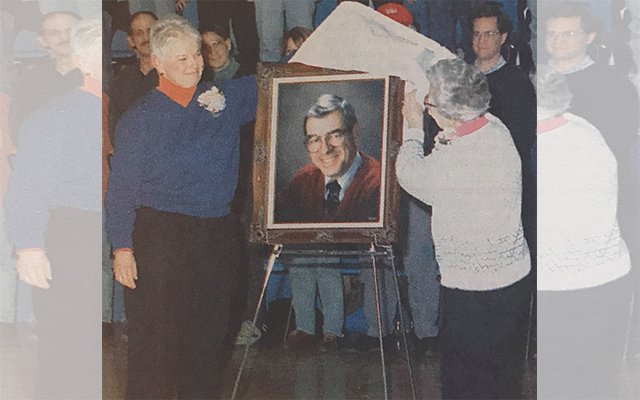 Lanette Virtanen • January 29, 2020
100 Years Ago - Feb. 4, 1920      Congratulations — At the meetings of the directors of the Bangor & Aroostook Railroad and of the Northern Telegraph Co., which were held Friday at the B. & A. offices, the resignation of C.J. Ham, who has been corporate auditor, was accepted and E.C. Alexander, heretofore statistician for the Bangor & Aroostook, was appointed to fill the vacancy for the both companies.

Congratulations — At the meetings of the directors of the Bangor & Aroostook Railroad and of the Northern Telegraph Co., which were held Friday at the B. & A. offices, the resignation of C.J. Ham, who has been corporate auditor, was accepted and E.C. Alexander, heretofore statistician for the Bangor & Aroostook, was appointed to fill the vacancy for the both companies.

Mr. Ham has resigned to take charge of the education division of the military training, with headquarters at Rockford, Ill.

Appointed — Dr. G.P. Cassidy, of this town, has been appointed Dental Examiner for this section, by the United States Public Health Service, and will furnish dental treatment to patients of the Bureau of War Risk Insurance.

Assumes position — Arnold S. Peabody became president of the Houlton Rotary Club when, as vice president, he succeeded to the position left vacant by James Wiggins, who has resigned because of his departure this week for Boston where he will be employed in the future.

Meetings — A meeting of J.C. Penney store managers in Northern Maine was held here Monday. Those in attendance, in addition to Stanley Wasson, local manager, were Jack Howlett of Caribou, Arthur Fournier of Fort Kent and Walter Emmett of Calais.

Assumes control — Lt. Ronald A. Hiltz, Maine State Police, assumed command of Troop F in Houlton, replacing Lt. Douglas Starbird, who has been transferred as commander of Troop A at Kittery.

Honored — Mrs. Lettie Merritt of Hodgdon was honored at a surprise 80th birthday party Sunday afternoon at the home of her daughter, Mrs. Gordon Bates. She was presented with an electric chord organ and a sum of money. Refreshments were served including a decorated cake, made by her granddaughter, Mrs. Melanie Wilson.

New physician  — Fergal McSharry, M.D., has joined the medical staff of Houlton Regional Hospital as a family practitioner providing general/medical services. Dr. McSharry and his wife, Noellen, and daughter, Sarah, have relocated to Houlton from Sligo, Ireland. McSharry completed his medical education at the University College, Dublin, Ireland, in 1987. He has practiced family medicine in Ireland, Iraq, Newfoundland, Canada and Scotland.

New VP — Larry D. Pelletier has been named vice president and senior trust officer in the Bangor office of the newly formed Trust and Investment Group at Peoples Heritage Bank.

For all it does to refresh us, burn energy and keep us sharp, we all need playtime, dogs and cats included. Sharing playtime with pets has the added benefit of strengthening the bond between us, so we better understand one another.
Campaign Corner END_OF_DOCUMENT_TOKEN_TO_BE_REPLACED