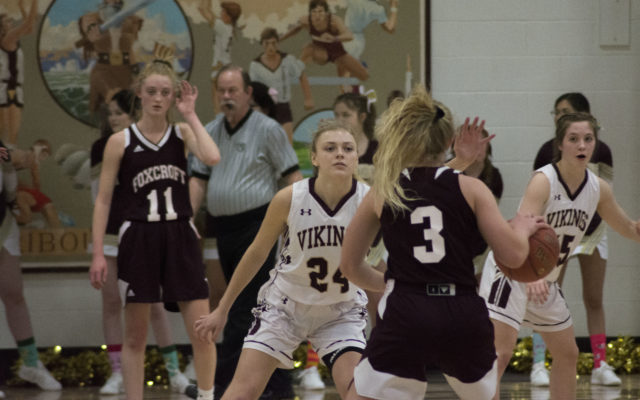 Caribou Vikings headed into the postseason

Chris Bouchard • February 10, 2020
The Caribou Vikings are getting ready to enter the postseason, with both the boys and girls teams qualifying for the playoffs this year.

CARIBOU, Maine — The Caribou Vikings are getting ready to enter the postseason, with both the boys and girls teams qualifying for the playoffs this year.

The Caribou boys (17-1) finished as the top seed in Class B North and will get a first-round bye. The Viking girls finished 6-12 on the year which was good enough to secure the No. 11 seed in the region.

Last year, the Viking boys celebrated its first state championship in 50 years and the team is clearly maintaining that momentum this year. On Thursday, Feb. 6, the team defeated Presque Isle 72-59, ending its regular season in first place with 17 victories and only one loss —  46-42 at Hermon Jan. 18. 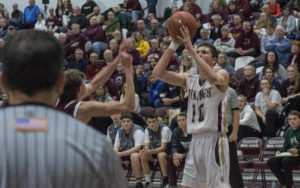 The Caribou community showed a tremendous amount of support for its team last year, which continued into the current season. As a result of hometown fans and the hard work of the team and coaches, the boys won all nine home games this season.

The school is also starting to make plans for a student fan bus for the boys quarterfinal game on Feb. 15 at the Cross Insurance Center in Bangor. More information about this bus will be made available via the school’s Caribou High School Athletics page on Facebook, where Viking fans can also read regular updates on the team.

As the No. 1 seed in Class B North, Caribou will square off against the winner of the prelim game between No. 8 Mount Desert Island of Bar Harbor (8-10) and No. 9 Mount View of Thorndike (9-9).

The Viking boys will take the court at the Cross Insurance Center 3:30 p.m. Saturday, Feb. 15.

On Thursday, Rep. Harold “Trey” Stewart III, R-Presque Isle, announced he will run for a state Senate seat in the 2020 legislative election -- an important change for one of the most powerful representatives in the Maine House.
Pets END_OF_DOCUMENT_TOKEN_TO_BE_REPLACED