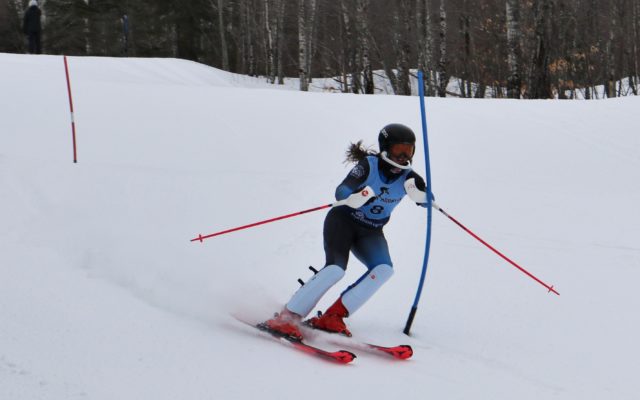 Caribou won the boys giant slalom, while players from all over Aroostook County had impressive individual performances.

Fort Kent came in first in the girls giant slalom, girls slalom and boys slalom races. Caribou narrowly beat them in the boys giant slalom for its only first-place finish of the day.

Fort Kent’s Lyndsay Ouellette had the best showing in that race with 200 points. Caribou’s Edie Shea came in second with 199, while Fort Kent’s Riley Sibley scored 198.

Caribou edged out Fort Kent in the boys giant slalom, scoring 770 points to Fort Kent’s 760. Central Aroostook tied with Presque Isle for third, both schools scoring 736. Wisdom High School scored 397 and Madawaska scored 200, though both did not qualify for the team score portion because it did not field four skiers.

Though it did not qualify for the team meet, players from Madawaska and Wisdom dominated in their individual performances during that meet. Madawaska’s Pierre Hickey, the only player skiing for Madawaska, came in first with 200 points. Wisdom’s Jake Roy scored 199 and Sam Roy, also from Wisdom, scored 198.

Fort Kent won the girls slalom race with 793 points, coming out far ahead of second-place Caribou, who had 763. Presque Isle came in third with 740.

Fort Kent players dominated, with the top three performers all being from the far-north town. Lyndsay Ouellette again scored 200 points, while Riley Sibley had 199. Third-place Kailee Guimond came out with 198.

Fort Kent also won the boys slalom race with 782 points. Caribou came in second with 756, Presque Isle in third with 733 and Central Aroostook in fourth with 724. Wisdom and Madawaska had 397 and 197 points respectively, though they again did not qualify for the team contest because both were unable to field four players.

Wisdom’s Jake Roy came in first with 200 points. Madawaska’s Pierre Hickey also had a strong showing with 199, while Fort Kent’s Griffin Sibley came in third with 198.

Lyndsay Ouellette led the Fort Kent Girls, and all players, with 400 points while Colby Theriault led the boys with 392 points.

For Caribou, Edie Shea led the girls with 396 points while PJ Thorton led the boys with 380.