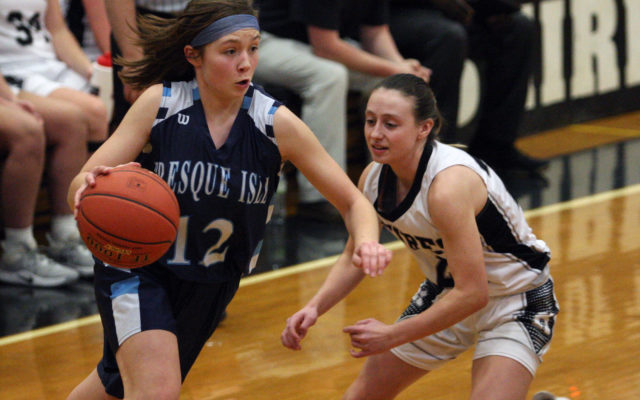 David Marino Jr. • February 11, 2020
SAD 1 Superintendent Ben Greenlaw announced that students in the district would get out early on Friday so they would have time to travel to Bangor to attend the Presque Isle girls basketball playoff game.

PRESQUE ISLE, Maine — SAD 1 Superintendent Ben Greenlaw announced Monday that students in the district would get out early on Friday so they would have time to travel to Bangor to attend the Presque Isle girls basketball playoff game.

SAD 1 schools will dismiss all of their students at 11:30 a.m. on Friday. The tournament game is at 3:30 p.m. at the Cross Insurance Center in Bangor that day, giving staff and students a few more hours to make the 160-mile drive.

Greenlaw said the district had not let out early for the tournament in his 10 years working there. But, with the game being played so early on a Friday, he felt it was in the best interest of safety to not create a situation in which students and faculty are racing to get downstate.

He said that nearly 100 Presque Isle High School students would be participating in the games as players, cheerleaders or members of the school band. And, in a city where high school basketball is deeply popular, that number does not include other students and faculty making the long trek to support the Wildcats in its big game.

“We didn’t want students or family members driving too fast or putting themselves at risk to try to get to the game,” Greenlaw said.

Greenlaw, who will be attending the game on Friday, said large tournaments like the one in Bangor are important for SAD 1 because it provides the opportunity to showcase the Presque Isle community to a far larger audience.

“Even though we are coming from as far as anybody other than Caribou, we always have a huge crowd,” Greenlaw said. “I just think that speaks to the togetherness of our community and the support that they have for the kids.”