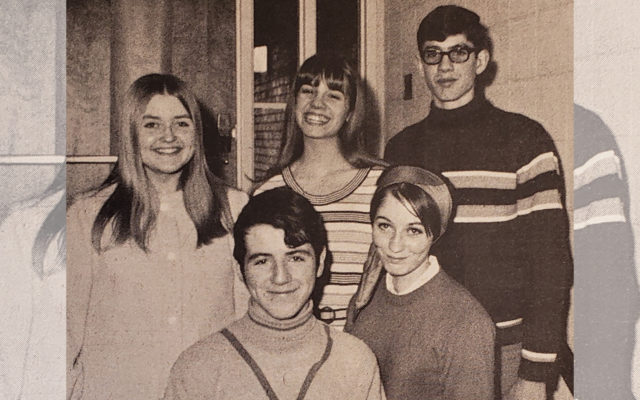 Compiled by Yvonne Tardie, Special to The County • February 12, 2020
Arthur O. Putnam was elected president of the Aroostook County War Chest at the annual meeting held in Presque Isle. He succeeded Dr. Clyde I. Swett of Island Falls who had served as head of the organization for the previous two years.

Promoted to Captain — Mr. and Mrs. G.W. Akeley received word that their son, Lt. Richard Akeley, had been promoted to the rank of captain. Capt. Akeley returned to his country late in 1944, after two years of campaigning against the Japs. Following a furlough spent in Presque Isle with his parents, he was sent to Oceanside, California, where he was stationed.

Promoted to First Lieutenant — Nathan White, son of Mr. and Mrs. Maurice White of this city, was promoted from second to first lieutenant. Lt. White was stationed in Paris, France.

Soldier of the Year — An enlisted man from Ashland, Army Specialist Five Robert G. O’Clair, was chosen Soldier of the Year at William Beaumont General Hospital in El Paso, Texas, where he was assigned. Major General Kenneth D. Orr, Beaumont Commanding General, conducted the formal presentation ceremony for the 21-year-old soldier, who was selected from a roster of Beaumont Hospital Soldiers of the Quarter for 1969. The specialist’s awards included a certificate of achievement, a $50 savings bond, a dress blue uniform, a one-year membership in the hospital NCO Club and an all-expense-paid trip to Washington, D.C., where he was presented with an award from the Army Surgeon General, Lieutenant General Hal B. Jennings, and was escorted on a tour of SGO facilities.

Foul shooting test — Miss Deborah Maynard, daughter of Mr. and Mrs. Perley Maynard of Washburn, a member of the senior class at Washburn District High School, was at Husson College in Bangor Feb. 14, to participate in the state girls’ championship foul shooting contest. She was accompanied by her coach, Timothy Humphrey, and Pauline Doody, her retriever. Miss Maynard shot 28 out of 35 attempts at the shoot-off held at Aroostook State College.

Allen second at EM meet — Three Presque Isle wrestlers earned berths in the Class A state wrestling finals slated for the weekend at Noble High School in Berwick. Dave Allen, Dustin Sprague and Shane Cote each placed in the top four in their respective weight divisions at the eastern Maine championships held at Mt. Ararat High School in Topsham to earn the chance to compete in the state meet. Allen placed second in the 189 division. He was pinned by Skowhegan’s Ross Sirois in the championship round. Sprague and Cote each placed fourth.

1,000-point scorer — Central Aroostook High School basketball player, Tim Brewer, was honored in late December, after he scored his 1,000th career point against the Beavers of Washburn District High School, in a game in Mars Hill. Brewer was presented with the game ball to commemorate the event.

For all it does to refresh us, burn energy and keep us sharp, we all need playtime, dogs and cats included. Sharing playtime with pets has the added benefit of strengthening the bond between us, so we better understand one another.
Campaign Corner END_OF_DOCUMENT_TOKEN_TO_BE_REPLACED