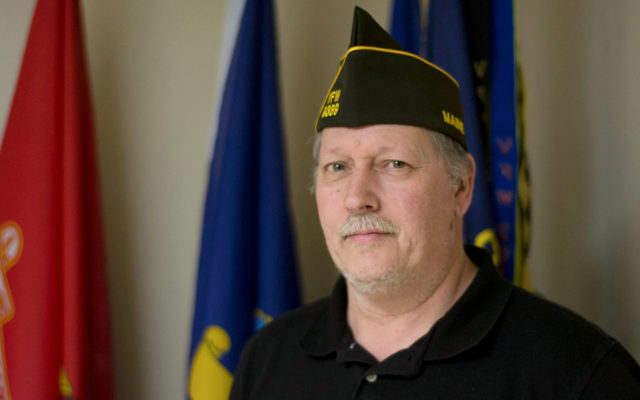 Contributed • February 14, 2020
Carl Smith, 53, has traveled the world for over two decades in the United States Navy and has since returned to his hometown of Fort Fairfield.

FORT FAIRFIELD, Maine — Carl Smith, 53, has traveled the world for over two decades in the United States Navy and has since returned to his hometown of Fort Fairfield. Now, he gives back to the community through his work at Loring Job Corps in Limestone and at the Caribou VFW.

Smith, who was born in Fort Fairfield, moved to Connecticut with his family at a young age and then back to his hometown as a third-grader. After seven years in Caribou, he returned to Fort Fairfield for 10th grade.

Smith said his plans after high school were, “Navy, all the way.”

When he first enlisted, Smith was an undesignated striker, later becoming a torpedoman.

“One of the weapons guys came up and asked if I wanted to be a torpedoman, and I said, ‘OK,’” he said

“We maintained and fixed anything that deals with weapon systems,” he said.

Throughout nearly a quarter of a century in the Navy, Smith collected many memories including one where his sub’s scope briefly broached the surface of the water, which could possibly give away its position. While the broach was very brief, rules concerning momentarily becoming visible can be stringent on subs.

“The captain came running out and screaming in his underwear and that was pretty funny,” he said.

Much of Smith’s time was spent in the Mediterranean, though only a couple of officials on the ship knew the exact coordinates.

“They took anything that would give a bearing, like a map, longitude, latitude and covered it up,” he said. “The commanding officer, executive officer, the navigator and officers of the decks would know, but nobody else knew where we were.”

After retiring in 2009, Smith spent a year with his parents and then began a career at Loring Job Corps in Limestone as a military prep instructor. Through Job Corps, he said he’s worked with some of the best students the school has to offer and has enjoyed getting them out in the community.

“We get the people out there in the community to look at Job Corps differently than they may have before,” he said. “Meeting Gov. Paul LePage was pretty good. He actually sat down with us and talked to a lot of the students.”

They have also met Gov. Janet Mills and took tours in Washington, D.C.

As far as what drew Smith back to Fort Fairfield, he said that being closer to his parents was a significant factor, along with the sheer beauty of the region.

“You’re not looking at skyscrapers or buildings. And to come up here and be able to see mountains as you’re coming up the interstate, Aroostook State Park, deer and moose — there are a lot of things in The County you aren’t going to see in the city,” he said. “And being in the Navy and going to the beach is fun, but it’s not for me.”

Smith has two children, one boy and one girl, both now in college. His daughter graduated from Job Corps, where she earned her high school diploma along with Microsoft Office Specialist, Certified Nursing Assistant, Peer Support Specialist and driving licenses.

Two years ago, Smith began serving as a Quartermaster, or finance officer, in the Caribou VFW.

“If I had to say something about the VFW, I guess it would be that I’d like to see younger people start getting involved,” he said. “You can get out in the community and help out your towns. We have people out there helping other veterans, and we also raise money for scholarships.”

Smith enjoys being able to give back to the community and also looks back on his military experience fondly.

“If they asked me to go back today, I probably would,” he said.

Only one member of Maine’s congressional delegation had come out in favor of impeaching President Donald Trump ahead of House Speaker Nancy Pelosi’s Tuesday announcement that the Democratic-led House of Representatives would begin an impeachment inquiry.
Pets END_OF_DOCUMENT_TOKEN_TO_BE_REPLACED

Last week, we received a phone call about a cat that was in desperate need of help. The young lady said she found a cat that was very skinny and crying and that there was blood in the snow.
Campaign Corner END_OF_DOCUMENT_TOKEN_TO_BE_REPLACED