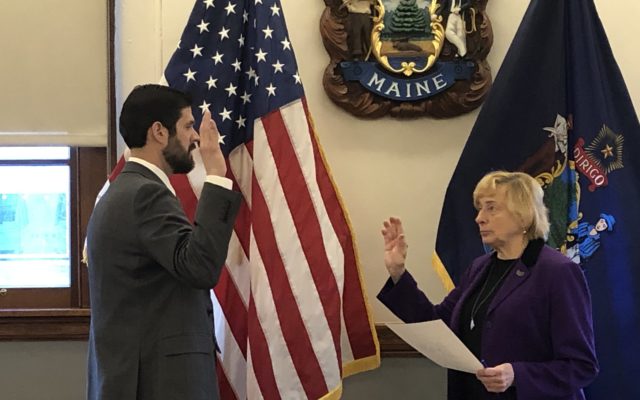 On Jan. 6, Nelson became one of four individuals whom Mills nominated to the Maine Superior Court or the Maine Supreme Judicial Court. After a hearing from the Joint Standing Committee on Judiciary on Jan. 28, the Maine State Senate voted to formally accept Nelson’s nomination on Jan. 30.

Nelson was sworn in as judge for the Aroostook County Superior Court on Jan. 31. He replaces Superior Justice Harold Stewart, who recently moved to Cumberland County to fill one of the vacancies created by the retirements of Superior Court Justices Roland Cole and Nancy Mills.

Nelson will primarily preside over criminal cases for Aroostook County at both the Caribou and Houlton superior courts. The remainder of this caseload will include civil lawsuits involving personal injury claims, medical malpractice, contract disputes and real estate and foreclosure.

From 2018 to early 2020, Nelson served as the District Court judge for Presque Isle and Houlton after he was sworn in by then-Gov. Paul LePage. He previously served as a lawyer and partner in the Houlton-based firm Severson, Hand and Nelson, where he specialized in civil litigation, family law, small business representation and estate planning.

“I’m honored to be able to continue working as a judicial officer in Aroostook County,” Nelson said. “I hope to continue the hard work that Justice Stewart has done to manage the court docket.”

Nelson will serve as Aroostook County Superior Court Justice for a term of seven years.

At the Houlton Humane Society, we take adopting the cats and dogs in our charge very seriously.
Campaign Corner END_OF_DOCUMENT_TOKEN_TO_BE_REPLACED