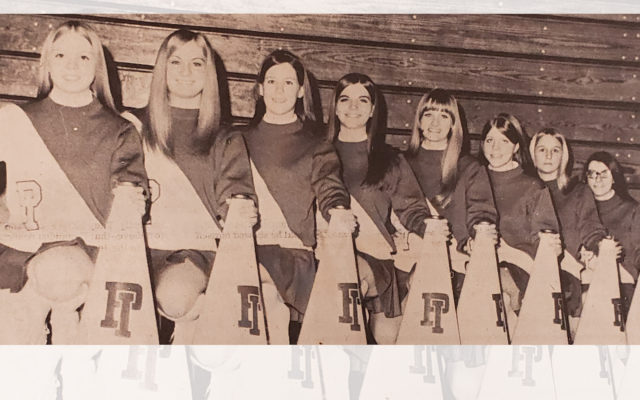 Carleton Whittaker received promotion — Mr. and Mrs. Bert Whittaker of this city received word that their son, Second Lt. Carleton L. Whittaker, was promoted to the rank of First Lieutenant.

Lieut. Whittaker was stationed at Greenville, Miss., as special intelligence officer at the Prisoner of War Camps.

Beck guest speaker at Rotary Club — Andrew J. Beck, Presque Isle attorney, was the principal speaker at the Rotary Club luncheon, presenting a brief but highly interesting outline of thotsihery, the history of banking the United States. The former Maine Bank Commissioner was introduced by the program chairman, Bert B. Brewer. William Taylor, manager of the Atlantic Commission Company Branch in Presque Isle, was introduced as a new member of the club.

Perrier honored — Edward G. Perrier of Presque Isle was honored with a man of the year award for the Maine agency of the Massachusetts Mutual Life Insurance Company. Perrier was the production leader of the state for the Maine agency, according to A.W. Hartley of Portland, general agent. During 1969, he placed in excess of $1 million of personal and business life insurance. Among other company honore, he qualified for a consecutive spotlight award, having placed $40,000 or more life insurance each month for one year.

Presque Isle mall appointed manager — There was a new face on the business scene and the fact that she was in charge of a multimillion-dollar venture didn’t phase her one bit. Patti J. Crooks, originally from Chicago, was named as the new mall manager of the Aroostook Centre Mall, transitioned from managing the Turnpike Mall in Augusta. She replaced Neil Rollins, who left the position in November 1994 to pursue a similar position in California.

New board members named at Husson College — Husson President William H. Beardsley announced the appointment of Virginia Pinkham of Ashland and Stephen Mitchell of Chepachet, Rhode Island, to the college’s board of trustees. The two new members were unanimously elected by the board. Educated as a nurse at Cornell University and Columbia University, Pinkham had been a leader in rural health in northern Maine. She worked as a school nurse and later as administrator for the Aroostook Valley Health Center. She served on the board of the center and as a corporator of The Aroostook Medical Center in Presque Isle.

At the Houlton Humane Society, we take adopting the cats and dogs in our charge very seriously.
Campaign Corner END_OF_DOCUMENT_TOKEN_TO_BE_REPLACED