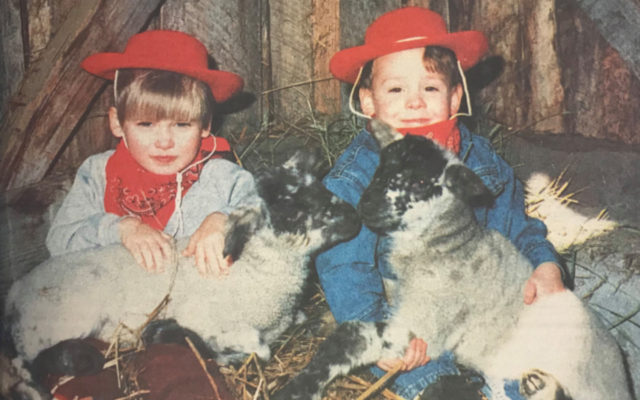 Lanette Virtanen • March 11, 2020
100 Years Ago - Mar. 17, 1920      Tractor School — Are you getting the service from your tractor or engine which the manufacturer intended it to furnish? Whether you are or not it will pay you to arrange to attend a tractor school which will be held at the store of the Putnam Hardware Company.

Tractor School — Are you getting the service from your tractor or engine which the manufacturer intended it to furnish? Whether you are or not it will pay you to arrange to attend a tractor school which will be held at the store of the Putnam Hardware Company.

This school instruction will be of much interest and profit to all farmers interested in Power Farming, as well as all operators of tractors or any internal combustion Engine. It is held by the Putnam Hardware Company in cooperation with the International Harvester Company, as a service to the community.

Attends lectures — Mr. and Mrs. O.B. Buzzell from Houlton, were visitors at the big exhibit of Southern California products maintained free to the public in the Los Angeles Chamber of Commerce. They also attended the lectures and moving pictures that are a part of the largest of any in the country maintained by a commercial organization. Before returning home, Mr. and Mrs. Buzzell expect to visit several of the many other places of interest in the Southland.

Accepts position — Roger Bell has accepted a position as office manager of the Snider branch of the General Foods Corp. here. He and Mrs. Bell are living at present at the Northland Hotel.

Business trip — Mrs. Harold Chadwick returned Tuesday by plane from Boston where she spent several days on business and also attended the Flower Show. Mrs. Chadwick was accompanied on her return by her daughter, Caroline Chadwick, SP (x) 2/c, a member of the WAVES who is stationed in Washington, D.C. En route to Houlton they spent a few hours between planes with Miss Patricia Cahdwick, who is employed by the Northeast Aviation Co. in Portland.

Award given — A total of 249 years of safe driving has been recognized by O’Donnell’s Express Company. Over 30 tractor-trailer drivers and freight men were honored at a Safety Breakfast at the Northeastland Hotel in Presque Isle sponsored by the safety department of the company, headed by Storer E. Eager. Awards for accumulative years of safe driving were given to each driver with a recently retired foreman at the Houlton terminal receiving the top award. Albert Sparrow won the award for 25 years of accident free driving; the number two man on the team is Gerald Trecartin of Pittsfield, who drives the Presque Isle to Springfield, Massachusetts, route and has 21 years of accident-free driving.

Honored — Mr. and Mrs. Merland Little of Linneus entertained recently at their home in honor of Mr. and Mrs. Donald Holmes, Houlton, who were observing their 50th wedding anniversary. Mr. and Mrs. Holmes were married by the Rev. Addington Giberson at Bath, New Brunswick, on Feb. 18, 1920.

Promoted — Linda G. Russell has been promoted to assistant vice president of Peoples Heritage Bank. She will continue to work as the Houlton Banking Center manager.  Russell has been in banking for 11 years and has served as a loan interviewer and assistant banking center manager. She joined Peoples Heritage in 1983. A resident of Linneus, she is a member of Financial Women International and the Rotary Club. She also serves on the advisory board of the Salvation Army.

Many of you have been following Luke's story on our Facebook page. Luke came to the Ark last July with his sister Lydia at 8 weeks old. Both Luke and Lydia were in really bad shape with untreated upper respiratory infection.
Campaign Corner END_OF_DOCUMENT_TOKEN_TO_BE_REPLACED