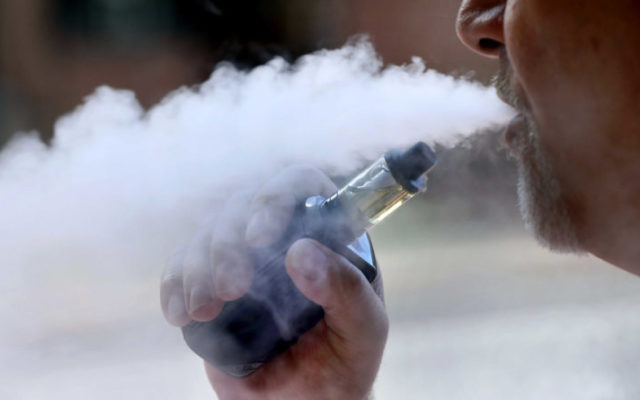 Contributed • March 16, 2020
A community education and awareness event on the dangers of vaping will be held from 7 to 9 p.m. on Friday, March 27, at the Presque Isle Middle School auditorium.

PRESQUE ISLE, Maine — A community education and awareness event on the dangers of vaping will be held from 7 to 9 p.m. on Friday, March 27, at the Presque Isle Middle School auditorium.

The event is being organized by the Presque Isle Kiwanis Club through a partnership with the Aroostook County Action Program and will feature skilled panelists talking about the dangers and threat to public health posed by vaping, especially to young people.

The public meeting will be an opportunity to learn about the trend and sort out the facts from myths surrounding vaping.

According to organizers, the rising popularity of vaping has been dramatic, especially among teen-agers, with a recent study citing about 37 percent of high school seniors reported vaping in 2018, up from 28 percent the year before. An estimated 2.1 million middle school and high school students reported using e-cigarettes in 2017; that number jumped to 3.6 million in 2018.

Investigations are continuing nationwide by the Food and Drug Administration, Centers for Disease Control and health officials into growing numbers of cases of chronic lung problems and whether there is a possible connection to vaping.

Kiwanis representatives said they hope the public will turn out in large numbers to learn about this community health issue and its impact on County youth and families.

The event is free and open to the community.

Bringing a new kitten into your home is exciting, whether this is your first or another addition. Your kitten will be entirely reliant on you to ease his/her transition to a new home.
Campaign Corner END_OF_DOCUMENT_TOKEN_TO_BE_REPLACED