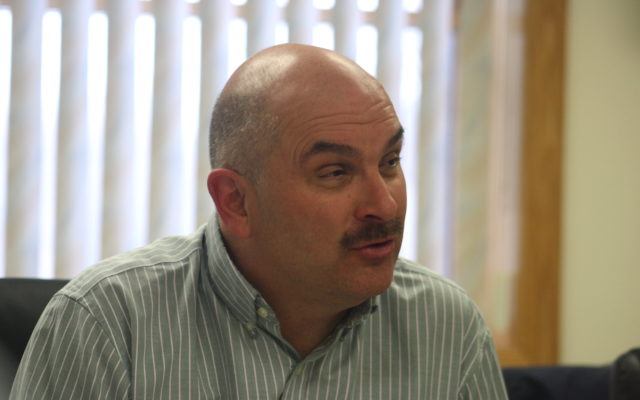 David Marino Jr. • March 18, 2020
Presque Isle International Airport Director Scott Wardwell said the airport served the most passengers for a February in more than a decade.

PRESQUE ISLE, Maine — In an airport advisory meeting on Tuesday, March 10, Presque Isle International Airport Director Scott Wardwell painted the airport as on the up-and-up, with its most passengers for a February in more than a decade.

Though he did not mention the virus in the meeting itself, Wardwell also said the COVID-19 Pandemic did not seem to be adversely affecting ticket sales so far, and that the airport was taking proactive measures to keep the airport and associated airplanes clean.

In Tuesday’s Presque Isle International Airport Advisory Board meeting, Wardwell said 1,079 passengers had boarded in February, the most for a February in 12 years. Wardwell said it was an impressive number for a month in which many opt not to travel due to cold weather.

Wardwell said it wasn’t just County residents who were increasing their presence at his airport. On the weekend of Feb. 29, he said the passenger parking lot at the airport was “completely booked,” with many American cars, but also dozens (33) with Canadian license plates.

Wardwell said the impressive February numbers were part of a more significant trend of success that the airport had experienced with United Airlines at the helm: last year, it had its best July in 12 years. Now, it was replicating that success in the wintertime.

The meeting on Tuesday came just a day before the World Health Organization declared COVID-19 a pandemic. Advisory board members and Wardwell did not extensively discuss the virus within the meeting.

On Wednesday, March 11, Wardwell said fears about COVID-19 did not appear to be adversely affecting ticket sales. While he said the airport had not seen any “significant decrease” in passengers, he said United’s liberal policy on reservation changes because of COVID- 19 might be encouraging people to keep flying.

The director said he expects the virus could lead to fewer people flying in the coming months. He said this was dependent on future events related to the virus.

Wardwell said his airport was not screening for COVID-19 — which he said was primarily being done by America’s largest airports. He said it was following Center for Disease Control recommendations concerning cleanliness and dealing with sick passengers, with airline and airport staff frequently disinfecting often-touched surfaces, such as tables, doorknobs, light switches and desks.

Wardwell also provided an update on an impending decision from the Department of Transportation on who would provide essential air service at Presque Isle International Airport beginning in July 2020. United, Silver Airways and Southern Airways Express all placed bids for the service.

Though it was initially believed the Department of Transportation would announce its final decision on the matter in February or March, Wardwell said he could not provide a timetable on when the DOT announcement will come. On Feb. 21, a DOT employee said the decision would arrive “in the coming months.”