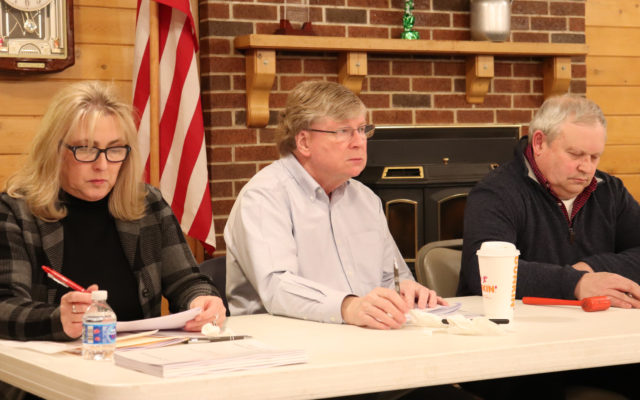 HOULTON, Maine — For the small town of Littleton, the annual town meeting was not expected to be a grandiose affair. There were no budget items that sparked any controversy, nor any heavily contested elections for the board of selectmen. Indeed, including all of the selectmen, the town manager, moderator and this reporter, a total of 14 people showed up to attend the meeting.

But that means the town meeting was well under 50 people — the number that Maine Gov. Janet Mills said should be the maximum number of people in holding a public gathering. The meeting was also held at the spacious Meduxnekeag Ramblers Snowmobile Club, allowing for plenty of “social distancing” between residents attending and the selectmen. In Massachusetts, gatherings have been limited to 25, while President Donald Trump said it should be limited to fewer than 10.

Other towns in Aroostook County, such as the town of Woodland right outside Caribou, have decided to postpone their town meetings indefinitely. But Littleton decided to go on with theirs.

“We knew there would be less than 25 people,” said Lorie Schools, the town manager for Littleton. “We were quite sure there were no large questions, nothing significant was on the budget.”

Max Lynds, a member of the F.A. Peabody insurance company and a trustee of the Houlton Regional Hospital who served as a moderator of the town meeting, said he’s been trying to keep up with all the latest updates.

“I’ve been in many discussions today about the virus, business-wise, closing businesses and keeping them open,” he said. “It’s been changing minute by minute.”

The meeting saw the re-election of two of the town’s selectmen, Barry Campbell and David Bartlett. Budget items included $160,000 for highways and bridges, $66,000 for snow removal and a motion to allow one of the selectmen enter into a contract to furnish a public ambulance service for $16,488, all of which passed.

Halfway Home Pet Rescue in Caribou has partnered with the Houlton Humane Society shelter for a cat spay and neuter clinic on Saturday, May 30, and Sunday, May 31, in Houlton.
Campaign Corner END_OF_DOCUMENT_TOKEN_TO_BE_REPLACED