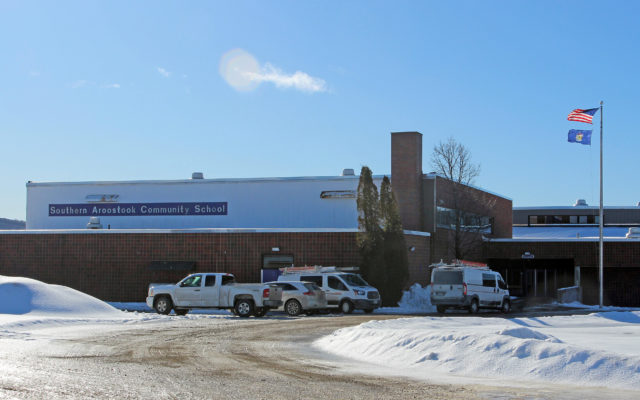 Contributed • March 25, 2020
Most school districts announced Friday, March 20, that they were extending their closures due to the coronavirus pandemic.

Schools in Aroostook County will be closed for a bit longer than originally planned. Most school districts announced Friday, March 20, that they were extending their closures due to the coronavirus pandemic.

Initially, schools were closing their doors for just two weeks, March 16-27, but those dates have been extended following recommendations by Gov. Janet Mills in an effort to slow down the coronavirus.

SAD 20 in Fort Fairfield announced that its schools will not open for classroom instruction until Monday, April 27, though it listed that date as tentative. It also announced that it was closing its central office to the public until further notice, with the office continuing to function with only “essential employees.”

SAD 42 in Mars Hill said in-person classes would not resume until “at least” April 27. Superintendent Elaine Boulier said that school facilities remain open to staff, but future closure could come for safety reasons.

The Easton School Department said it was unsure when in-person courses will resume, but said it was “highly unlikely” classes would resume before April 27.

SAD 32 in Ashland said it would not hold in-person classes until April 27 because of directives from state authorities.

SAD 45 Superintendent Larry Worcester said that Washburn schools will be closed for classroom instruction until April 27, with a decision on a longer closure being made at that time. He said the district was taking the step so it could “flatten the curve” of COVID-19 cases in Maine.

“We understand that this is a difficult time for many families and we continue to offer the best support we can during this time,” RSU 50 Superintendent Jon Porter said. “We are committed to keeping you updated on changes and new information regarding this situation. Please check back regularly on our school website for the most up to date releases of new information.”

During this period of time, the Remote Learning Plan remains in effect, Porter added. “The Remote Learning plan will be approved by the RSU 50 school board, in April, and the Maine Department of Education so we can continue providing learning services to our students,” he said. “Please let your children know that schools may be closed, but their learning has not been cancelled. We are working each day to make sure they can continue their education through a variety of remote learning activities.”

RSU 89 (Katahdin) Superintendent Marie Robinson and SAD 70 Superintendent Steve Fitzpatrick both said Friday that her schools would also be closed until Monday, April 27.

RSU 29 (Houlton) Superintendent Ellen Halliday said the earliest possible return to classes would be Monday, April 27, as well. “That is our best estimation with what we know right now,” she said. “I will update my district as we move further along.”

Halfway Home Pet Rescue in Caribou has partnered with the Houlton Humane Society shelter for a cat spay and neuter clinic on Saturday, May 30, and Sunday, May 31, in Houlton.
Campaign Corner END_OF_DOCUMENT_TOKEN_TO_BE_REPLACED