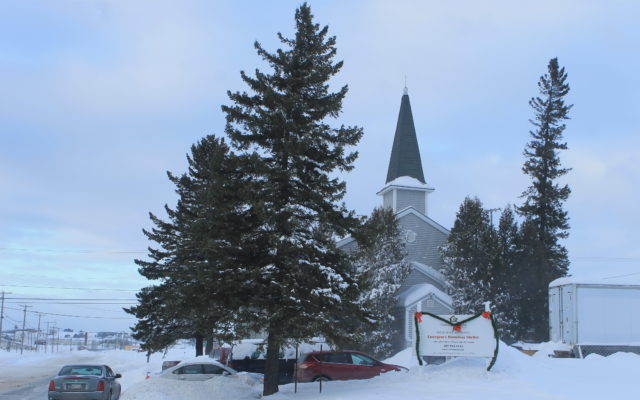 Aroostook’s homeless are vulnerable to COVID-19, but counting them proves a difficult task

Alexander MacDougall • April 26, 2020
Aroostook County, like everywhere in the country, has its share of people who are homeless. But gauging just how many people who are lacking in housing, and therefore more vulnerable should the virus spread farther up the state, can be a challenge.

HOULTON, Maine — Among homeless populations, risk of infection and the severity of COVID-19 are particularly notable.

The Center for Disease Control and Prevention notes that several challenges face those going through homelessness when trying to distance from the disease.

Shelters and other services may be in congregate settings, preventing social distancing guidelines, and many homeless tend to be older and have underlying medical conditions, making them more susceptible to the more severe effects of the disease.

Aroostook County, like everywhere in the country, has its share of people who are homeless. But gauging just how many people who are lacking in housing, and therefore more vulnerable should the virus spread farther up the state, can be a challenge.

For one, there is only one homeless shelter service in The County — Homeless Services of Aroostook, which has two seperate shelters, Aroostook Bridge and the Sister Mary O’Donnell Emergency Homeless Shelter.

The University of Maine at Presque Isle has also converted its gym into a temporary shelter to assist against the spread of the virus.

But all of these services are located in Presque Isle, meaning for people who are homeless in other parts of The County — which is greater than the size of the states of Rhode Island and Connecticut combined — may have difficulty getting access to the shelter.

But the shelter receives people from all over The County and even from other parts of Maine and out of state, Melanie Bubar, associate executive director and housing manager for Homeless Services of Aroostook, said.

The shelters received a total of 161 people during 2019, who stayed for a combined 4,705 nights, Bubar said.The shelter at UMPI has also received eight people since opening up earlier in the month.

Another factor that puts the homeless at risk and makes them difficult to count is that some may be couch-surfing at residences of family or friends, or that personal lifestyle choices may cause them not to seek assistance, Houlton Police Department Chief Tim DeLuca said.

“They like that style of living — it’s something that they’ve chosen,” he said. “Oftentimes, even though there might be services available, the individual chooses not to take advantage of those services. That has been the case with a couple of individuals in the town of Houlton.”

Mental health also plays a significant role in homelessness. Fear of being stigmatized may prevent those without secure housing from seeking help, and therefore not be counted among the population of homeless people.

“The mental health issues experienced due to being homeless can be different for different people,” said Brian Chalpa, the northern regional manager for Community Health and Counseling Services, which has an office in Houlton. “There can be a sense of mourning and loss similar to what one experiences due to the death of a loved one. The loss of a place to live can also be embarrassing to some people and there can be a sense of shame.”

Still, DeLuca said Houlton Police Department stands by to assist any homeless person with getting any help they may need, including receiving treatment if they are ill.

“They may look a little different because of COVID-19,” he said. “But the services that we do provide in our community and throughout The County are absolutely still available.”

For the first time since 2019, there is competition for open seats on the Houlton Town Council
Pets END_OF_DOCUMENT_TOKEN_TO_BE_REPLACED

We hope everyone enjoyed a wonderful holiday season and is looking forward to the new year.  December was a busy month at the Central Aroostook Humane Society with so many people and businesses bringing in much-needed supplies and monetary donations, which help us to take care of the special temporary pets in our care.
What's Happening This Week END_OF_DOCUMENT_TOKEN_TO_BE_REPLACED