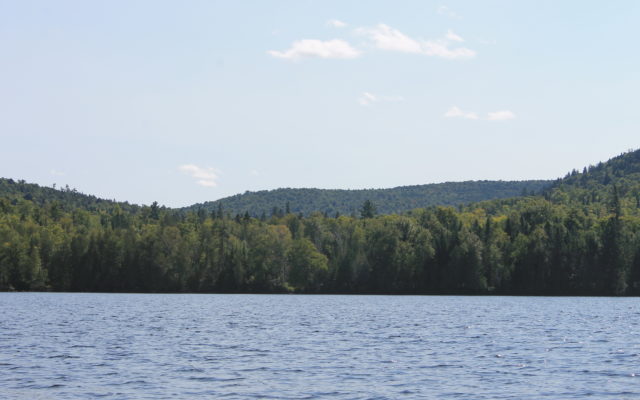 Anthony Brino • April 27, 2017
A mining reform bill backed by the Natural Resources Council of Maine received the green light from a key committee Wednesday, but the action also opened up a rift among environmental advocates, with some arguing that the state should ban large-scale metal mining outright.

AUGUSTA, Maine — A mining reform bill backed by the Natural Resources Council of Maine received the green light from a key committee Wednesday, but the action also opened up a rift among environmental advocates, with some arguing that the state should ban large-scale metal mining outright.

The Maine Legislature’s Joint Environment and Natural Resources Committee voted 12-1 April 26 that LD 820 ought to pass and move ahead to the full Legislature for a vote.

In the midst of the Department of Environmental Protection’s third attempt to craft regulations implementing the 2012 law, the NRCM worked with a number of lawmakers to put forward LD 820 — creating a potential pathway for permitting metal mines while controlling or prohibiting some of the most risky mining practices.

The 2012 law “does not have adequate protections,” said Rep. Ralph Tucker, D-Brunswick, who supported the bill. 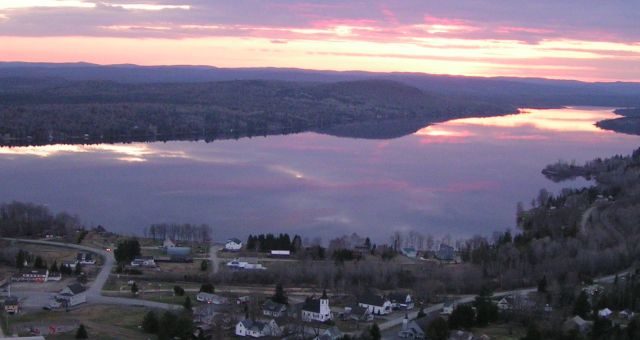 An aerial view of Portage Lake, one of the gateways to the North Maine Woods and the home of a waterbody some feel could be threatened by open pit mining at Bald Mountain.
(File photo)

“LD 820 is the best way forward to protect Maine ground and surface waters from acid mine drainage,” Tucker said. “These protections are precedent-setting in the United States.”

Critics charge that the 2012 law was pushed through by lobbyists for J.D. Irving to accommodate the forest products company’s interest in potentially developing a mine for copper and other metals at Bald Mountain in Aroostook County. The DEP’s proposed regulations under the 2012 law have been twice voted down by lawmakers amid concerns that they would allow large open pit mines with significant water and waste issues that could potentially put taxpayers on the hook for pollution cleanup.

The original sponsor of the 2012 law, environment and natural resources committee member Rep. John Martin, D-Eagle Lake, also voted in support of LD 820. Martin said he has come to believe that it would be possible to mine without open pits and large waste impoundments, two common features of many traditional metal mines.

LD 820 would amend the 2012 law with numerous changes and requirements.

The bill would would ban open pit mines larger than three acres or with more than one “bench,” a ledge created in a mine wall to stabilize pits and serve as a pathway for equipment and trucks.

This would effectively ban open pit mines and require underground shaft mines, which are more expensive for metal mining but have a smaller footprint on the landscape.

The bill also would prohibit the use of wet mine waste and tailings impoundments for storing waste rocks, which produce acid mine drainage and other naturally-occurring contaminants. Mines would instead be required to practice “dry waste management,” storing the waste rock in lined structures that are designed to prevent water buildup and runoff.

The bill would prohibit groundwater contamination anywhere outside the immediate mine shaft and require a range of monitoring for water quality, whereas the 2012 law allowed virtually unlimited contamination inside a broadly defined “mining area.”

The bill also would require a financial assurance to be posted by the company to cover cleanup and remediation costs in the event of a mine failure.

Nick Bennett, staff scientist with the NRCM, has spent the past five years working to oppose the 2012 law and its proposed regulations. Recently, he helped craft LD 820 and now thinks it has the strongest set of mining regulations in the country, along with a good chance of passing the Legislature.

“This law bans the most dangerous parts of mines and prohibits mines from Maine’s most sensitive areas,” he said. Bald Mountain, located in the North Maine Woods, sits in the headwaters of the Aroostook and Fish rivers.

But some other environmental advocates are splitting with the NRCM over the bill because they argue that any type of metal mining would be too risky for Maine’s water-rich ecosystems.

“There has not been a mine anywhere that has not contaminated the surrounding groundwater,” said Shelly Mountain of Mapleton, a member of the Association for the Protection of Aroostook Waters. “How does water stay where you tell it to? Bald Mountain is wet all year long.”

Mountain said the group will be urging lawmakers to vote against LD 820 and instead support legislation that would ban metal mining or revert back to the mining regulations adopted in 1991.

“Essentially, what we had was a ban,” she said, referring to the 1991 regulations. There has been no large-scale metal mining in Maine since 1977.

Rep. Denise Harlow, D-Portland, also is opposing LD 820 and was the lone member of the legislative committee to vote against the bill. Harlow said she could not support legislation that permitted groundwater pollution from mining, referring to the provisions of LD 820 that would limit groundwater contamination to the area within the immediate mining shaft.

“I understand they would rather ban mining,” Bennett said, responding to environmental critics of LD 820. “But it’s the most protective mining law in the country and I don’t think a repeal of the 2012 law is going to pass.”

Bennett noted that the ideas behind major provisions in LD 820, such as banning wet waste impoundments, were opposed by Irving lobbyists during the creation of the 2012 law.

He also said that LD 820 would create a high bar for mining companies and likely rule out the creation of large metal mines.

“I think it’s possible to have a small underground mine in a valuable ore deposit that is not a big threat to the environment.”

On Monday May 1, the Environment and Natural Resources Committee voted “ought not to pass” for four of the remaining mining-related bills, including proposals to institute a moratorium on mining, set up an expert task force to develop new regulations and prohibit mining of defined massive sulfide deposits. LD 254, the bill that would approve the DEP’s proposed regulations under the 2012 law, was tabled.

Members of the Houlton Band of Maliseets will head to the ballot box in order to determine who will be elected as their new tribal chief.
Pets END_OF_DOCUMENT_TOKEN_TO_BE_REPLACED