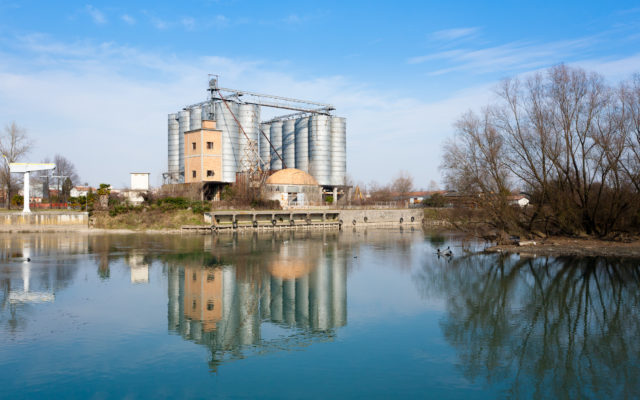 Jen Lynds • February 6, 2018
Residents of the Houlton Mobile Home Park are being supplied with bottled water after testing of the well water that supplies the facility revealed an abnormality.

HOULTON, Maine — Residents of the Houlton Mobile Home Park are being supplied with bottled water after testing of the well water that supplies the facility revealed an abnormality.

A water sample from the park well confirmed that the level of poly and perfluoroalkyl substances, or PFAS’s, in the water is above the health advisory level set by the U.S. Environmental Protection Agency, according to park officials. Representatives of the Department of Health and Human Services Drinking Water Program were involved in the water testing. State officials could not immediately be reached for comment.

The park is located off the Old Woodstock Road, near Houlton International Airport, Noreen Pease, property manager of the park said Thursday.

PFAS are man-made chemicals that have been used in industry and consumer products worldwide since the 1950s. They have been used in non-stick cookware, water-repellent clothing, stain resistant fabrics and carpets, some cosmetics, some firefighting foams, and products that resist grease, water, and oil.

The EPA developed a drinking water level health water advisory level of 70 per parts trillion. A water sample collected in November from the well that serves the Houlton Mobile Home Park was tested and resulted in a reading of 70.6 parts per trillion, according to Pease. She said that a second water sample tested in December also was not safe to drink.

The mobile home park is not supplied with water by the Houlton Water Co, but by a private well. She said that Houlton International Airport used to be an air base during World War II and fires may have been extinguished with chemicals that contaminated the groundwater.

Houlton Town Manager Bill MacDonald said Monday that the Houlton International Airport is supplied water through the Houlton Water Co. and not  private a well.

Ark Animal Sanctuary, which is located right across the street from the mobile home park, also has its own well. But Lorraine Monfils, who owns the animal sanctuary and also the Hollywood Pet Salon, said in a post on the group’s Facebook page that water from the facility’s well was tested and that the results were fine. As a precaution, however, animals at the facility are still going to be drinking bottled water until the well water is tested again.

“We are also going to supply our pets with coolers full of water as well until this is taken care of,” she said. “I don’t know how long it will take, but it could take up to three months.”

Next year's Caribou City Council will include a new member and a longtime councilor thanks to Tuesday's election.
Pets END_OF_DOCUMENT_TOKEN_TO_BE_REPLACED

Everyone who enjoys the company of a dog knows that sometimes dogs have strange behaviors.  They may arrive in your life with the behaviors already in place, or perhaps they are adopted as a puppy and develop a behavior young.
What's Happening This Week END_OF_DOCUMENT_TOKEN_TO_BE_REPLACED