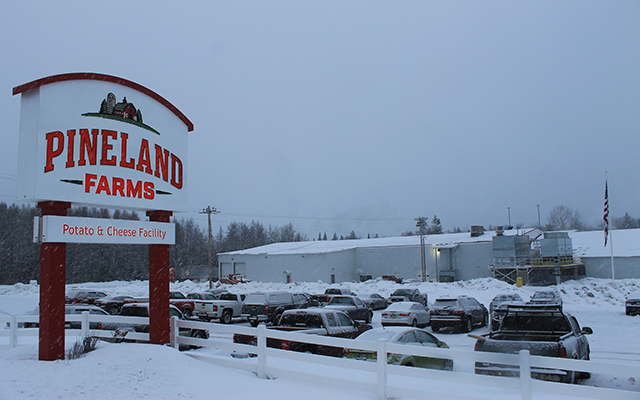 Bob Evans purchased Pineland Farms Potato Co. from the Libra Foundation for $115 million last year, announcing the deal in January and closing in the spring.

The sale to Bob Evans was meant to give the Pineland factory a parent organization with a larger reach in the food industry, said Bill Haggett, the CEO of Pineland in an interview at the time. Pineland was founded in 1997 as Naturally Potatoes and went through multiple ownership structures before being acquired by the nonprofit Libra Foundation in 2010 and then sold last year.

It is not clear specifically how Pineland Farms potato products will fit into the portfolio of food brands under Post Holdings. The company did not respond to a media inquiry.

In a press release on Jan. 11, Post Holdings officials said the company is forming a refrigerated retail business unit and a foodservice business unit.

A familiar face to Aroostook County residents has announced her candidacy for the Maine State Senate.
Pets END_OF_DOCUMENT_TOKEN_TO_BE_REPLACED

When 14-year-old Isaiah Belyea of Caribou began volunteering for Halfway Home Pet Rescue three years ago, he never imagined that his love for animals would quickly turn into a budding career.
What's Happening This Week END_OF_DOCUMENT_TOKEN_TO_BE_REPLACED