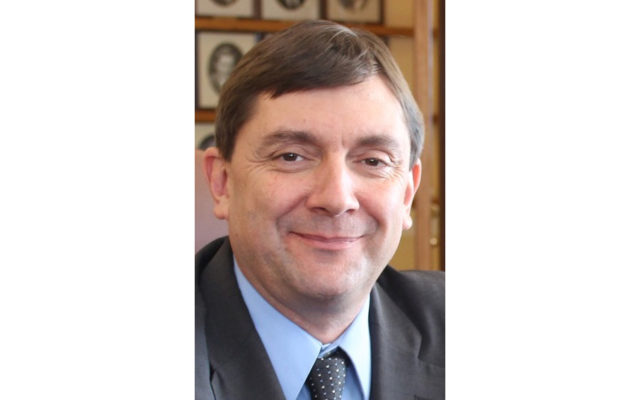 Jen Lynds • July 6, 2018
A bill by Sen. Troy Jackson, D-Allagash, to lower the cost of prescription medicine for Maine seniors and families was enacted without the governor’s signature on Thursday.

AUGUSTA, Maine — A bill by Sen. Troy Jackson, D-Allagash, to lower the cost of prescription medicine for Maine seniors and families was enacted without the governor’s signature on Thursday.

The new law from the state senate democratic leader aims to lower drug costs by forcing brand-name drug producers to follow federal law by providing samples of their drugs to generic producers, so that generic alternatives may be sold when the drug’s patent expires.

Jackson noted that the skyrocketing cost of prescription drugs is impacting Mainers across the state and forcing them to choose between medicine and basic necessities.

“Now, Maine seniors and families will have access to more affordable prescription medicine,” said Jackson. “While I am glad to see this bill become law, I know we must continue to fight to lower health care costs for the people of Maine.”

The Food and Drug Administration currently requires pharmaceutical producers to make their name-brand drugs available to generic manufacturers when patents expire. However, large drug companies often abuse FDA rules to shield their products from generic competition which could make cheaper copies of the medications.

Earlier this year, the FDA released a list of drug manufacturers federal officials said were skirting the law in an attempt to shame the companies into compliance.

The new law Jackson supported amends the Maine Pharmacy Act to require that a drug distributed in Maine be made available for sale to an FDA-approved generic drug manufacturer who is seeking to develop a cheaper alternative. The bill was amended in the Senate to protect name-brand producers from liability in lawsuits involving generic medications created under the terms of the law.

Generics typically are 80-85 percent less costly than the equivalent brand-name drugs and are prescribed more than 90 percent of the time when available. Generics saved Maine $1.05 billion in 2016, including $156 million in savings for Medicaid, according to Jackson.

The bill will take effect 90 days following the end of the special legislative session. The Legislature is set to return July 9 to consider vetoes and any outstanding legislative business.

Next year's Caribou City Council will include a new member and a longtime councilor thanks to Tuesday's election.
Pets END_OF_DOCUMENT_TOKEN_TO_BE_REPLACED

Everyone who enjoys the company of a dog knows that sometimes dogs have strange behaviors.  They may arrive in your life with the behaviors already in place, or perhaps they are adopted as a puppy and develop a behavior young.
What's Happening This Week END_OF_DOCUMENT_TOKEN_TO_BE_REPLACED