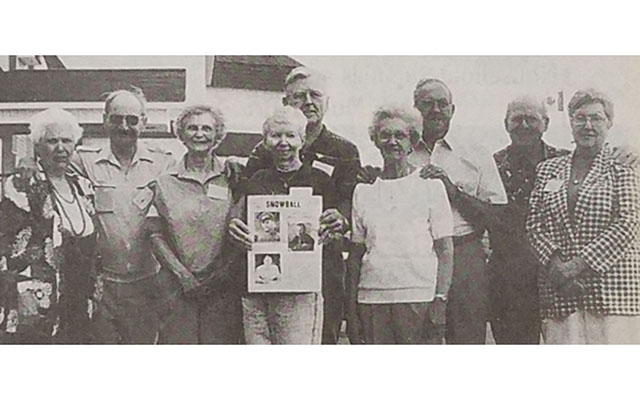 Contributed • July 19, 2018
Rod sales increasing -- Mr. J. L. Turner, agent for Dodd and Struthers system of Lightning protection, sold up to the 18th of July 26,000 feet of rod and had many other orders ahead

Rod sales increasing — Mr. J. L. Turner, agent for Dodd and Struthers system of Lightning protection, sold up to the 18th of July 26,000 feet of rod and had many other orders ahead. He was engaged in New Sweden, where he had a number of large jobs. He reported very ready sales, as people were getting better and better educated to the necessity of this form of insurance against fire loss, and especially to the superior value of the Dodd and Struthers system.

Closing a deal — Mr. Renaud of potato dealer I. Renaud and Company of Fall River, Mass., was in town and closed a deal with Mr. Chas. Melville to represent his firm as buyer on joint account the following season. Mr. Renaud reported the potato crop prospects generally good as regards an average yield.

Re-elected — Three hundred and fifty members and guests of Maine Potato Growers, Inc. attended the local cooperative’s annual meeting and banquet at the Presque Isle High School auditorium. Prior to the banquet, the annual business meeting was held for members and their wives. Members were pleased to learn that the association had enjoyed a most successful year, increasing its tonnage 1,200 cars; setting up substantial reserves and for the first time in its history, paying a patronage dividend to its members. Immediately following the meeting, the following officers were elected, Frank W. Hussey, president; M. E. Smith, vice president; O. H. Lovely, treasurer; and Harley D. Welch, secretary.

Lumberjack champion — Lester Pelkey of Ashland was named the grand champion of the fifth annual Northern Maine Lumberjack Round-up. The Round-up was held at the community park in Ashland on July 13 and 14. More than 6,000 people gathered at the park to watch the two-day event. Helicopter rides were offered to the public along with amusement rides for the children. Charlie Robinson, the Maine Forestry Service pilot at Portage Lake, water bombed a fire in the north end of the park. The fire was started by forestry officials for the demonstration.

New women’s dorm — Ground continues to be broken at Aroostook State College of the University of Maine. Rathburn Company of Presque Isle was awarded the contract for a new women’s dormitory which was already under construction. The site of this dormitory is where the farm building previously stood on the Houlton Road and just north of Fish Street. It was scheduled for completion and occupancy in September of 1969, housing 90 women.

Red Cross chief — The Pine Tree Chapter of the American Red Cross announced the appointment of Larry R. Harrison as branch manager for the Aroostook County branch office in Presque Isle. Harrison had recently retired from the U.S. Air Force, having served at Loring Air Force Base for the previous 16 years. Prior to retiring, Harrison managed the 85-member Base Honor Guard team that logged over 4,300 hours each year in events in central and northern Maine.

Doctoral funding — Elizabeth DeMerchant of Easton was awarded, for the second year in a row, a $2,000 fellowship from the Electrical Women’s Round Table Inc. for her advanced study in the field of household equipment research and consumer education and for her pursuit in the promotion of the efficient use of electricity. A graduate of the University of Maine, Farmington, and a doctoral candidate at Virginia Polytechnic Institute, she received the 1993 Julia Kiene Fellowship again from the only independent organization of women in the electric industry.