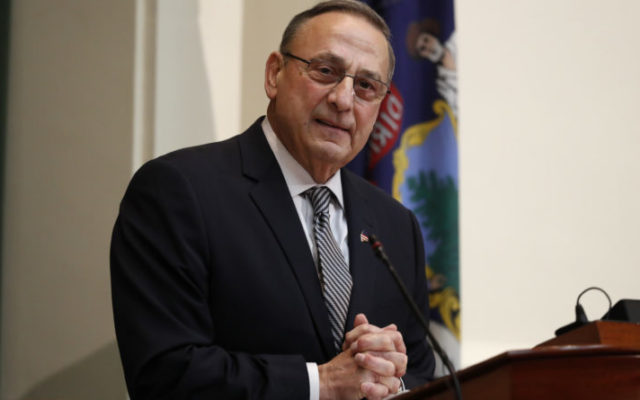 Michael Shepherd • September 12, 2018
Good morning from Augusta, where the Maine Legislature is set to return on Thursday with almost nothing left to fight about and seemingly ready to end a marathon 2018 session that has now stretched nearly five months past its scheduled adjournment.

Good morning from Augusta, where the Maine Legislature is set to return on Thursday with almost nothing left to fight about and seemingly ready to end a marathon 2018 session that has now stretched nearly five months past its scheduled adjournment.

But it wouldn’t be the end of a Legislature’s tenure without a veto letter from Gov. Paul LePage, and the record-smashing governor delivered what will likely be his final one on Tuesday. It’ll be the highlight of what’s shaping up to be a mostly rote day in Augusta.

The governor vetoed a bill intended to cover unforeseen 2018 election costs and issued a wistful letter also blasting lawmakers for “insouciant oversight.” If this is indeed the last veto letter, LePage — who has vetoed more billsthan the last 23 governors combined — will have ended his veto tenure in peak LePage form. The Republican will leave office in January.

LePage’s target was a last-ditch bill giving $334,000 to Secretary of State Matt Dunlap, a Democrat who rushed into a snap legislative committee hearing last month to tell them he needed the extra money to cover unforeseen ranked-choice voting costs for congressional elections.

To read the rest of “LePage takes a parting shot at legislators in what’s likely to be his last veto letter,” an article by contributing Bangor Daily News staff writer Michael Shepherd, please follow this link to the BDN online.

Only one member of Maine’s congressional delegation had come out in favor of impeaching President Donald Trump ahead of House Speaker Nancy Pelosi’s Tuesday announcement that the Democratic-led House of Representatives would begin an impeachment inquiry.
Pets END_OF_DOCUMENT_TOKEN_TO_BE_REPLACED

We think a cat can make for the best pet in the world. To truly love a cat, you must learn to accept them for what they are -- unpredictable and quirky, which is something unique and unlike any other pet.
Campaign Corner END_OF_DOCUMENT_TOKEN_TO_BE_REPLACED