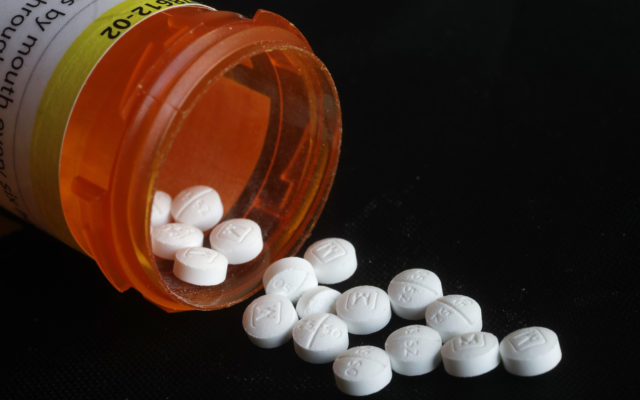 But the statewide prescription drug abuse prevention program, which saw significant success in its efforts, has now disbanded due to a lack of grant and state funding.

Clare Desrosiers, the former executive director of the organization, said on Thursday that in the end, it was “the state who dropped the ball on the issue.”

Diversion Alert initially was established in Aroostook County in 2009 before being expanded statewide in 2013 with funding from a two-year grant from the Maine attorney general’s office.

The Legislature later allocated $95,000 and Desrosier wrote and acquired grant funding to keep it going.

But the state money and grants dried up and by October of 2017, Desrosier had to leave “because I needed a job. Funding for the position still was not there.”

She said representatives of the state Department of Health and Human Services contacted Diversion Alert’s administrative assistant about funding in June, but by that time, the agency had gone without funding for nine months. That effectively forced the board to dissolve the nonprofit, she said.

Over the past five years, Diversion Alert had found success in changing doctors’ prescribing behaviors and improving patient care in Maine. The program provided secure online access to drug arrest data to health care providers so they could identify patients at risk of overdosing, in need of addiction treatment, or engaged in illegal prescription drug distribution.

Diversion Alert and the Husson School of Pharmacy also began an initiative in 2016 called Wabanaki Pathway to Hope and Healing, which included Take Home Naloxone programs in each of the five tribal clinics in the state.

Gordon Smith, executive director of the Maine Medical Association, said this month that it was sad that Diversion Alert was disbanded, but he indicated that the state’s Prescription Monitoring Program was still working. The program is administered by the Office of Substance Abuse and Mental Health Services within the Maine Department of Health and Human Services. It provides doctors, other prescribers and pharmacists medical information about all controlled substance prescriptions dispensed to patients in Maine through another online, password-protected database.

“We have had this program since 2004 and under a law passed in 2016, doctors have new regulations that they must adhere to when prescribing opioids,” he said.

The 2016 prescribing law set in place a number of regulations, including limiting patients to a dose equivalent to 100 milligrams of morphine per day and capping prescriptions at seven days for acute pain and 30 days for chronic pain. It also requires prescribers to check the online prescribing database to make sure their patients aren’t “doctor shopping” — visiting multiple medical practices to obtain several prescriptions for commonly abused drugs.

“While I think it is too bad that the state couldn’t find the small amount of money that Diversion Alert requested, there are still safeguards in place,” said Smith.

He also said that more federal money could come forward to allow Diversion Alert to be restarted.

Darrell Crandall, northern division commander for the Maine Drug Enforcement Agency, said Monday that he had served on the board of Diversion Alert for several years.

“It is too bad that funding dried up,” said Crandall. “It was a worthwhile program.”